Disbelief is right there all the time: Maynard Flip Flap

[dropcap style=”font-size:100px; color:#992211;”]A[/dropcap]
robust sense of humour and a flippant regard to conventional signifiers of personal dignity are prerequisites when called to the theatre. Particularly street theatre.

Rick Allan, one half of Maynard Flip Flap, (also one half of the Tap Dancing Turkeys, full member of 1st Yorkshire Unicycle Display Team and Co-producer of Cabaret Boom Boom) brings a pithy sensibility and a disarmingly candid lucidity to Trebuchet’s continuing enquiries into street spectacle.

What’s the big idea behind your company, what do you aim to do?

Cheer myself and others up a bit.

We all need a laugh.

What I do is ridiculous, disbelief is right there all the time…. 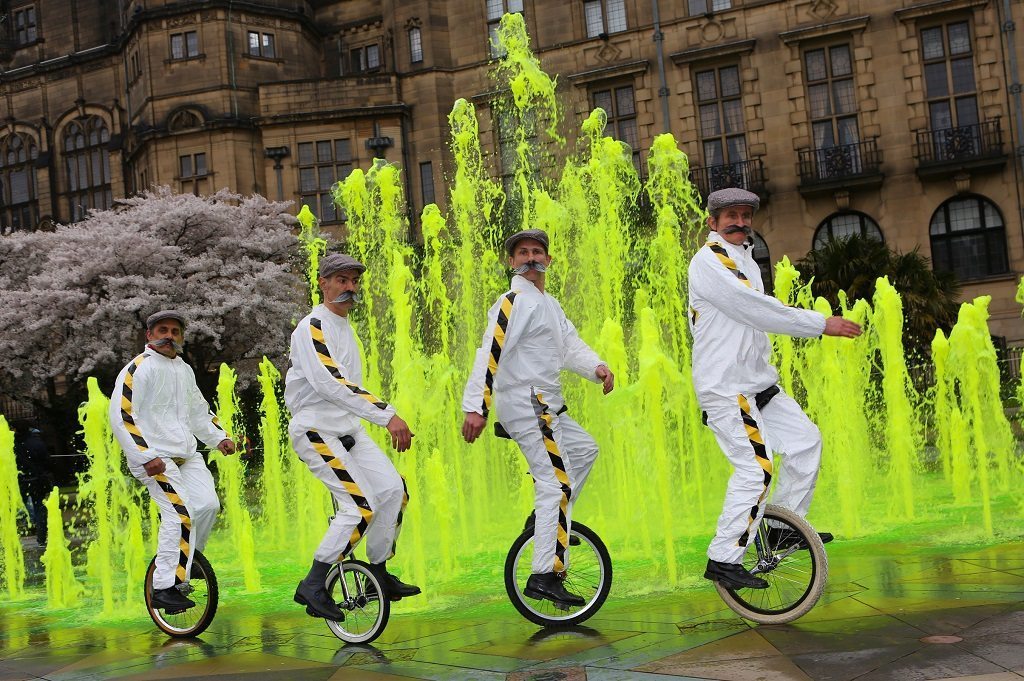 How do local authorities help or hinder what you do?

Lack of events and budgets has made the art of street threatre much harder since 2008.

How do you hold the attention of an audience who can wander off at any point?

I use every trick in the book!

Are you driven mad by audiences fiddling with their phones?

I hadn’t noticed, photos are fun to do in a show.

At its purest, street theatre needs only an empty space and an actor. That said, what equipment (lighting, sound, props, etc) has the most impact on the performance?

Anyone willing to give me the time of day… then the fun is to draw them into the audience so they won’t even think about leaving.

Are certain locations always better than others?

What constraints are there on your work?

I’ve set my own constraints. I’ve toured different types of shows over 25 years. These days, just enough props to fit in a bag you don’t have to carry. I’m a fan of old style shopping trolleys. 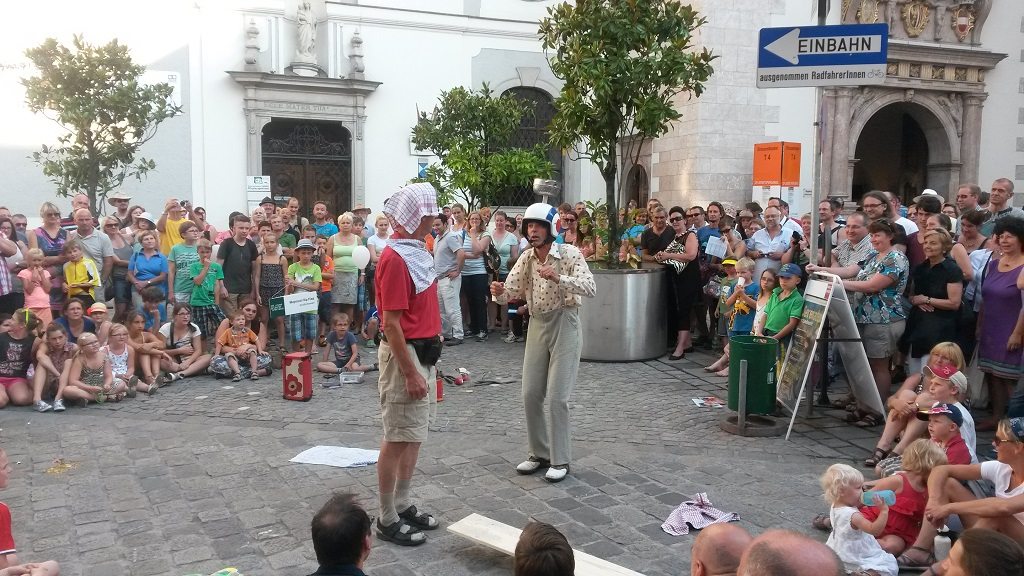 Have you ever had your work stopped by authorities?

Is there a vetting process before permission to perform is given?
Read more in Issue 3 of Trebuchet magazine, available here.