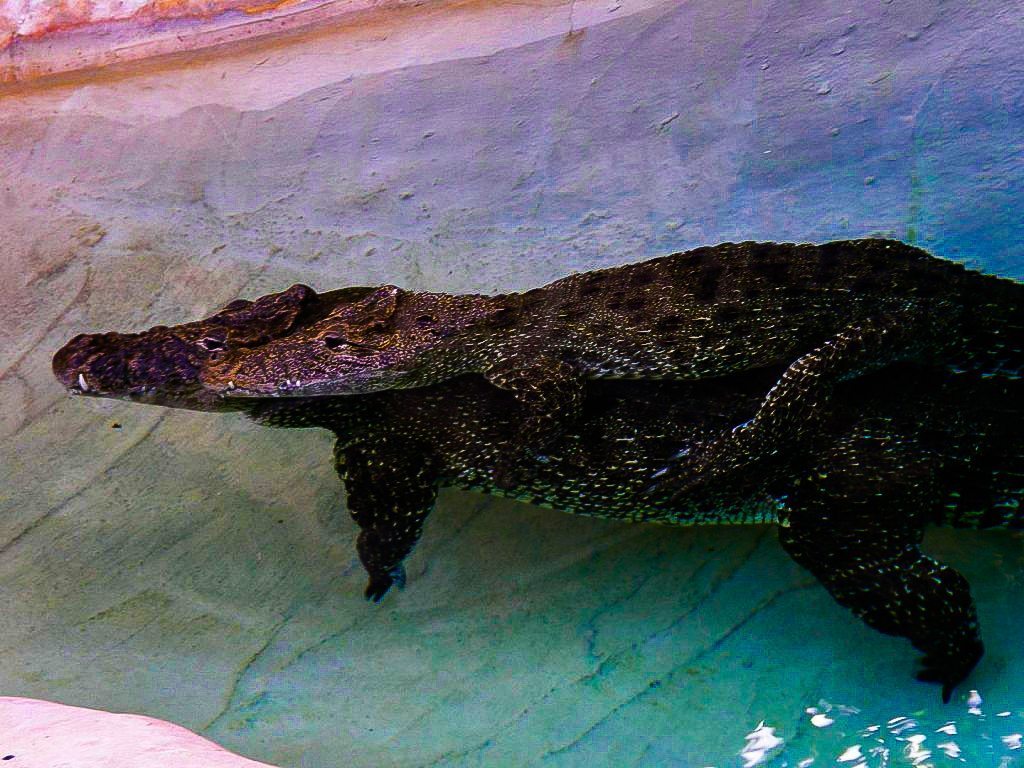 [dropcap style=”font-size:100px; color:#992211;”]B[/dropcap]uried towards the bottom of this otherwise heartwarming news item is an unexpected twist that may cause very disturbing dreams.

Turns out we may have more in common with crocodiles than we’d ever dream. According to research by a psychology professor at the University of Tennessee, Knoxville, crocodiles think surfing waves, playing ball and going on piggyback rides are fun, too.

Vladimir Dinets, a research assistant professor in psychology, has studied crocodiles for a decade. While doing so, he has observed the animals engaging in play-like behavior. To get more data, he conducted an informal survey of crocodilian-themed groups on social media and various conferences.

His results show a softer side of the intimidating creatures–one that includes romping around with river otters and people. The findings could shed light on how intelligence has evolved.

The research shows that crocodilians engage in all three main types of play distinguished by behavior specialists: locomotor play, play with objects and social play. Play with objects is reported most often. Crocodilians have been spotted playing with wooden balls, noisy ceramic bits, streams of water, their prey and debris floating in the water. Cases of locomotor play include young alligators repeatedly sliding down slopes, crocodiles surfing ocean waves and caimans riding currents of water in their pools. Observed cases of social play include baby alligators riding on their older friends’ backs, baby caimans playfully “courting” each other and a male crocodile giving his lifetime mate rides on his back.

Crocodiles have also been seen playing with other animals. Dinets observed a juvenile alligator playing with a river otter. In rare cases, individual crocodilians have been known to bond so strongly with people that they become playmates for years. For example, a man who rescued a crocodile that had been shot in the head became close friends with the animal. They happily played every day until the crocodile’s death 20 years later.

“The croc would swim with his human friend, try to startle him by suddenly pretending to attack him or by sneaking up on him from behind, and accept being caressed, hugged, rotated in the water and kissed on the snout,” said Dinets. 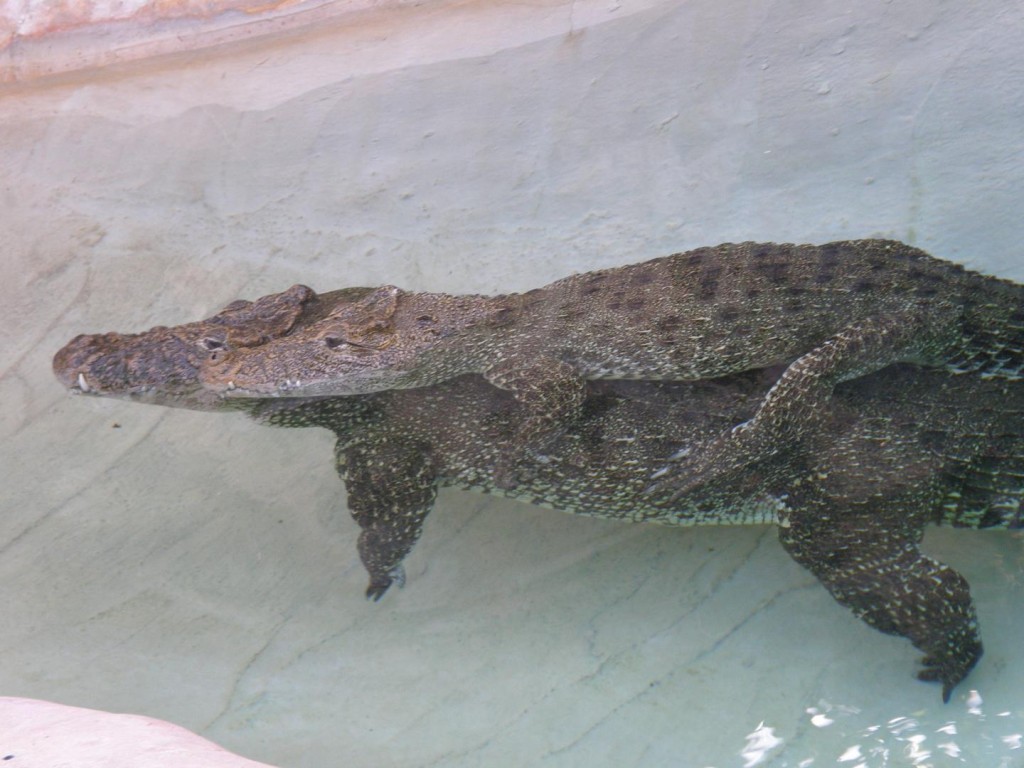 Ecology and Evolutionary Biology, whose work defined “play” in a way that allows us to identify it in species not previously thought capable of play, such as wasps, fish and invertebrates. Dinets’ work provides further evidence that play is a universal feature of “intelligent” animals–those with complex, flexible behavior. This knowledge might help determine how intelligence evolves and what is needed for its development.

“Hundreds of thousands of crocodilians are now kept in captivity in zoos, commercial farms and breeding centers set up for endangered species. Providing them with toys and other opportunities for play makes them happier and healthier,” Dinets said.

The work is the first to scientifically study play in crocodiles. It is published in the journal Animal Behavior and Cognition and can be viewed at http://bit.ly/1uwowLq.

Previous research by Dinets discovered that crocodiles are able to climb trees, work as a team and use lures such as sticks to hunt prey. More of his crocodile research can be found in his book “Dragon Songs.”

Source: University of Tennessee at Knoxville
Image: A male crocodile gives a piggyback to his lifelong female partner. By Vladimir Dinets.

Next Story:
Our ‘songlines’ are contained in our technology, we are technological beings [Cristian Vogel]