About twenty years ago there was tragedy in the technical thrash metal genre as a highly promising trio of metallers from Zurich believed their musical career as a unit to be over.

Many metallers who were heavily invested in the burgeoning underground scene, after the rise of grunge especially, wept and mourned for two years before an album summing up this trio’s achievements was released as a measure of closure. People moved on, some of those we now call stalwarts of the scene such as Max Cavalera (Soulfly, Cavalera Conspiracyklpoi, ex-Sepultura, ex-Nailbomb) or Mille Petroza (Kreator) still held these three men in high regard…. And rightly so! The brand of thrash metal they delivered was more refined and technical compared to what is now known as the Big Four.

Time changes though, and so do hearts and minds. Having the urge to join forces again, these three men: Ron Broder (Ron Royce) – bass, vocals; Tommy Vetterli (Tommy T. Baron) – guitars, and Diego Rapacchietti – drums, decided that it was worth a second shot. Since then, the gears have been turning, the live shows have been happening and in 2017 a new studio release (the first in twenty-four years) will be unleashed on a metal scene which may have eluded them before but may be ripe this time around.

At the tail end of the 80s and in the early 90s there was little chance for burgeoning technical thrash bands to shine, given how the focus was always on the speed and heavy metal influences. Bands like Coroner didn’t get much of a shout across the Atlantic. Grunge rose and Metallica forsook their thrash roots to become more commercially viable and radio-friendly with their eponymous album. Now though, the tide is turning towards more complexity in metal, especially with the rise in stature of progressive metal and djent.

With the circumstances set, it looks like laying this band’s career out seems to be a good choice, especially to sate those who long for new material, so the band have released a special package called Autopsy. A DVD/CD set featuring a best of (CD) and live concerts and videos (DVD) provides a look into the band’s career, highlighting various points of interest.

With this being a greatest hits/best of selection, it is effectively the skeleton and a few organs of the autopsy cited it the title. A selection of tracks which represents the framework and meat of their sound. “Divine Step” opens up with a furious and angular aggressive avant-garde thrash attack, similar to that of fellow countrymen Celtic Frost. Some have observed this may be a poor choice to reflect the band’s sound from this era.

“Reborn Through Hate, “Die By My hand” and “Sudden Fall” all come from the same school of thought in terms of composition. With swiftness in their lead moments and rhythmic grooves, it is a real glimpse into what the innards of the band look like when stripped away to their core: a balance of technicality with a desire to press beyond the borders of thrash, but to simultaneously invigorate the rhythmic requirements demanded of their genre. “Masked Jackal” has that classic 80s thrash edge, laden with demonic intent much like earlier Slayer and sharing some traits which we now attribute to European death and black metal (offering us a kind of embryonic view of how these subgenres developed on this side of the Atlantic).

People have cited “D.O.A” as a fair reflection of what Coroner are. Taken from 1989’s No More Colour, this track seems to offer the full package of Coroner and serves as a fair reflection of the album it was taken from. Filled with cutting riffs, tempo changes and snarled/growled vocals, this song has that dirty thrash sound and dances along the edges of extreme metal at times with its riffing, but it has an accessibility which many bands who look to add another layer to their sound seem to lack. What would have happened had the band continued down this route? For an adequate comparison soundwise, think of the genre-defining ‘Scream Bloody Gore’ by Florida’s titanic metal force Death.

“Nosferatu”, when stacked up against “D.O.A” is a complete u-turn, leading to a more thrash and speed metal rendition of the NWOBHM sound, almost like a more proficient version of the pre-Bruce Dickinson Iron Maiden albums (Iron Maiden, Killers) meets Van Halen and Yngwie J Malmsteen. It’s got a considerable amount of neo-classical inspired fret wankery, with a real unpolished tone. The song’s role fits more as a technical demonstration or live spot filler than something of real substance. That seems a shame, especially as it follows “D.O.A” on the track list. 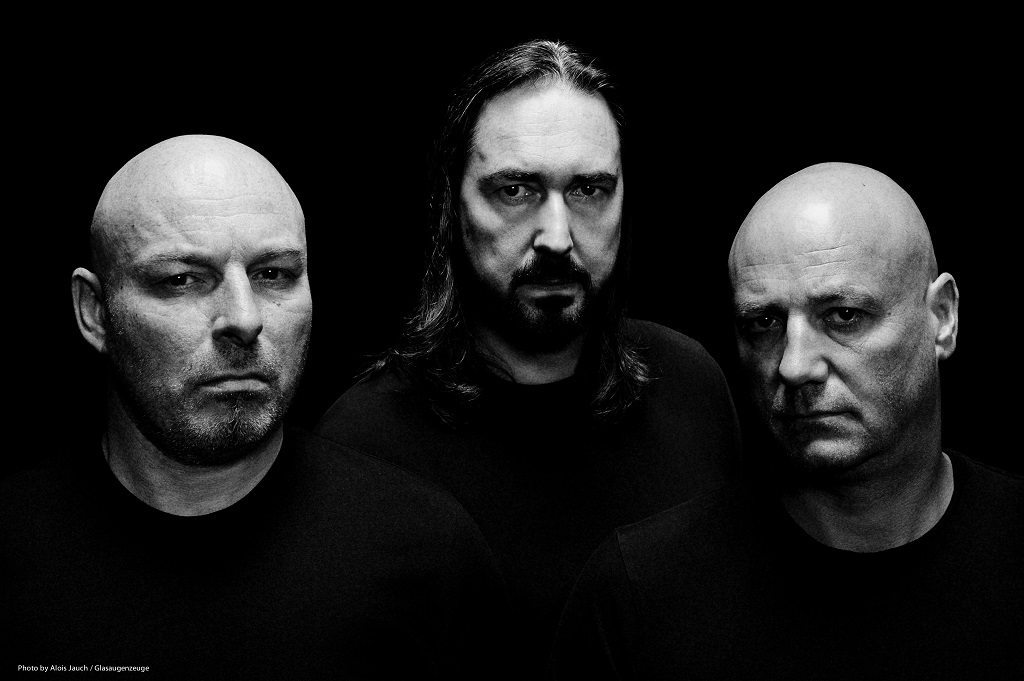 Rounding the album off is “Serpent Moves”, which is the band once again touching on the sound of their compatriots Celtic Frost, more specifically, Tom G. Warrior’s style. With a clear avant-garde influence, it seems like this is the final sonic destination for the band before they called it quits. Whilst it is a strong track, it lacks the spark Celtic Frost had, giving the impression that in the end, Coroner became an also-ran in the late 80s and early 90s Euro metal scene.

After poking around the organs of this musical body, it seems like a mismatch of tracks were shoved in the empty cavity of the blank disc and sealed back up. It’s got some strong moments, especially the track “D.O.A”, but the rest shows a band who seemed to be constantly searching for their musical identity but never found it. Each release represented seems to blend in with other releases from its time, but not really stand out. They’re just there, and unless you specifically look or listen for them, you’ll easily walk on by.

This form of audio camouflage may have helped Coroner gain a cult following; a hardcore and patiently loyal fanbase has turned them into one of those ‘Bands you need to hear’ clichés, stalwarts of those ‘The best [insert number and genre or year] albums you haven’t heard’ lists. It comes as a disappointment of sorts.

Autopsy shows a band where the right ingredients for success were there, but sadly, things didn’t quite work out. Blame that on the music scene at the time or ultimately, the band’s inability to maintain a constant musical approach. Either way, it serves as a reminder of what has been and what could come.

Only those familiar with the band, or those looking to expand their musical horizons, should investigate further.