Test subjects who washed their hands after a task were more optimistic than those who did not wash their hands, but it hampered their future performance in the same task domain 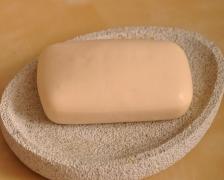 [dropcap style=”font-size:100px; color:#992211;”]I[/dropcap]nteresting research on the psychological effects of good personal hygiene from the University of…, no wait for it, the University of COLOGNE.

The Junior Professor for Social and Media Psychology Dr. Kai Kaspar from the University of Cologne has examined how physical cleansing affects us after failure. The result: test subjects who washed their hands after a task were more optimistic than those who did not wash their hands, but it hampered their future performance in the same task domain.

The findings of the study were published in the renowned journal Social Psychological and Personality Science. For his experiment, Kaspar took 98 subjects in three groups. In the first part of the experiment, participants from two groups had to solve an impossible task. Both the group who after failing washed their hands as well as the one that did not wash their hands were optimistic that they would do better the second time. The optimism of the group who washed their hands was, however, much greater.

In contrast to the usual finding that higher optimism results in better performance, the opposite was the case here: the subjects who did not wash their hands did considerably better than the group who washed their hands. Instead, the performance of those who had washed their hands was on the level if the third group who had not experienced failure and only taken part in the second test run.

According to Kaspar, it can be concluded from the results that while physical cleansing after failure may eliminate negative feelings, it reduces the motivation to try harder in a new test situation to restore one’s own perception of competence. Hence, physical cleansing seems to result in being in a better position to deal with failure. The study will prompt more focus on the daily ritual of washing from the psychological perspective especially the effects on our actions.