Childishness and Cockroaches: An Academic in Africa

Just as we were about to start, Andrew appeared on the other side of the fence, waxing wroth. Why had we broken into his field, who did we think we were, we had no permission to play there etc., etc. It was at this point that I started to be deeply unhelpful.
This is a country of endless potentiality, but that potential will never be realised as long as people only talk about what others must do, and never think about what they must do themselves. 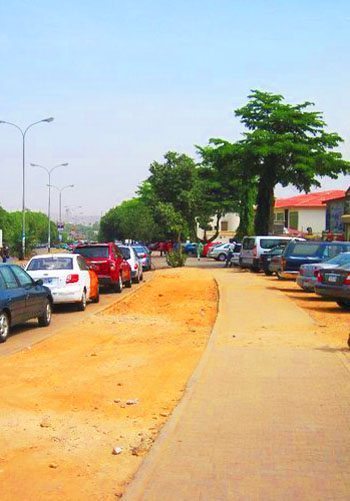 I’ve realised recently what it is that grinds me down the most about living here.

The ceaseless bullshit.  And I’ve also realised that I’m not especially good at dealing with it.

What finally brought this home was an incident about 10 days ago.  Every Sunday a group of us play football on a pitch out at the games complex attached to the national stadium.  We’ve been doing this every weekend since the beginning of September, and dashing the maintenance guy there, Andrew, every fortnight or so to say thank you.

So imagine our surprise when we arrived the Sunday before last to find that the pitch was locked up.  We couldn’t find Andrew – at church apparently – but after giving N1,000 to one of the cleaners we let ourselves in by the simple expedient of untwisting one of the bits of wire that was holding one of the gates closed.

Just as we were about to start, Andrew appeared on the other side of the fence, waxing wroth.  Why had we broken into his field, who did we think we were, we had no permission to play there etc., etc.  It was at this point that I started to be deeply unhelpful.

“You are coming out.”

“No thanks, I think I’d rather stay here, if it’s all the same to you.”

“You are staying there.”  He pointed at me, in what I think was supposed to be a threatening fashion.

Even as I said it, I realised how childish I was being, and how unhelpful a few of my other contributions had been (“what’s your problem?” being probably the least offensive).  Fortunately someone else stepped in and managed to talk him into at least letting us play that day.

We told him about the N1,000 we’d paid one of the cleaners, and ten minutes later, said cleaner arrived on the pitch and gave it back to Ryan, saying that he had been trying to bribe him.

“I wasn’t trying to bribe you, I was just appreciating your service,” Ryan replied, but the guy was already too deeply confused by having to voluntarily return a dash to respond.

Bullshit.  Bullshit everywhere.  And for some reason a type of bullshit that seems to short circuit my passive and polite instinct and take me straight to argument mode.  Too many stupid conversations with policemen, bouncers, security guards, waiters and even students.  Too many occasions being forced to argue round in circles whilst you can tell that the other person is not even listening to what you are saying.

And that’s just when you’re trying to order a beer.

Although the last one was more of a squeal.

I have also got very used to the Nigerian arguing style of asking a particular question and then sticking to it again and again in a spirit of perverse literality.  As this morning when a group of students were supposed to be delivering a group presentation, and told me that the absent member of the group had all their work.

“Are you telling me that the three of you have nothing at all to present today?”  More excuses.  “No, you didn’t answer my question.  It’s not difficult.  Do you or do you not have anything to present?  Well?  It isn’t a trick question…” and so forth.

The amusing thing about this particular occasion was that they didn’t have the nerve to just tell me “no”, so they got up and improvised something. It was appalling, but at least they did it.

And this is a general tendency, at least amongst the kids here.  They seem so used to getting away with things that when their excuses are met with intransigent refusal they literally don’t know what to do.  Today I was telling students from the first cohort that they had failed this semester’s module, and that they would not be examined.  The excuses offered were mind-bogglingly bad, and there was genuine confusion when I said that the decision was final.

It was worryingly satisfying.

This is a country of endless potentiality, but that potential will never be realised as long as people only talk about what others must do, and never think about what they must do themselves.

Although I guess I’m just as guilty of that as anyone.

4 Replies to “Childishness and Cockroaches: An Academic in Africa”