Cats and humans suffer from similar forms of epilepsy.

There is something sinister about epilepsy: the disease affects the very core of our being, our brain. Epileptic attacks can lead to seizures throughout the body or in parts of it. Clouding of consciousness or memory lapses are also possible. The causes are still only partially understood but in some cases brain tumours, infections, inflammations of the brain or metabolic diseases have been implicated.

Epilepsy is not confined to humans and many animals also suffer from it. Together with partners in Oxford and Budapest, Akos Pakozdy and his colleagues at the University of Veterinary Medicine, Vienna have managed to identify the cause of a certain form of epilepsy in cats, in which the body’s own immune system attacks particular proteins in the cell membranes of nerve cells. 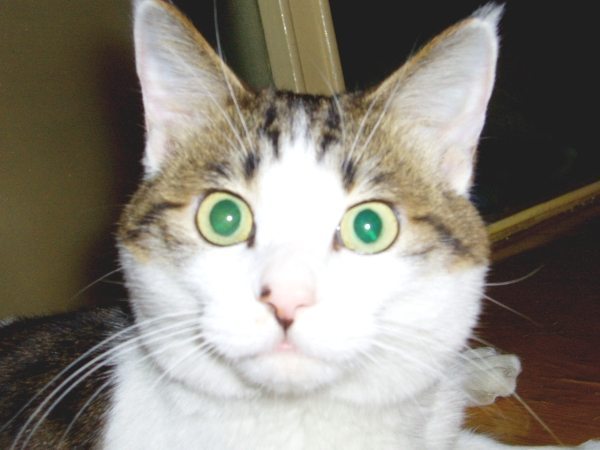 The symptoms include twitching facial muscles, a fixed stare, chewing motions and heavy dribbling. Based on their clinical experience, the researchers believe that this form of epilepsy is fairly widespread in cats.

Interestingly, a highly similar type of epilepsy occurs in humans: an inflammation in the brain, known as limbic encephalitis, leads to epileptic seizures that generally manifest themselves in the arm and the facial muscles on only one side of the body.

Pakozdy and his colleagues have found antibodies in the blood of epileptic cats that react to proteins in the cell membranes of nerve cells. The proteins form the building blocks of ion channels that are involved in the production of nerve signals.

The same ion channels are affected in the corresponding human form of epilepsy. They control the membrane’s permeability to potassium ions based on the electric potential across the membrane, thereby helping generate the rapid nerve signals of the so-called action potential.

If the immune system attacks components of these ion channels, the production of nerve signals is disrupted. There is an increased release of neurotransmitters, which leads directly to the symptoms of epilepsy.

Previous work – in another group – on human patients has shown that normal anti-epilepsy medication has hardly any effect on this form of epilepsy. However, immunotherapy has proven to be relatively effective. Pakozdy’s work now shows that “limbic encephalitis in cats has the same cause as it does in humans, where the origins have been known for years.

It is important that cats with epilepsy are diagnosed early, so that the correct form of therapy can be started. We believe this will dramatically increase the chances of a successful treatment. It seems as though epileptic cats might benefit from treatment with immune preparations.”

The article Suspected Limbic Encephalitis and Seizure in Cats Associated with Voltage-Gated Potassium Channel (VGKC) Complex Antibody by A. Pakozdy, P. Halasz, A. Klang, J. Bauer, M. Leschnik, A. Tichy, J.G. Thalhammer, B. Lang and A. Vincent is published in the current issue of the Journal of Veterinary Internal Medicine (J. Vet. Intern. Med. 2013(27), 212-214).