Survey assesses both risky behaviors and positive outcomes of psilocybin use

[dropcap style=”font-size:100px; color:#992211;”]U[/dropcap]
nless you’ve had a glut and are a dab hand at drying, or unless you have one of those funny little plastic kits that you see advertised on the back pages of clubbing magazines, magic mushrooms probably aren’t something that features in your life right now.

Following on from a new and slightly more open-minded approach to mental health research that has seen psilocybin promoted as a positive aid, we now offer a subsequent take on the substance, urging caution with its use.

Depending on your levels of paranoia/skepticism, you may take this as further meddling from The Man trying to scare the muggles, or more evidence of Big Pharma muscling in on a freely available natural resource.

In a survey of almost 2,000 people who said they had had a past negative experience when taking psilocybin-containing “magic mushrooms,” Johns Hopkins researchers say that more than 10 percent believed their worst “bad trip” had put themselves or others in harm’s way, and a substantial majority called their most distressing episode one of the top 10 biggest challenges of their lives. Despite the difficulty, however, most of the respondents still reported the experience to be “meaningful” or “worthwhile,” with half of these positive responses claiming it as one of the top most valuable experiences in their life.

The results of the survey were published in the Dec. 1 print issue of the Journal of Psychopharmacology.

The researchers caution that their survey results don’t apply to all psilocybin mushroom use, since the questionnaire wasn’t designed to assess “good trip” experiences. And, the survey wasn’t designed to determine how often bad trips occur.

“Considering both the negative effects and the positive outcomes that respondents sometimes reported, the survey results confirm our view that neither users nor researchers can be cavalier about the risks associated with psilocybin,” says Roland Griffiths, Ph.D., a psychopharmacologist and professor of psychiatry and behavioral sciences and neurosciences at the Johns Hopkins University School of Medicine. Griffiths has spent more than 15 years conducting studies of psilocybin’s capacity to produce profound, mystical-type experiences, treat psychological anxiety and depression and to aid in smoking cessation.

Psilocybin and use of other hallucinogens became popular in the U.S. in the 1960s due to charismatic proponents, who suggested anecdotally that users would experience profound psychological insights and benefits. But drugs such as psilocybin and LSD were banned for supposed safety reasons shortly thereafter, in the 1970s, without much scientific evidence about risks or benefits.

In recent years, Griffiths and his team have conducted more than a dozen studies confirming some of those benefits. The current study was designed, he said, to shed light on the impact of so-called “bad trips.”

For the new survey, Griffiths’ team used advertisements on social media platforms and email invitations to recruit people who self-reported a difficult or challenging experience while taking psilocybin mushrooms. The survey took about an hour to complete and included three questionnaires: the Hallucinogen Rating Scale, the Mystical Experience Questionnaire, developed by Griffiths and colleagues in 2006, and parts of the 5D-Altered States of Consciousness Questionnaire.

Participants were asked in the survey to focus 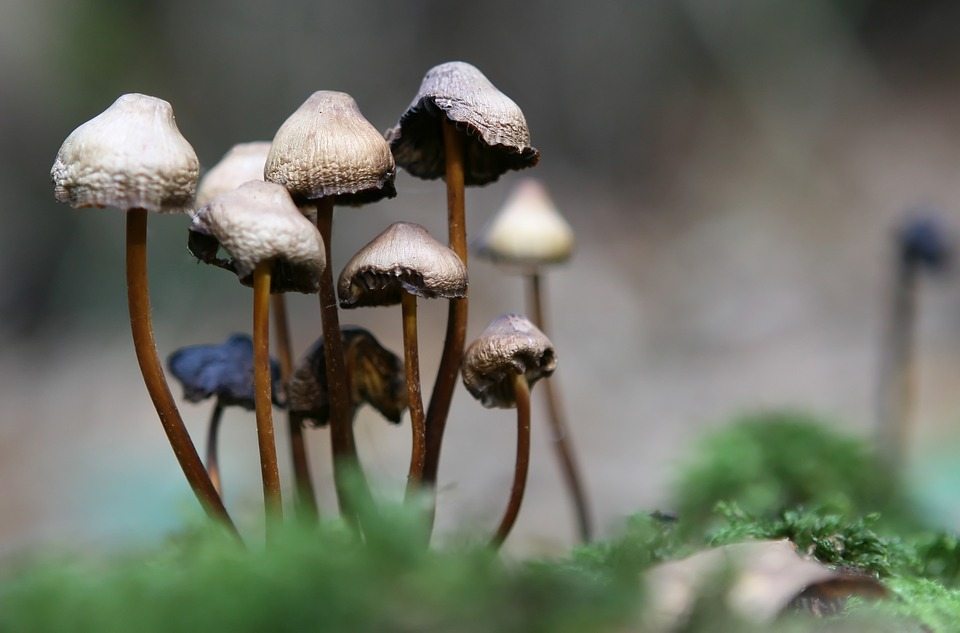 only on their worst bad trip experience, and then to report about the dose of psilocybin they took, the environment in which the experience occurred, how long it lasted, and strategies available and used to stop this negative experience and any unwanted consequences.

Of 1,993 completed surveys, 78 percent of respondents were men, 89 percent were white, and 51 percent had college or graduate degrees. Sixty-six percent were from the U.S. On average, the survey participants were 30 years old at the time of the survey and 23 years old at the time of their bad trips, with 93 percent responding that they used psilocybin more than two times.

Based on the survey data that assessed each respondent’s absolute worst bad trip, 10.7 percent of the respondents said they put themselves or others at risk for physical harm during their bad trip. Some 2.6 percent said they acted aggressively or violently, and 2.7 percent said they sought medical help. Five of the participants with self-reported pre-existing anxiety, depression or suicidal thoughts attempted suicide while on the drug during their worst bad trip, which the researchers say is indicative of requiring a supportive and safe environment during use, like those conditions used in ongoing research studies. However, six people reported that their suicidal thoughts disappeared after their experience on their worst bad trip — the latter result coinciding with a recent study published by Griffiths showing the antidepressive properties of psilocybin in cancer patients.

¬In all of Griffiths’ clinical research, people given psilocybin are provided a safe, comfortable space with trained experts to offer support to participants. “Throughout these carefully managed studies, the incidence of risky behaviors or enduring psychological problems has been extremely low,” Griffiths says. “We are vigilant in screening out volunteers who may not be suited to receive psilocybin, and we mentally prepare study participants before their psilocybin sessions.”

“Cultures that have long used psilocybin mushrooms for healing or religious purposes have recognized their potential dangers and have developed corresponding safeguards,” says Griffiths. “They don’t give the mushrooms to just anyone, anytime, without a contained setting and supportive, skillful monitoring.”

The researchers say that survey studies like this one rely on self-reporting that cannot be objectively substantiated, and that additional scientifically rigorous studies are needed to better understand the risks and potential benefits of using hallucinogenic drugs.

According to the Substance Abuse and Mental Health Services Administration’s National Survey on Drug Use and Health, about 22.9 million people or 8.7 percent of Americans reported prior use of psilocybin. While not without behavioral and psychological risks, psilocybin is not regarded as addictive or as toxic to the brain, liver or other organs.