Can You Really Use Insects to Tell if A Body’s Been Moved?

Forensic entomology is more complicated than it looks on TV

Gah! Crime fiction may have been stretching the truth a little (well, that’s fiction for you).

It mightn’t be quite as simple to use insect movements for forensic data as our be-jumpered nordic lady detectives would have us believe.

Mind you, drawing a chalk line around the body might work.

The use of insects as indicators of post-mortem displacement is a familiar technique depicted on many crime investigation TV shows. In reality, this practice is far from clear-cut.

To cut through the hype, researchers have looked across existing studies to review how exactly insects have been used in legal investigations and to what extent these methods have been useful.

Based on more than 170 publications over the last century, this review, published in the open-access journal PeerJ, reveals weaknesses and mistaken beliefs regarding the use of forensic entomology as evidence of cadaver displacement as well as many promising aspects and development opportunities. 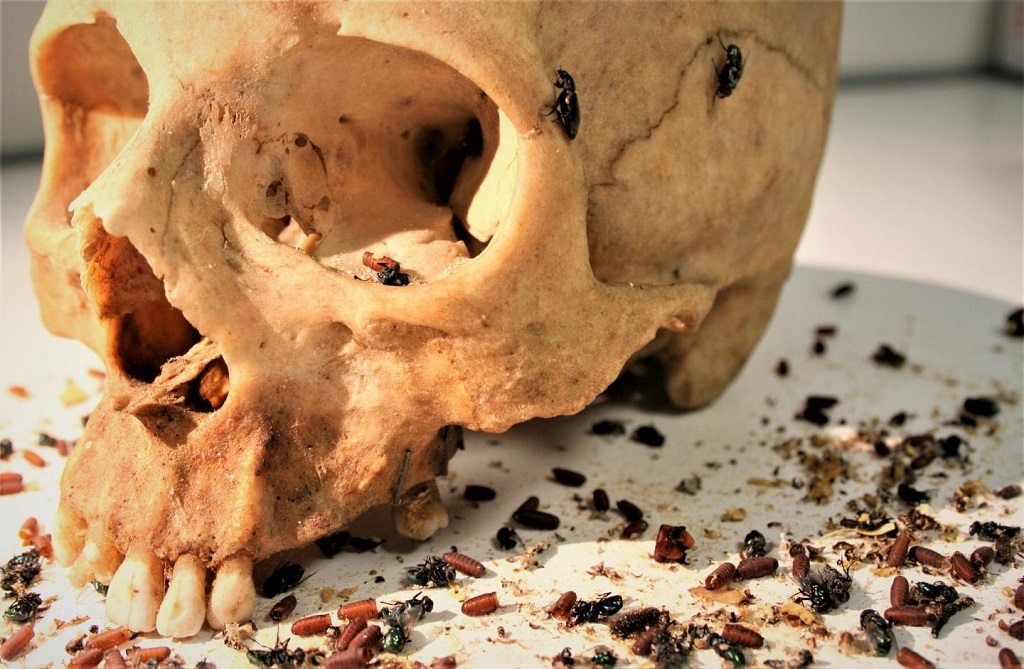 Though insect analysis has been used in legal investigation for decades, only a few forensic cases have successfully applied such a method to tell a body was moved.

Based on a case-by-case approach, species distribution, temporality, behavior and genetic analysis can be useful to infer postmortem relocation. However, such inferences should not be based on general trends or previous results at a broader scale but always rely on local experiments performed a posteriori to comply with the circumstances of a given forensic case.

Next Story:
Is Trump Getting Too Big For His (Concrete) Boots?