Den Stevenson’s Bugle Boy which, having charmed the West End (a full house standing ovation at the Garrick, for one), now heads out on another tour of the UK. 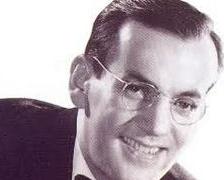 There is a macarbre relevance to current events in the Glenn Miller story, featuring as it does, the disappearance of an aircraft which has yet to be found. 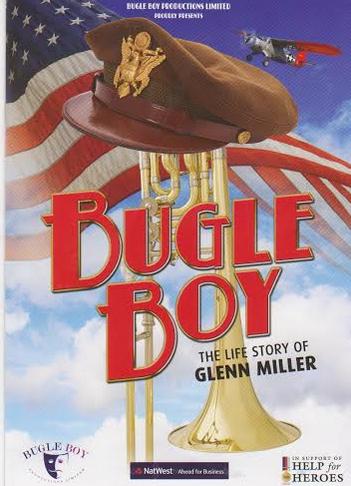 Nevertheless, speculation on Miller’s final moments shouldn’t detract from enjoyment of Den Stevenson’s Bugle Boy which, having charmed the West End (a full house standing ovation at the Garrick, for one), now heads out on another tour of the UK.

Expect sass, expect swing. A rags to riches story, and the key to the Glenn Miller sound:

‘When a musician failed to show for a performance it forced Glenn to rearrange the musical set and decide upon a lead clarinet (which he had used before); lean heavily on the reed-section; knocking the trombones down an octave; and, with another touch of inspiration or maybe more out of desperation… add a ﬁfth sax.

Eureka! He had found his holy grail. The Glenn Miller sound was born.’