The Brompton World Championship is a serious endeavour. Fun and colourful yes, but also earnest and limit pushing. 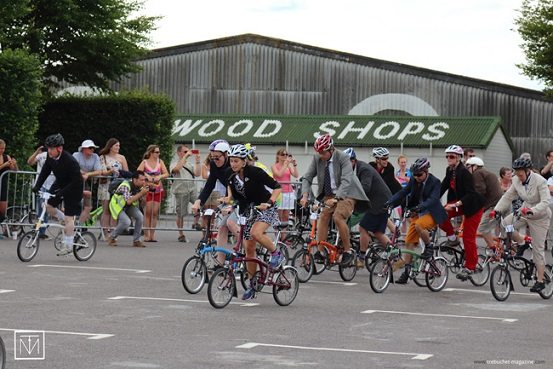 [dropcap style=”font-size:100px; color:#992211;”]T[/dropcap]aking on the challenge of racing in the Brompton championship I was assured that it wasn’t that competitive.

Busy lives and a lack of will meant that, apart from a service (the bike, not the rider) I had avoided any preparation. More fool me. The Brompton World Championship is a serious endeavour. Fun and colourful yes, but also earnest and limit pushing. 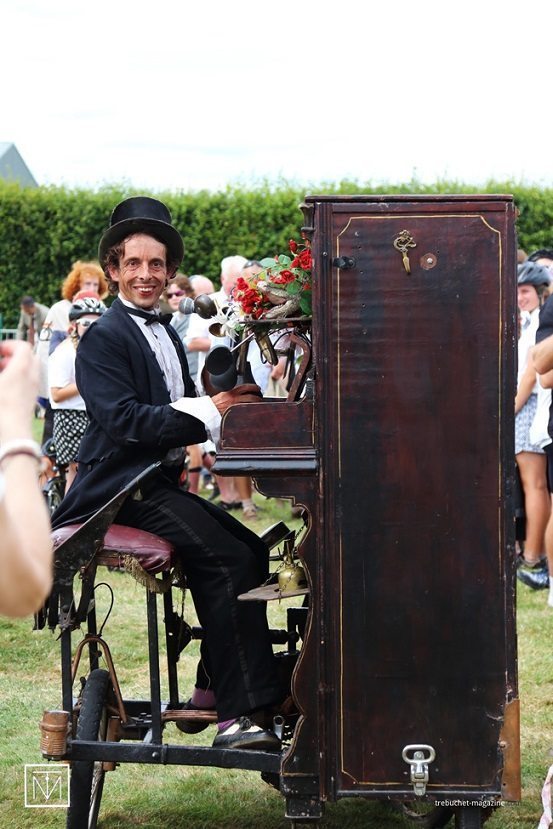 As most people know, Brompton bicycles are quaint looking folding machines that have managed to capture both ends of the English experience; from tweed and Pimms business lotharios, wicker basket Penelopes, to pierced and savage East London punk types as ready to rave as lead a concept meeting for a hip drinks brand. On any given day the Brompton is the commuter’s bike of choice that allows a high level of personalisation and more than a bit of pride.

The Brompton World Championship (BWC) is thus a great way for people to get together, consume alcohol in moderation, have a cucumber sandwich and offer sage advice (whether welcome or not).

On driving down to the Goodwood racetrack that  hot Sunday, almost as soon as I’d unpacked my bike I was given the impression (good naturedly of course) that I should replace this, upgrade that, use this oil and that sort of hub. Of course, looking, wondering, tinkering and sharing the banter is what meets like this are all about.

Ensuring that Bromptons remain fun, all race entrants in the BWC have to wear a blazer and tie. Lining up at the start with over 500 other participants, there was a cheery sense of competition that was immediately  infectious and had us clambering to unfold our bikes (to loud tongue-in-cheek brays of ‘pardon’, ‘easy now’, ‘I say’ and ‘catch me if you can!’).

Speeding off around the course, my lack of fitness became quite apparent, as did the fact that other racers, including entrants from Mexico, Spain, Switzerland and Japan actually took the race very seriously. Teams of riders in specially created blazers that reduced drag tore along in tight lines. With only inches between riders, they cut through the pack with trained precision. Informal teams and groups sprang up spontaneously, making their own mark over the hot race course, leaving a panting and struggling journalist quickly wishing that he’d called in a ringer.

Four laps, constituted the race, and where enthusiasm and adrenaline pushed me around the first lap with some gusto, I had little in the tank for the second and third laps. Slowly sinking back in the list something remarkable happened. As I crossed the line for the final lap, my body seemed to settle into a rhythm and I found extra reserves. Steeped in a sort of calm power and determination (and no doubt buoyed by endorphins) I made a solid show to finish the race at a humble sprint rather than a febrile whimper.

Stumbling around past the finish area holding a participation medal in wet and insensate fingers, I slumped down near a Cessna and drank deep. As other flushed faces emerged around me the atmosphere was an eclectic mix of all ages; camaraderie, satisfaction and a loud rumour that gin and tonics were in abundance for all. Hurrah!

The Brompton World Championship as an event runs over two days, and has several other racing events and functions over the period. Whether you’re a Brompton oddball or just a cycling enthusiast there’s a lot to enjoy, and watching planes wheel above the South Coast race track in the English afternoon sun seems like the apex of pastoral delight. At least to this gear-head returning from seed.

Previous Story:
In Gaza : ‘They Gassed Us in Our Beds’

Next Story:
How Ex-Churchgoers Reconstruct Morality