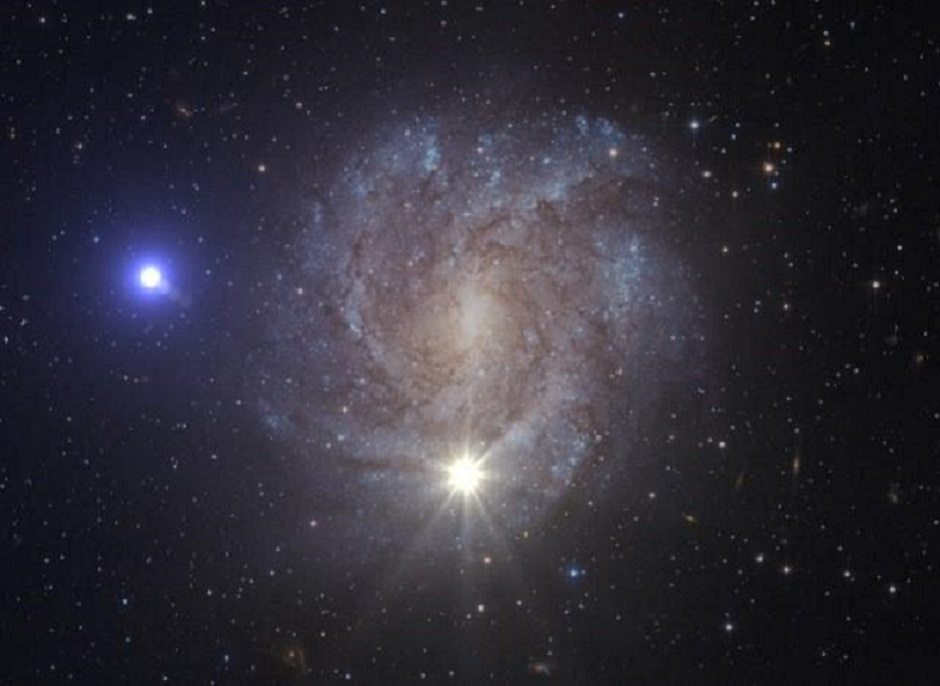 Of course, that’s not nearly as fast as in miles per hour….

The unbound star, named US708, is travelling at 1,200 kilometres per second – the fastest speed ever recorded for such an object in our galaxy – meaning it is not held back by gravity and will eventually leave the Milky Way.

US708 is believed to have once been part of a double-star solar system, which also included a massive white dwarf star. The white dwarf is thought to have turned into a ‘thermonuclear supernovae’ and exploded, kicking US708 and sending it hurtling across space.

The discovery of US708 sheds light on the mysterious double-star systems that give rise to thermonuclear explosions. Thermonuclear, or ‘type Ia’, supernovae have long been used to calculate the distances to faraway galaxies – a measurement which helps to determine how the universe is changing and expanding.

Dr Rubina Kotak and Ken Smith, from the Astrophysics Centre at Queen’s University, were part of a team of scientists from countries across the world who made the ground-breaking discovery using data gathered by the Pan-STARRS1 telescope on Mount Haleakala on the Hawaiian island of Maui. Using a range of data gathered over the last 59 years the team were able to determine the full 3-D motion of the star and measure how quickly it is moving across the plane of the sky.

Dr Rubina Kotak, from the Astrophysics Centre at Queen’s University Belfast, said: “It is very exciting to have contributed to this important discovery which is a great example of Queen’s commitment to achieving excellence and advancing knowledge for the benefit of society. It brings us a step closer to solving the type Ia puzzle.”

European Southern Observatory fellow, Stephan Geier, who led the study, said: “Several types of stars have been suspected of causing the explosion of a white dwarf as supernova of type Ia. Until now, none of them could be confirmed. Now we have found a delinquent on the run bearing traces from the crime scene.”

Next Story:
Integration and interrelation between the orchestral and the electronic [Michael Price]