Beyond Space and Time: New Physics

“Our result gives weight to the idea that quantum correlations somehow arise from outside spacetime, in the sense that no story in space and time can describe them,” 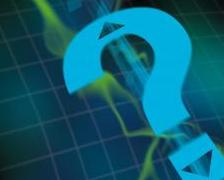 In the opposite corner we have the artists. Standard dualistic pattern-recognition thinking, and never as applicable to real society as the drop-down lists of StumbleUpon recommendation categories or GCSE subject lists would have us believe.

Out in the further reaches of analytical thought the dividing lines grow fluid and untrustworthy, never more than in the realm of quantum physics. Decades ago Hawking’s A Brief History of Time called upon us to wrap our minds around the concept of spin-particles, able to hold variable positions in spacetime. Hawking’s primer mooted the possibility of faster-than-light communication via some harnessing of quantum particles’ ability to behave identically despite being separated by vast distances.

The observations and theories require the methodic patience of the scientist. For the applications and aftereffects; the twisted illogic of the creative mind seems ideally suited to such capricious and playful particles.

Researchers look beyond space and time to cope with quantum theory

Physicists have proposed an experiment that could force us to make a choice between extremes to describe the behaviour of the Universe.

The proposal comes from an international team of researchers from Switzerland, Belgium, Spain and Singapore, and is published today in Nature Physics. It is based on what the researchers call a ‘hidden influence inequality’. This exposes how quantum predictions challenge our best understanding about the nature of space and time, Einstein’s theory of relativity.

“We are interested in whether we can explain the funky phenomena we observe without sacrificing our sense of things happening smoothly in space and time,” says Jean-Daniel Bancal, one of the researchers behind the new result, who carried out the research at the University of Geneva in Switzerland. He is now at the Centre for Quantum Technologies at the National University of Singapore.

Excitingly, there is a real prospect of performing this test.

The implications of quantum theory have been troubling physicists since the theory was invented in the early 20th Century. The problem is that quantum theory predicts bizarre behaviour for particles – such as two ‘entangled’ particles behaving as one even when far apart. This seems to violate our sense of cause and effect in space and time. Physicists call such behaviour ‘nonlocal’.

It was Einstein who first drew attention to the worrying implications of what he termed the “spooky action at a distance” predicted by quantum mechanics. Measure one in a pair of entangled atoms to have its magnetic ‘spin’ pointing up, for example, and quantum physics says the other can immediately be found pointing in the opposite direction, wherever it is and even when one could not predict beforehand which particle would do what. Common sense tells us that any such coordinated behaviour must result from one of two arrangements. First, it could be arranged in advance. The second option is that it could be synchronised by some signal sent between the particles. 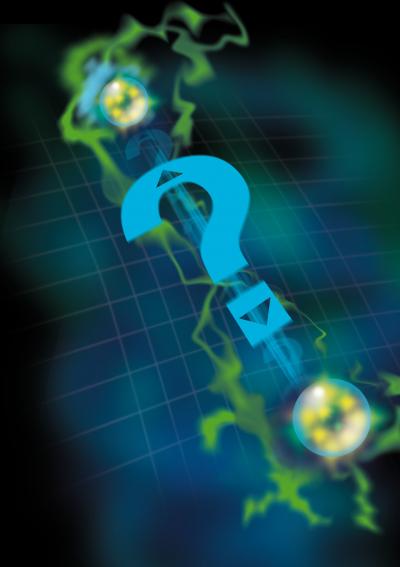 In the 1960s, John Bell came up with the first test to see whether entangled particles followed common sense. Specifically, a test of a ‘Bell inequality’ checks whether two particles’ behaviour could have been based on prior arrangements. If measurements violate the inequality, pairs of particles are doing what quantum theory says: acting without any ‘local hidden variables’ directing their fate. Starting in the 1980s, experiments have found violations of Bell inequalities time and time again.

Quantum theory was the winner, it seemed. However, conventional tests of Bell inequalities can never completely kill hope of a common sense story involving signals that don’t flout the principles of relativity. That’s why the researchers set out to devise a new inequality that would probe the role of signals directly.

Experiments have already shown that if you want to invoke signals to explain things, the signals would have to be travelling faster than light – more than 10,000 times the speed of light, in fact. To those who know that Einstein’s relativity sets the speed of light as a universal speed limit, the idea of signals travelling 10,000 times as fast as light already sets alarm bells ringing. However, physicists have a getout: such signals might stay as ‘hidden influences’ – useable for nothing, and thus not violating relativity. Only if the signals can be harnessed for faster-than-light communication do they openly contradict relativity.

The new hidden influence inequality shows that the getout won’t work when it comes to quantum predictions. To derive their inequality, which sets up a measurement of entanglement between four particles, the researchers considered what behaviours are possible for four particles that are connected by influences that stay hidden and that travel at some arbitrary finite speed.

Mathematically (and mind-bogglingly), these constraints define an 80-dimensional object. The testable hidden influence inequality is the boundary of the shadow this 80-dimensional shape casts in 44 dimensions. The researchers showed that quantum predictions can lie outside this boundary, which means they are going against one of the assumptions. Outside the boundary, either the influences can’t stay hidden, or they must have infinite speed.

Experimental groups can already entangle four particles, so a test is feasible in the near future (though the precision of experiments will need to improve to make the difference measurable). Such a test will boil down to measuring a single number. In a Universe following the standard relativistic laws we are used to, 7 is the limit. If nature behaves as quantum physics predicts, the result can go up to 7.3.

So if the result is greater than 7 – in other words, if the quantum nature of the world is confirmed – what will it mean?

Here, there are two choices. On the one hand, there is the option to defy relativity and ‘unhide’ the influences, which means accepting faster-than-light communication. Relativity is a successful theory that researchers would not call into question lightly, so for many physicists this is seen as the most extreme possibility.

The remaining option is to accept that influences must be infinitely fast – or that there exists some process that has an equivalent effect when viewed in our spacetime. The current test couldn’t distinguish. Either way, it would mean that the Universe is fundamentally nonlocal, in the sense that every bit of the Universe can be connected to any other bit anywhere, instantly. That such connections are possible defies our everyday intuition and represents another extreme solution, but arguably preferable to faster-than-light communication.

“Our result gives weight to the idea that quantum correlations somehow arise from outside spacetime, in the sense that no story in space and time can describe them,” says Nicolas Gisin, Professor at the University of Geneva, Switzerland, and member of the team.
###

The researchers that carried out the work, in addition to Dr Bancal and Prof Gisin, are Dr Stefano Pironio from the Free University of Bruxelles in Belgium, Professor Antonio Acín from the Institute of Photonic Sciences (ICFO) in Barcelona, Dr Yeong-Cherng Liang from the University of Geneva, and Professor Valerio Scarani from the Centre for Quantum Technologies and the Department of Physics of the National University of Singapore.