Words have power whether intended or not. It is no coincidence that a venture named Sub Prime was the tipping point for the onset of this particular disaster. 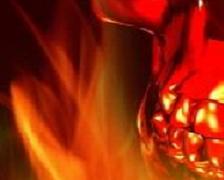 Voodoo economics is a buzz-phrase originally coined by George W Bush or, more likely, one of his ‘Think Team’. It is regularly used by modern commentators to describe the arcane complexities of the current economic emergency. The phrase is, perhaps, more pertinent than they realise.

According to Michael Bertiaux, author of Vudu Cartography, hidden inside the rich universe of esoteric voodoo are many Loa (star beings) who interact with humanity at various levels of experience.

Three of the prime Loa are designated thus: FON, the King of charms and master of all fetishes, GRAN’ FA, the great Highway on which we travel and BACALOU BAKA, who is both a more sophisticated version of the Christian devil and a personification of raw chaotic power.

When FON and BB are in balance we can stride down the Highway with confidence and certainty. When they are not we are on a rough and rocky road. Before the Houngan (voodoo priest) is summoned for advice we will require a map of the territory to be explored.

Future historians will note that the great depression of the 21st century began in its first decade with the Sub Prime mortgage scandal, although the roots of the problem actually lie in the previous century and the rapid fall of the Soviet Empire. Once Capitalism had defeated its last great enemy it soon began to turn on itself.

Expansive and foolish ideas began to circulate: for the financial community it was the notion that they could lend ever-increasing amounts to home buyers without risk. This had the side effect of escalating property prices until two full-time wage earners were required to service a single mortgage debt. If at any point either of these poor dupes lost their job, and could no longer service the debt, then the lenders could simply foreclose and recoup by repossessing the property. Unless, of course, said property couldn’t be re-sold at anything like its previously inflated price due to a sudden economic downturn.

Strangely this eventuality does not appear to have crossed the minds of the great and the good. The collapse of Sub Prime and its ensuing reverberations across the entire financial landscape brought a harsh end to this childlike fantasy, which most Western Governments had generously supported by ill thought-out, across-the-board deregulation.

Meanwhile the Merchant class had been busy suckling their own idiot child: due to rapid technological advancements, goods could now be produced extremely cheaply and no longer required a multitude of workers to perform repetitive tasks or demand wage rises. The shareholders of worldwide concerns were delighted by these developments and basked, for a while, in the warmth of increased profit share.

By constantly downsizing their industries, or, more correctly, putting people out of work, there are now fewer consumers who can actually afford to buy these overpriced goods. Consequently, profits are now decreasing at a rapid rate and some previously successful concerns, such as the recording industry, have more or less ceased to exist due to a failure to price competitively. These, largely anonymous, shareholders were also responsible for dumping a great deal of their ill-gotten liquidity into the aforementioned financial institutions, so that they, in turn, could afford to speculate on ‘foolproof’ ventures like Sub Prime.

In the UK there were many other attendant factors such as raids on disposable income through stealth taxes in order to fund wasteful Government overspend, national ‘make work’ schemes causing the public sector to reach unsustainable levels, a downgrading of educational standards, as no child must suffer by failing, and the total inability of the revenue service to unravel extremely sophisticated tax evasion techniques.

While all of this was taking place the money supply just flowed up and up, and never quite trickled back down.

It took the sight of angry voters lining the streets to reclaim their cash from failing banks to jolt the politicians into action. They moved quickly to staunch the haemorrhage, fearing the ever-present demon of widespread social unrest, and have since used a variety of emergency measures such as artificially low interest rates (screwing the oldsters who diligently saved for retirement) and the printing of fake money (quantative easing) to try and slow down the blood flow. But the wound shows no sign of healing. Treating hard cash as a notional concept and idle talk of ‘green shoots’ will not revive the patient.

Words have power whether intended or not. It is no coincidence that a venture named Sub Prime was the tipping point for the onset of this particular disaster. With this in mind we might look to the Prime forces to find our solutions in the world of the Loa.

From above the great King of charms, Fon, expresses ‘himself’ in a bright and lively way through the use of material objects. Deep below, BB roils and seethes under his burden of accreted frustration. This leads to a general ‘meanness’ of spirit. Restoring the delicate and ever-changing balance between these two Loa will require the removal of a great deal of rotting tissue from the patient in order to get him/her up and moving smoothly down the great Highway.

To achieve this recovery we will need to ditch a great many outdated concepts and summon the nerve to use a few sharp knives. The operation may be somewhat tricky as the patient in question is ourselves.

The map of hindsight is useless unless it informs the future. The next exciting installment will assume the role of Houngan in an attempt to ‘consult’ with discorporate intelligences and seek such advice as their natures dictate.

Next Story:
Beyond Space and Time: New Physics