A Baldness Cure that Works! 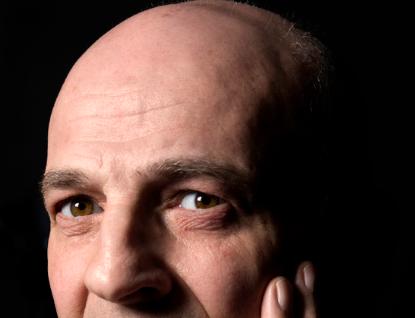 [dropcap style=”font-size:100px; color:#992211;”]M[/dropcap]ost balding men have ever really had a problem with growing more hair, just that the stuff seems to pick every other bit of the body to infest except for the head.

This cure seems to work though. Ker-ching for the ones who can tweak it to work on Male-Pattern Baldness.

A man with almost no hair on his body has grown a full head of it after a novel treatment by doctors at Yale University.

There is currently no cure or long-term treatment for alopecia universalis, the disease that left the 25-year-old patient bare of hair. This is the first reported case of a successful targeted treatment for the rare, highly visible disease.

The patient has also grown eyebrows and eyelashes, as well as facial, armpit, and other hair, which he lacked at the time he sought help.

“The results are exactly what we hoped for,” said Brett A. King, M.D., assistant professor of dermatology at Yale University School of Medicine and senior author of a paper reporting the results in the Journal of Investigative Dermatology. “This is a huge step forward in the treatment of patients with this condition. While it’s one case, we anticipated the successful treatment of this man based on our current understanding of the disease and the drug. We believe the same results will be duplicated in other patients, and we plan to try.”

The patient had previously been diagnosed with both alopecia universalis, a disease that results in loss of all body hair, and plaque psoriasis, a condition characterized by scaly red areas of skin. The only hair on his body was within the psoriasis plaques on his head. He was referred to Yale Dermatology for treatment of the psoriasis. The alopecia universalis had never been treated.

King believed it might be possible to address both diseases simultaneously using an existing FDA-approved drug for rheumatoid arthritis called tofacitinib citrate. The drug had been used successfully for treating psoriasis in humans. It had also reversed alopecia areata, a less extreme form of alopecia, in mice.

“There are no good options for long-term treatment of alopecia universalis,” said King, a clinician interested in the treatment of rare but devastating skin diseases. “The best available science suggested this might work, and it has.”

After two months on tofacitinib at 10 mg daily, the patient’s psoriasis showed some improvement, and the man had grown scalp and facial hair — the first hair he’d grown there in seven years. After three more months of therapy at 15 mg daily, the patient had completely regrown scalp hair and also had clearly visible eyebrows, eyelashes, and facial hair, as well as armpit and other hair, the doctors said.

“By eight months there was full regrowth of hair,” said co-author Brittany G. Craiglow, M.D. “The patient has reported feeling no side effects, and we’ve seen no lab test abnormalities, either.”

Tofacitinib appears to spur hair regrowth in a patient with alopecia universalis by turning off the immune system attack on hair follicles that is prompted by the disease, King said.

The drug helps in some, but not all, cases of psoriasis, and was mildly effective in this patient’s case, the authors said.

King has submitted a proposal for a clinical trial involving a cream form of tofacitinib as a treatment for alopecia areata.

“This case highlights the interplay between advances in science and the treatment of disease,” he said, “and it provides a compelling example of the ways in which an increasingly complex understanding of medicine, combined with ingenuity in treatment, benefits patients.”

Source: Yale University
Photo: Carl Byron Batson. Not to be reproduced without express permission from the photographer. (Photo does not depict the subject of the study). 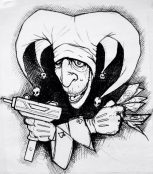 Previous Story:
Naked from the Waist Down

Next Story:
Of Old Gits and Hamsters’ Arses