Faster way of detecting bacteria could save your life

Not to mention Rodenberry’s harmonious post-monetary vision of non-discriminatory society and life-affirming hemlines.

A Michigan State University researcher has developed a faster way to detect the bacteria causing patients to become sick, giving physicians a better chance at saving their lives.

Brett Etchebarne, an assistant professor of emergency medicine in the College of Osteopathic Medicine, has created a molecular diagnostic system that can identify dangerous bacteria such as E. coli, staph infections, and even some superbugs. The test can produce results within two hours using blood, urine, spit, wound, stool or cerebral spine fluid samples from infected patients. 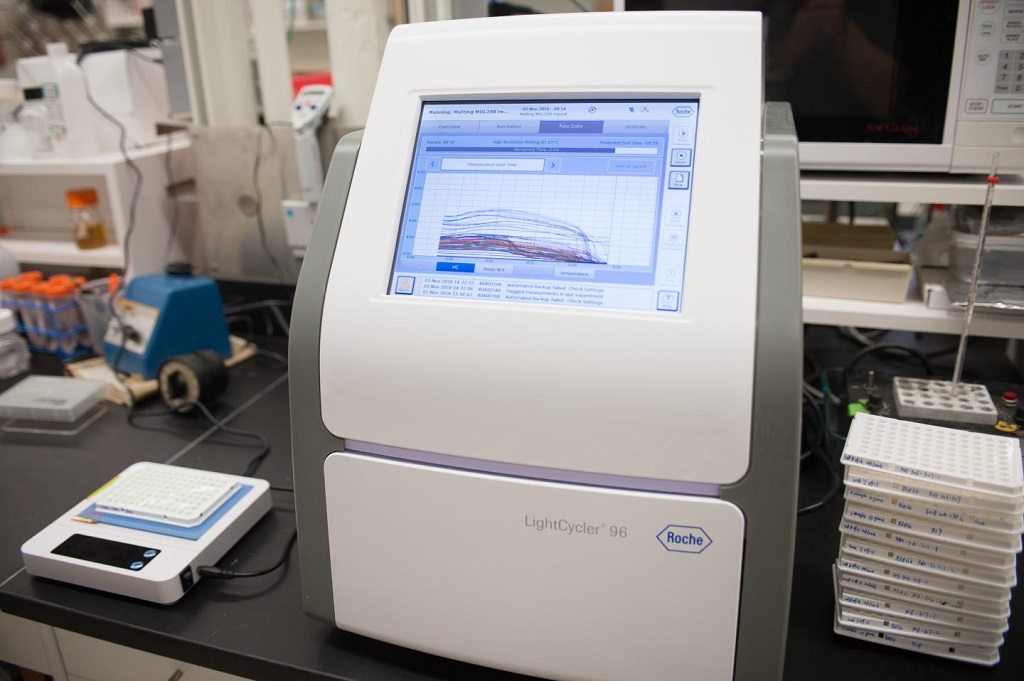 Etchebarne is more than one year into a clinical trial that aims to validate his point-of-care diagnostic test, known as In-Dx, and his preliminary results already look promising.

“So far, we’ve had nearly an 85 percent accuracy rate in identifying the exact bacteria using my diagnostic system,” Etchebarne said. “That’s from taking and analyzing around 300 clinical specimens and right now, urine and wound samples appear to be more accurate and produce faster results.”

Today, patients generally have to wait days to get final test results. But the In-Dx testing of urine samples, for example, produces positive results in two hours from start to finish versus the days it can take for equivalent hospital lab tests.

“If doctors were able to quickly single out the specific bacteria that a patient has, then often only one antibiotic would be needed and a much more targeted treatment could be given right away,” Etchebarne said. “Right now, multiple antibiotics are typically used because doctors don’t know what specific infection they have to fight until days later. This way of treating people is what helps create the drug resistance problem.”

Sepsis, a serious, life-threatening infection occurring more commonly in hospitalized patients, is one of the medical problems Etchebarne focuses on in his studies.

If not treated properly, septic patients may have only hours to live. Currently, millions of people die each year worldwide partly because a definitive diagnosis of the sepsis-causing bacteria often takes too long.

“In-Dx has high sensitivity and specificity for detection of the most common infectious organisms which will help physicians quickly rule in or rule out specific offending bacteria,” Etchebarne said. “Knowing what your target is early in the fight against sepsis will be an invaluable advantage in helping maximize patient care strategies and outcomes.”

Etchebarne’s detection process is relatively simple for both the patient and physician. A sample is collected and concentrated into a smaller amount. After applying heat, which breaks down the sample cells, it’s then placed into the In-Dx testing panel and after 20 minutes of incubation time, the positive sample changes color, revealing the invading organism.

“By singling out the offending bacteria at the point-of-care, we can immediately improve a doctor’s ability to prescribe the right antibiotic, help minimize the drug-resistance problem that we face today and save lives,” Etchebarne said.

The In-Dx panel was designed with input from engineers including Bob Stedtfeld and Syed Hashsham, in MSU’s College of Engineering, to allow flexibility for use with microchip and smartphone technology.