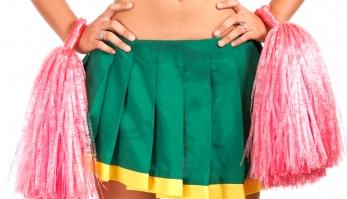 Concussions have become a major public health issue, with both short- and long-term side effects. In sports, cheerleading has the highest rate of catastrophic injury, with some studies reporting approximately 6% of total injuries as concussions. Return-to-play guidelines have relied on athletes’ self-reports; however, this has led to concerns about the ability of athletes to truly recognize their own symptoms and recovery. In a new study scheduled for publication in The Journal of Pediatrics, researchers evaluate the accuracy of neurocognitive testing compared with self-reported symptoms of concussions in cheerleaders.

In the study, 138 junior and senior high school cheerleaders with concussions underwent pre-season baseline neurocognitive testing and completed at least one follow-up evaluation within 7 days of injury using Immediate Post-Concussion Assessment and Cognitive Testing (ImPACT). According to Dr. Mark R. Lovell and a colleague from Vanderbilt University School of Medicine, “We hypothesized that the use of ImPACT would result in an increased capacity to detect and measure post-concussive abnormalities in cheerleaders compared with symptom assessment alone.” All concussions were diagnosed by a physician, athletic trainer, or other school health care official who was present at the time of injury.

The results show that the addition of a neurocognitive assessment could be a useful tool to evaluate when cheerleaders with concussion have returned to normalized baseline measures. They also support the idea that self-reported symptoms and decreased neurocognitive test scores after concussion may differ. According to co-author Dr. Gary Solomon, “It is common knowledge that athletes may at times minimize or deny symptoms after injury to avoid being removed from competition.” Treating physicians should be cautious to return athletes to play based solely on self-reported symptoms.