How to Make Friends, Influence People, and Get Given Fish: Antarctic Birds Learn to Recognize Humans

How brown skuas, which evolved and lived in human-free habitats, recognized individual humans just after 3 or 4 visits

[dropcap style=”font-size:100px; color:#992211;”]A[/dropcap]ntarctic birds have the intelligence and recall to remember individual humans.

Not a bad adaptation strategy when  you consider how few other chances they might get to wrap their beaks around a handy Mars Bar or two.

You may have heard of crows, magpies, and mockingbirds recognizing individual people. These birds live among people, so it may be natural that they learn to differentiate people. But what about the animals that live in remote areas?

Scientists in South Korea studied brown skuas living in Antarctica and reported that these birds too recognize people who had previously accessed the nests to measure their eggs and nestlings. “I had to defend myself against the skuas’ attack,” says Yeong-Deok Han, a PhD student at Inha University. “When I was with other researchers, the birds flew over me and tried to hit me. Even when I changed my field clothes, they followed me. The birds seemed to know me no matter what I wear.” 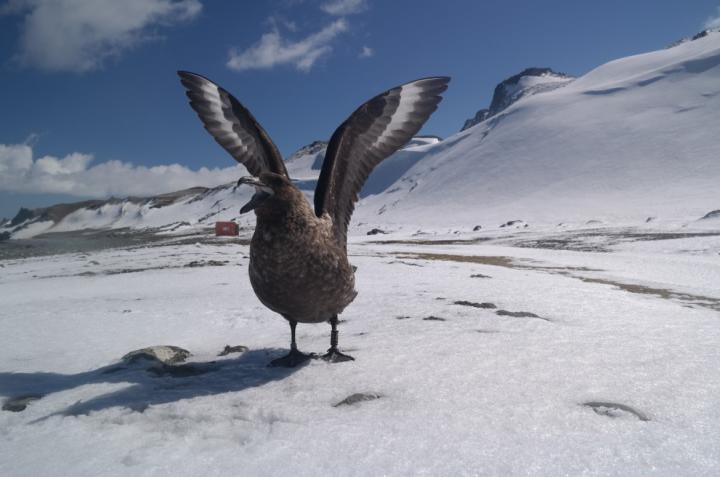 “It is amazing that brown skuas, which evolved and lived in human-free habitats, recognized individual humans just after 3 or 4 visits. It seems that they have very high levels of cognitive abilities.” says Dr. Won Young Lee, a Senior Researcher from Korea Polar Research Institute who led the research. The cognitive abilities of Antarctic animals have not been well studied before. Brown skuas have been recorded to steal food from other birds or even steal breast milk of nursing elephant seals. According to the researchers, this opportunistic feeding habits may make them cleverer with time.

Dr. Lee commented: “Since this area has been inhabited by humans only after the Antarctic research stations were installed, we think that the skuas could acquire the discriminatory abilities during a short-term period of living near humans.”

Next Story:
‘More alike than we are different’. noeverything I AM (Interview)