Despite researchers’ best efforts, no drug exists that can stop the onslaught of Alzheimer’s disease. Review offers renewed optimism in fight against fatal neurodegenerative disease 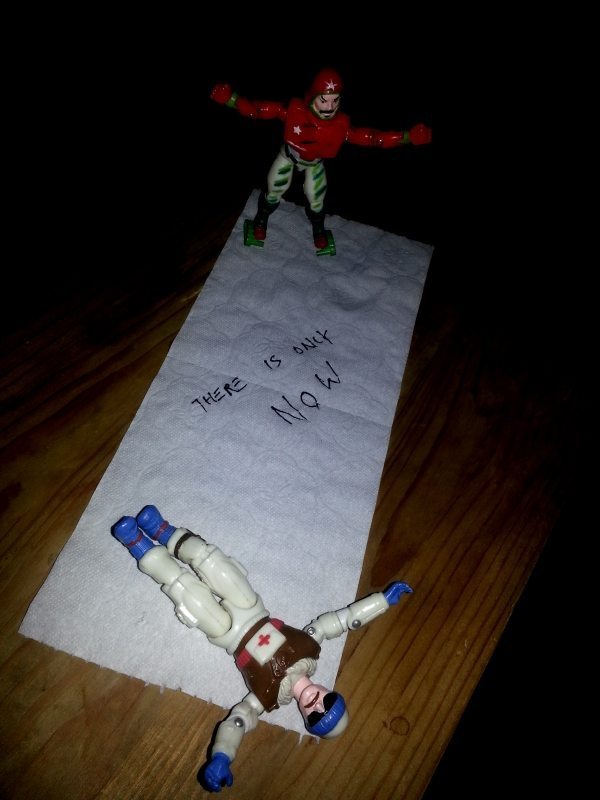 At this time of year when families of all ages are getting together many people are caring for their elderly loved ones who are suffering from Alzheimer’s disease. While it’s encouraging that new areas of investigation like the following are taking place further funding is often required.

If you’re thinking about making a charitable donation this holiday season please consider the Gladstone institutes.

Despite researchers’ best efforts, no drug exists that can slow, halt or reverse the onslaught of Alzheimer’s disease. A progressive and fatal neurodegenerative disorder, Alzheimer’s has stolen the memories and livelihoods of millions—leaving patients and their families struggling to cope with the disease’s devastating consequences. But today, scientists at the Gladstone Institutes propose a new research avenue that has the potential to change all that.

In the latest issue of the journal Neuron, available today online, Gladstone Investigators Robert Mahley, MD, PhD, and Yadong Huang, MD, PhD, describe—at the molecular and cellular level—the process by which an important protein, known as apoE4, promotes the development of Alzheimer’s. In so doing, they recommend a renewed focus on a strategy that could fundamentally change the course of the disease’s progression.

Today more than 5.4 million Americans suffer from Alzheimer’s, with annual healthcare costs reaching $200 billion. Experts estimate that by 2050, 16 million Americans will have Alzheimer’s, with costs soaring above $1 trillion. Most troubling, however, is the fact that every single late-phase clinical trial for Alzheimer’s drugs—even those that held promise in preclinical studies—has failed. The reason for such limited success, argue Drs. Mahley and Huang, is that researchers aren’t examining all potential biological targets.

“Most studies have centered on two key proteins associated with Alzheimer’s, called amyloid-beta (Aβ) and tau,” said Dr. Mahley, Gladstone’s president emeritus and a member of the original team of researchers that discovered apoE. “Aβ and tau do accumulate in the brains of these patients, but Alzheimer’s is a complex disease with numerous molecular players. Given that clinical trials that targeted Aβ and tau have yet to succeed, it’s time the field focus its energies on apoE4.”

The apoE4 protein is produced by a gene, also called apoE4. There are two other types, or variants, of the apoE—called apoE2 and apoE3—that each influence one’s risk for developing the disease. ApoE4 has long been associated with an increased risk for Alzheimer’s, while the other two variants are associated with a much lower risk. For example, while one in four people carry the apoE4 gene, it is found in 65% to 80% of all people who develop Alzheimer’s. ApoE4 has also been implicated in other neurological conditions, including Parkinson’s disease and multiple sclerosis, and is associated with poor clinical outcome in patients with traumatic brain injury.

But even though apoE4 is associated with multiple neurological disorders, apoE itself plays a vital role in normal brain function.

“The apoE protein is fundamentally important because it helps to repair damage to brain cells. When brain cells, or neurons, are damaged by trauma, stress or through the normal process of aging, they produce apoE to help fix the damage.”

said Dr. Huang, the paper’s co-author who is also an associate professor of neurology at the University of California, San Francisco (UCSF), with which Gladstone is affiliated.

However, the apoE4 form of the protein—unlike apoE2 or apoE3—is folded in ways that can cause trouble. Production of apoE4 in neurons can set off a chain of events that, over time, sometimes leads to neuronal degeneration and cell death. For example, evidence suggests that when apoE4 is produced, an enzyme snips off a piece of the protein, generating apoE4 fragments that can disrupt normal cell functions. This can then lead to the buildup of pathological forms of the protein tau in neurons, which further contributes to these cells’ degeneration.

ApoE4 also interrupts the normal process by which cells clear excess Aβ. As a result, Aβ continues to build up to toxic levels, further impairing neuronal functions. This complex and multilayered mechanism may explain why drugs that target Aβ and tau alone have all failed—they don’t target the underlying problem of apoE4.

“Even if you have drugs that can flush out Aβ and tau, you’re still setting the stage for disease by letting malformed apoE proteins continue to go unchecked,”

said Dr. Mahley, who is also a UCSF professor of pathology and medicine.

“But if we shift our efforts to developing drugs that correct the shape of the apoE4 protein, we may have a real shot at slowing or even stopping the disease in its tracks. Towards these goals, we have developed candidate drugs, so-called apoE4 “structure correctors” that are capable of converting the pathological apoE4 into a molecule that is structurally and functionally like so-called ‘normal’ apoE3 protein.”

“”In this comprehensive synthesis of research, Drs. Mahley and Huang—true leaders in the field of apoE and Alzheimer’s—remind us that we must address all known aspects of this terrible disease,”I am optimistic that with the combined efforts of scientists at Gladstone and around the world, we are closer than ever to finding treatments that will make a real difference to patients and their families.”

Gladstone is an independent and nonprofit biomedical-research organization dedicated to accelerating the pace of scientific discovery and innovation to prevent, treat and cure cardiovascular, viral and neurological diseases. Gladstone is affiliated with the University of California, San Francisco.

Next Story:
The Beginning of the End (of year lists)