African Head Charge squeeze into the 100 Club in July. We suggest you do the same.

Pulsating with tribal drumbeats and chanting from the soul of Africa, African Head Charge fuse together primal rhythms with heavy psychedelic dub, roots reggae and 21st century electronica. Formed originally as a studio project in 1981, the London-based collective has gone on to achieve semi-legendary cult status, creating 13 albums and gracing stages across the world, from Australia and New Zealand to Glastonbury music festival. 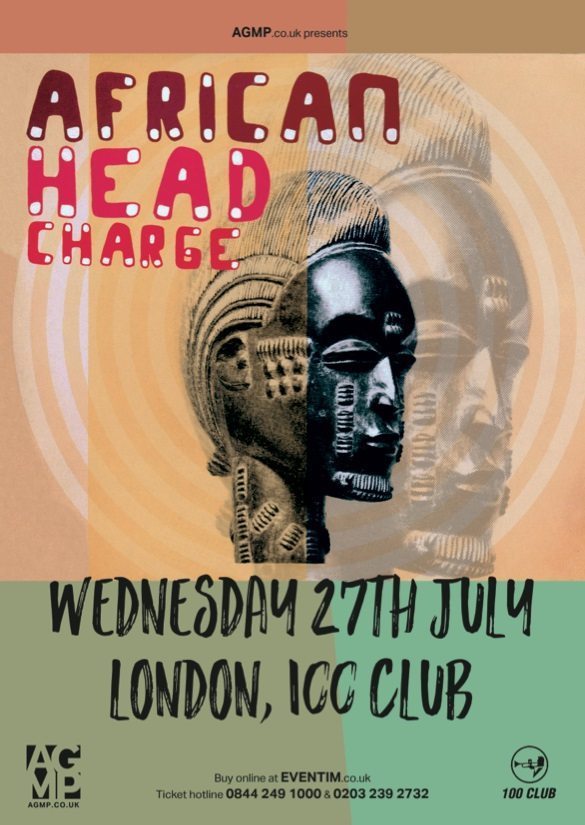 Their epic live show features a line-up of 6-8 world-star performers, fusing together djembes, guitars, drums, keys and vocals with heavy electronic sampling. The collective use this blend of live and electronica to generate an intoxicating soundscape of reggae-inflected drumming, visceral vocals and bottomless, thrumming bass-lines that truly reach to the heart of your being.

Previous Story:
Old People are Dying, Pass me my Phone!

Next Story:
Grainy nihilist post-industrial ain’t what it was (Sonny Lanegan)