Your Brain on Drugs… safer

A new study published in the March issue of The American Journal of Pathology suggests that cortical type 2 cannabinoid (CB2) receptors (activated when we use drugs) might serve as potential therapeutic targets for cerebral ischemia. 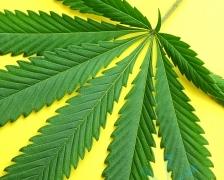 It’s a smoker’s perennial that the cannaboid receptors in the human brain are needed… now it appears those drug-taking corduroy-wearing buggers may be right.

A new study published in the March issue of The American Journal of Pathology suggests that cortical type 2 cannabinoid (CB2) receptors might serve as potential therapeutic targets for cerebral ischemia.

“To our knowledge, novel data presented in this study provide evidence for the first time supporting a previously unappreciated role of cortical CB2R, especially neuronal CB2Rs, in ischemia,” says lead investigator Won-Ki Kim, PhD, of the Department of Neuroscience, College of Medicine, Korea University in Seoul. “This study suggests that further investigation is warranted to establish the clinical usefulness of TC as a preventative and therapeutic agent for treatment of stroke.”

Results presented in the study shed light on the anatomy and mechanism of action of CB2R-mediated neuroprotection. In the in vivo study, which was performed in rats, the right middle cerebral artery was occluded for 1.5 hours to mimic an ischemic stroke; blood flow was allowed to return for the next 24 hours. Three hours after the occlusion began, the animals were treated with TC; some animals also received AM630, a CB2R antagonist. The next day, the brains were removed, and the volume of the infarct and extent of cerebral edema were measured.

Using immunocytochemistry, the investigators found evidence of CB2Rs in the cortex of both control and ischemic brains, mostly in cortical neurons but also to a lesser extent in some glial cells. This finding in itself is important because the question of whether CB2Rs are present in the cortex has long been a matter of debate, say the authors.

Post-ischemic treatment with TC reduced infarct size by 53.8% and reduced edema by 51.9%. However, co-administration of the CB2R antagonist AM630 completely blocked the protective effect of TC. Further analysis indicated that CB2R activation is involved in the ability of TC to induce cAMP responsive element-binding protein (CREB) phosphorylation and increase the expression of brain-derived neurotrophic factor (BDNF) in ischemic tissue.

Cell-culture studies of embryonic rat cortical neurons and glia exposed to OGD/R to simulate ischemic insult confirmed some of the findings of the in vivo studies and contributed to further understanding about cellular effects of ischemia and TC treatment. In the cultures, TC decreased neuronal injury, intracellular oxidative stress, and mitochondrial depolarization following OGD/R, and the effects were reversed by AM630 but not by a CB1R antagonist, AM251. Western blot analysis demonstrated that TC enhanced the phosphorylation of AMP protein kinase (AMPK) and CREB, while selective AMPK and CREB inhibitors blocked TC’s neuroprotection. Other findings indicated that the anti-ischemic effect of TC was not mediated by NMDA receptor antagonism or antioxidant activity.

TC is a major cannabinoid derived from the essential oil of the flowering plant Cannabis sativa, but has a fundamentally different structure from classical cannabinoids. Unlike agents which activate CB1 receptors, selective CB2R receptor agonists do not have psychoactive side effects. TC appears to maintain CB2R agonist activity when administered orally and is a common ingredient found in many food additives and folk medicines. The intriguing results of the present study suggest that the anti-ischemic benefits of TC deserve further exploration.

2 Replies to “Your Brain on Drugs… safer”