The discovery of a medium grade copy in a thrift sale (following the death of Day’s daughter Gracia) has been confirmed.

[dropcap style=”font-size:100px; color:#992211;”]S[/dropcap]mooth Mile (the leading experts in the evaluation of rare comic books) have authenticated the discovery of a copy of the first, and only issue, of THE PRESENCE, dated June 1957.

It was written by Arthur Lobe and drawn by the eccentric, and highly strung, genius Shelton (Sunny) Day.  Both Lobe and Day had been staff workers at Lovealong Toys, producing copy and promotional art for the California based company. 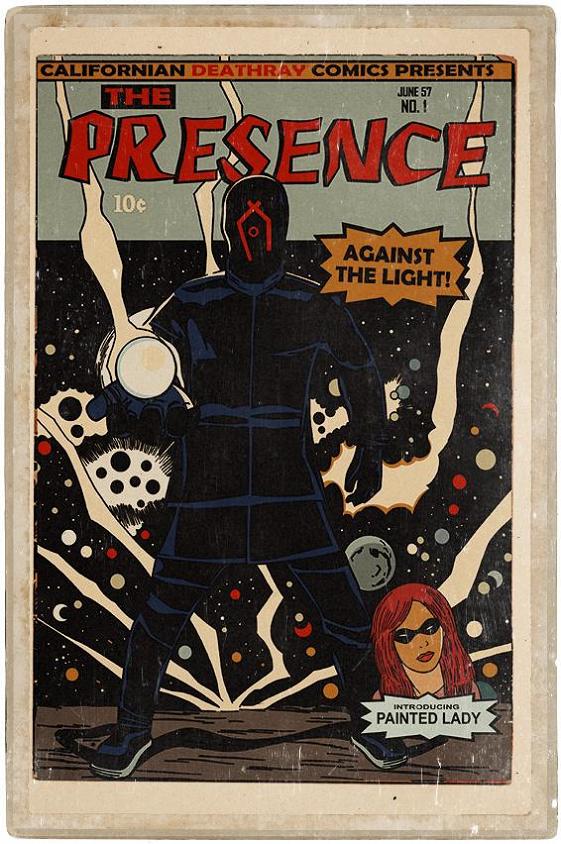 When they created a free give-away 8 page comic for Robo-Fight plastic toys, it gave a tremendous sales surge to the previously struggling line. Further giveaways also increased sales volume for other product, leading to the writer and artist eventually breaking away from their employers to form their own independent comic book company.

Both men had borrowed money from friends and family to launch CALIFORNIA DEATH RAY COMICS and this caused some strain. By all accounts Day became increasingly fractious and ‘downright troublesome’ during the creation and production of The Presence and The Painted Lady, who were to introduce a whole new pantheon of comic book characters.

In a 1973 interview with The Comics Journal Loeb commented

‘The whole thing was really all about Sunny. He took care of almost everything. I just did the lettering and put words into the character’s mouths. I figured I could carry my part because I still had contacts with the toy business and I was confident that we could license these characters for good cash. He daddled along drawing and re-drawing the damned thing so I was in a rush to put all the parts together for our release date. I mean we had paid for trade ads and everything.’

An error that was to prove fatal

Unfortunately in his haste to complete the dummy issue Loeb made an error that was to prove fatal. He inadvertently added an N to the word California and the issue was sent to the printers bearing the Logo CALIFORNIAN DEATH RAY COMICS. Day ‘hit the roof and never came down’.

Loeb recalls that ‘we argued and it got pretty rough– he wasn’t the same quiet guy I had been working with for over ten years.’ The artist wanted the whole first print recalled but Loeb was adamant ‘It would have cost us a fortune. It wasn’t that big a deal to me. I still think Californian sounds pretty good.’ 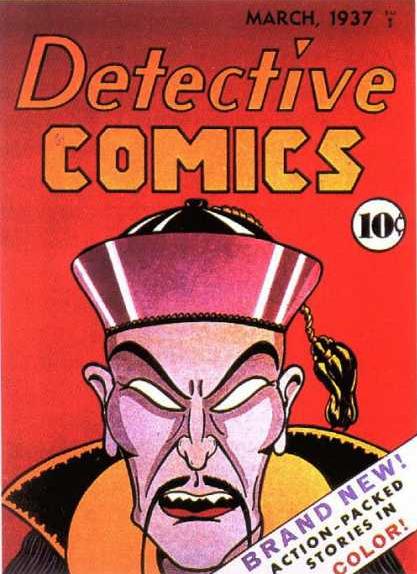 After the argument, Day drove straight to the printers, broke into their warehouse and set the place alight destroying all copies of the book, and everything else in the building. His charred remains were found in the wreckage. A suicide note, of sorts, was written in capitols and pinned to the gates of the Burbank Printing Company. It read: FIRE SORTS OUT EVERYTHING.

Comic collectors have pined over the ‘lost’ comic ever since, and now that the discovery of a medium grade copy in a thrift sale (following the death of Day’s daughter Gracia) has been confirmed, it is expected to challenge the recent records set by Smooth Mile’s sale of Detective Comics number one for $750,000.

SM have slabbed the comic in Mylar and are once again utilising their controversial Sealed Bid System, with all prospective purchasers having to bid over six figures. There is no way of knowing what the final price will be but you can be assured that Trebuchet will not be bidding on the item. Comic books are for reading, not slabbing.

Previous Story:
Continuity Glitches : Why We Miss Them