Within The National (In)Security State: Fear as a Constant Companion

How belligerently ignorant nationalists will forfeit their rights for the illusion of safety. 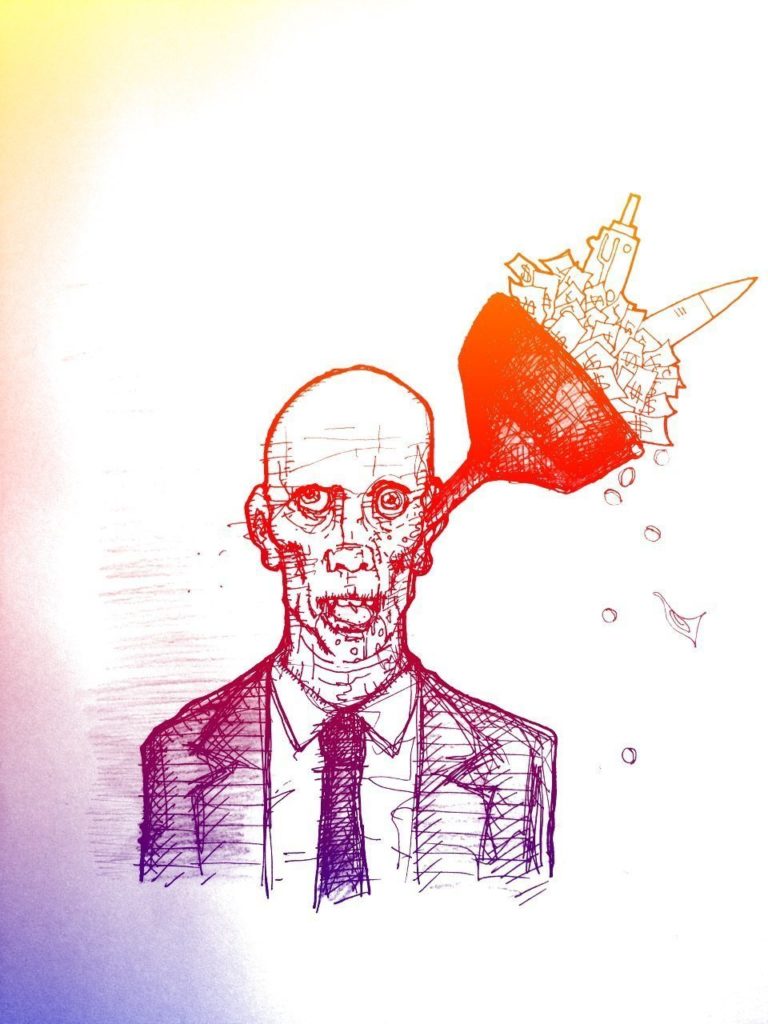 “Anxiety is the dizziness of freedom.”―Søren Kierkegaard

ife, as lived, moment to moment, in the corporate/consumer state, involves moving between states of tedium, stress, and swoons of mass media and consumer distraction.

Therein, one spends a large portion of one’s economically beleaguered life attempting to make ends meet and not go mad from the pressure and the boredom. Where does a nebulous concept such as freedom even enter the picture, except to be a harbinger of an unfocused sense of unease… that all too many look to authority to banish?

Finding a balance between anxiety and freedom is not something that comes easy to us.

In a society beset with a lack of purpose and meaning, patriotism, empty self-promotion and jingoism are mistaken for strength and character, when, in fact, they are anathema. Weakness compensates by affecting a cretinous swagger.

Those who lack a centering core crave power. Beneath it all, quakes one who fears risking intimacy… is terror stricken by the vulnerability attendant to risking love. Those who fear the uncertainty inherent to intimacy and freedom perceive a world fraught with ubiquitous danger.

They terrorise themselves; therefore, they see terrorists everywhere.

their rights for the

Recently, a U.S. city was placed in lockdown due to the search for a solitary, nineteen-year-old suspect. Thirty different law enforcement agencies were involved. This is the sort of authoritarian overkill that is emblematic of a police state i.e. all sense of proportion is lost, and conveniently so…

Why? Because these bloated, overfunded police agencies have a need to justify their existence. And one means of doing so… is to maintain a ramped-up level of fear, by creating a culture-wide, self-resonating feedback loop of hysteria.

Hence, if there exists a perpetual, looming menace to all we hold dear, the operatives of the police state can maintain their authority, and the political class can operate sans public oversight.

The events that followed in the wake of the bombs set off at the Boston Marathon have served as an object lesson in how the police state/militarist madness of authoritarian excess becomes normalised. How belligerently ignorant, sorehead nationalists and jumpy ninnies will forfeit their rights for the illusion of safety.

Under the tedium, angst, and ennui of corporate state rule, people get high on the adrenal rush induced by the mass media feedback loop. Also, there is the illusion of breaking the spell of alienation and becoming part of a larger order.

It is troubling that the adrenaline-tweaked, news-as-mass-spectacle audience/primed-for-authoritarianism citizenry of the U.S. seems indifferent to, or oblivious of, the following: The test of a free society comes when that society is put under duress e.g., not allowing the power-besotted, authoritarian freaks in charge to use the acts of a few violent, lost souls as a means to curtail freedom and consolidate unaccountable power for themselves.

The flacks, operatives and enforcers of corporate state/militarist imperium retail in fear, specifically, in false, displaced and exaggerated fears. The collective mind of empire is a house of distortion mirrors wherein appearances cannot be trusted, all sense of proportion is lost. Perception is thrown askew; thus, the most wily, dangerous enemy of all becomes one’s own mind.

Minor threats are perceived as looming dangers—a Rumpelstiltskin in Reverse Effect comes into play. Pressing matters are neglected, as obsession with trivia trumps all things. An empire bristles with armaments, indiscriminately, aimed at invisibles.

Misdirected fear is a phantom. You can attempt to strike him all day long… but to no end, other than to leave you agitated and spent. Keep at it and you will collapse from exhaustion.   This is the way empires meet their end.

A giant goes mad, addled by the buzzing of flies he hallucinates are a squadron of dragons.   Accordingly, meet your fears, look them in the eye, live among them for a time. Discern whether they consist of an insect buzzing at your windowpane or is a dragon on the roof.

After suffering or witnessing a traumatic event, long after the painful event has passed, one will continue to fear a reoccurrence of the incident. All too often, one becomes locked in a state of hypervigilance… installing a police state of the mind, and, in so doing, a lockdown of empathy and imagination comes to pass.

The legacy of a fear-ridden past denudes the future of possibility. Time passes, yet one stands frozen in place, shackled to the singular moment of a trauma that has long since passed. The imagination atrophies; one’s ability to love fades.

This is the miserable legacy of occurrences such as the Boston Marathon bombing and the subsequent police state siege of the city.

If you are curious as to why U.S. culture has become increasingly stultifying—why daily life in the nation has been drained of resonance, inspiration, and bereft of a vital core—look no further than the emotional blowback borne of the national (in)security state.

Part 2 of this article appears on Saturday, 11th May

One Reply to “Within The National (In)Security State: Fear as a Constant Companion”