And When the Sleeper Wakes? (H.G.Wells, Wyndham Lewis and Nietzche)

Flirting with Fascism is a dangerous game, particularly when misinterpreting Nietzche

[dropcap style=”font-size:100px; color:#992211;”]H.G.[/dropcap]
Wells managed to explore the themes and implications of Friedrich Nietzsche’s ideas, which exerted a strong influence on Wyndham Lewis and the growing expectations (and numbers) of the popular masses.

Wells did so without losing faith in positive projects¹, gleaning from Nietzche the sentiments which enforced his own worldview:

I teach you the overman. Man is something that shall be overcome. What have you done to overcome him?
All beings so far have created something beyond themselves; and do you want to be the ebb of this great flood and even go back to the beasts rather than overcome man? What is the ape to man? A laughing stock or a painful embarrassment. And man shall be just that for the overman: a laughingstock or a painful embarrassment….

Behold, I teach you the overman. The overman is the meaning of the earth. Let your will say: the overman shall be the meaning of the earth! I beseech you, my brothers, remain faithful to the earth, and do not believe those who speak to you of otherworldly hopes! Poison-mixers are they, whether they know it or not. Despisers of life are they, decaying and poisoned themselves, of whom the earth is weary: so let them go.

Once the sin against God was the greatest sin; but God died, and these sinners died with him. To sin against the earth is now the most dreadful thing, and to esteem the entrails of the unknowable higher than the meaning of the earth….

What is the greatest experience you can have? It is the hour of the great contempt. The hour when your happiness, too, arouses your disgust, and even your reason and your virtue.

The hour when you say, ‘What matters my happiness? It is poverty and filth and wretched contentment. But my happiness ought to justify existence itself.’

The hour when you say, ‘What matters my reason? Does it crave knowledge as the lion his food? It is poverty and filth and wretched contentment.’

The hour when you say, ‘What matters my virtue? As yet it has not made me rage. How weary I am of my good and my evil! All that is poverty and filth and wretched contentment.’

Man is a rope, tied between beast and overman–a rope over an abyss….

Despite their obvious political differences, Lewis recalls upon seeing Wells:
‘I saw H.G. Wells… on several occasions. He did not belong to the circle of which I am speaking. He came independently, with parties of his own. My friends observed him with something approaching horror. One of them said ‘Whenever I see H.G. Wells I feel uncomfortably refined.’ In looking over I saw a not particularly butcher-like, but certainly unromantic pepper-and-salt figure, springing about in a suit too tight for him, as he induced ladies into chairs and did all the honours,’

Lewis is more flattering in his portrait of West, (pictured right) askin

g her to contribute to the first edition of the Vorticist magazine Blast (July 1914). All three were linked by a relatively small literary social circle which on and off revolved around the publication The English Review (1908 to 1937) and the editor Ford Maddox Ford, who published and enabled many talented writers including the Vorticist poet and futurist Ezra Pound.

West enjoyed Lewis’s company and took him seriously as a writer and artist. An insightful essay regarding the dynamics of Lewis, West and another committed socialist Naomi Mitchison, ‘Wyndham Lewis and the Cultures of Modernity’ by Michael Hallam explores the relationship in depth. Hallam suggests that avant-garde experimental tendencies and mutual respect maintained the friendships. West kept her powder dry however, and remained philosophical about her inclusion in Blast and her status as a Vorticist²

‘I have just seen about Blast in the Times Literary Supplement. It is described as a manifesto of the Vorticists. Am I Vorticist? I’m sure it can’t be good for Antony if I am,” 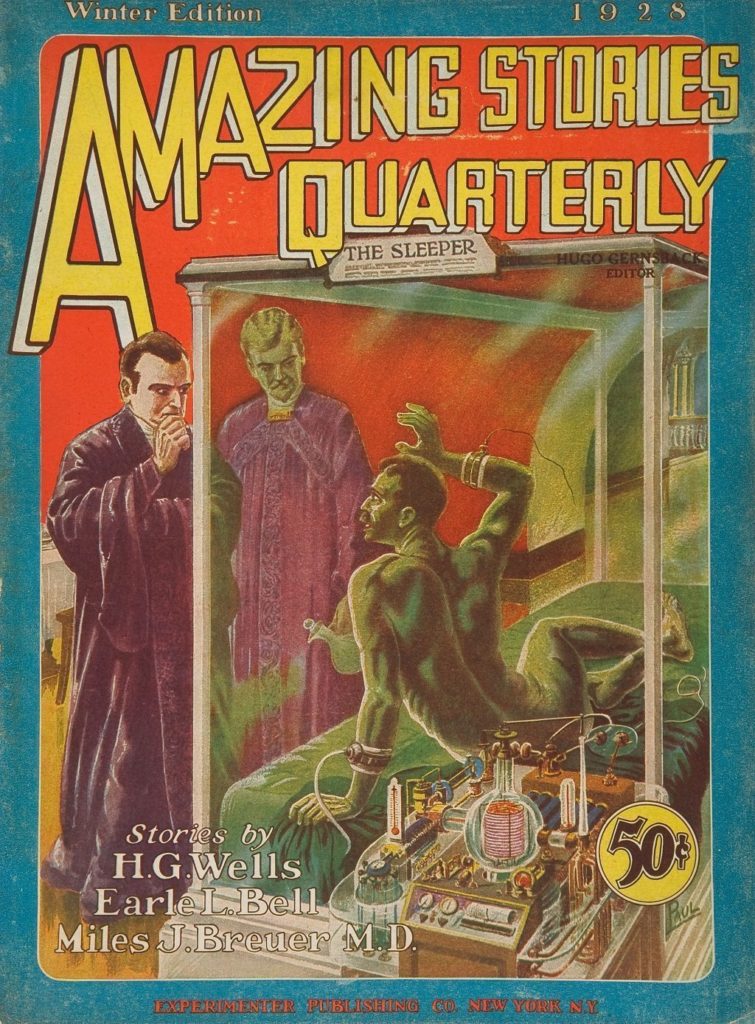 The artistic movements of Futurism and Vorticism, in Italy and England respectively, were bold and brash. Both crashed into the art scene of the day with total confidence and absolute violence, the energy however of Marinetti’s and Lewis’s art movements flung themselves apart and both, (although more so with Marinetti) flirted with fascism and a so called hard edged outlook. Although both men later regretted that, they never lost their cynical disdain for both the fatted elite and the lumpen masses.

Much of this dash and malice approach, which was also especially present in Nazism, was due to a misinterpretation of the philosopher Friedrich Nietzsche’s ubermensch/superman, and an enduring fear of the ‘last man’.

The day of democracy is past…the day of the common man is past… this is the second aristocracy. The real one…. Aristocracy, the prevalence of the best – the suffering and extinction of the unfit, and so to better things….

The world is no place for the bad, the stupid, the enervated. Their duty – it’s a fine duty too! – is to die. The death of failure! That is the path by which the beast rose to manhood, by which man goes on to higher things….

So long as there are sheep Nature will insist on beasts of prey…. The coming of the aristocrat is fatal and assured. The end will be the Over-man-for all the mad protests of humanity

Of course this identification of Wells’ is not the point of Nietzsche’s Ubermensch. Nietzsche rather proposes that the Ubermensch is posited by man as a goal. An interesting modern imagining of a confrontation between the deluded all-too-human Randian³ superman and an actual Ubermensch occurs in Ridley Scott’s Prometheus (2012) where the wealthy Randian business man and scientist Weyland, after waking up and engaging with the engineer, is violently cast aside as a total irrelevance.

The mistake, the misunderstanding, being that one might assume the mantle of this concept and imagine that understanding the words somehow inured the reader with the superiority of an Ubermensch. It’s as deluded as imagining that grasping the concept of self-knowledge means you have it.

Any appropriation of Lewis should bear this lesson in mind! His use is not to reaffirm a cynic’s disdain for the masses and prop up a false sense of superiority, but to undermine the other dominant voices with that of the true master: one who declares, one who acts and one who dares to be wrong.

Creative practice needs this voice, as does politics.

¹ The rejection of altruism is often interpreted as a confrontation between the old warrior master and new ‘Christian Master’. Nietzsche himself encouraged this, however it’s worth noting that Marx also rejected altruism and spoke of a world where you might, ‘do one thing today and another tomorrow, to hunt in the morning, fish in the afternoon, rear cattle in the evening, criticise after dinner, just as I have a mind, without ever becoming hunter, fisherman, herdsman or critic’. The great man of capitalism is the master that Nietzsche criticized along with the herd.

² Billy Mills writing in The Guardian explores this in ‘Rebecca West, the forgotten Vorticist’ 2011. West’s contribution to Blast was entitled, ‘Indissoluble Matrimony’

³ Ayn Rand famously personified her superior people as self-interested businessmen, most notably in Atlas Shrugged (1957). Her rejection of altruism and celebration of the ‘creative entrepreneur’ is influenced by Nietzsche, however Nietzsche’s Ubermensch is not a proponent of the market nor does he exploit others.

Read previous essays in this series: Part One ¦ Part Two

Previous Story:
Check Your Pants! This Ethiopian Ant Could Conquer the World

Next Story:
That Time You Went Away? Your Dogs Remember

One Reply to “And When the Sleeper Wakes? (H.G.Wells, Wyndham Lewis and Nietzche)”