Is the US A New Weimar? If So, The Democrats Made It

If Donald Trump is the symptom of US sickness, it is the Democrats who are the disease

[dropcap style=”font-size:100px; color:#992211;”]D[/dropcap]esperate US liberals, staggered and reeling due to the vast ineptitude of their candidate and her foundering campaign, have been evoking images of the fall of the Weimar Republic and the rise of Hitler and the Nazi Party.

And they are blaming the situation on leftists who refuse to support the ill-conceived and incompetently executed run of their standard bearer, the reprehensible Hillary Clinton.

Hysteria? A cynical attempt at playing on the fears of credulous progressives? A display of historical ignorance?

I suspect all of the above.

The harsh, punitive nature of the Treaty of Versailles and the corruption of Weimar liberals were the main criteria for the rise of Hitler and the Nazi Party. The similarity between 1930s Germany and the present day U.S. are as follows: The corruption of neoliberal politicians — from both political parties of the present duopoly — has presented an opening for Trump’s demagoguery. 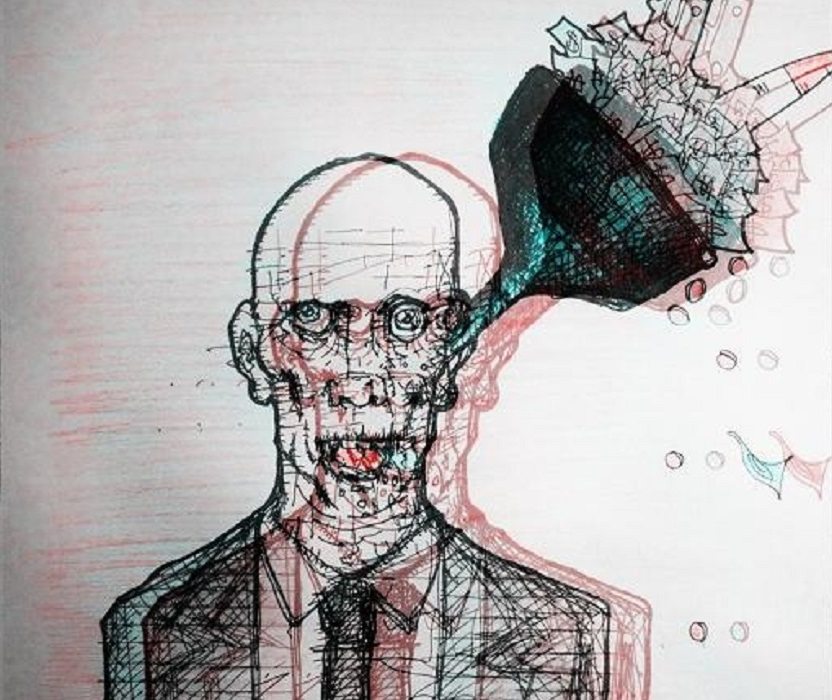 In short, as one astute observer noted, Reagan/Bush/Clinton/Obamaism is the disease; Trump is the symptom. Democrats have no one to blame but themselves for the fix they’re in. Their corporacrat/neoliberal policies created the opening for Trump. Moreover, due to their arrogance in rigging the race for a candidate detested by the voting public, they deserve to lose.

Liberals live in terror of the rage and resentment of the laboring class, a class they betray by means of their perpetual and self-serving support of the capitalist status quo. Moreover, it is not communist/socialist/leftist refuseniks demurring from joining in allegiances with sold-out liberals that creates the criteria for fascism — it is the economic and societal degradations inherent to capitalism itself that are to blame for the situation.

Hillary Clinton is the very emblem of the kind of establishment corruption and incompetence that catalyzes a trajectory towards hyper-authoritarianism. She was made to order  (and at the insistence of Democratic partisans, to the point of rigging their primary process in her behalf) and will be to blame if a defeat in November comes to pass.

Suggestion regarding the irredeemable Democratic Party: Dismantle the machine. When it comes to a grinding halt, send what remains to the junkyard of political history.

Previous Story:
A Decade of ‘Delics: Shroom, Ten Years On

Next Story:
Are You Enjoying Your Video Game? Computer Says No