Weed or Wine – What’s Your Poison?

A study of the link between the two offers no simple answers. Then again, it’d be even more complicated if the sample group had been Californian:

-Joint with your wine?
-Do you have anything that might accentuate the red fruit notes?
-We have some nice early-harvest blueberry kush.
-Indica with PINOT! Are you an IMBECILE?!

Does legal marijuana tempt pot users to consume more alcohol — or are they likely to opt for cannabis instead of chardonnay?

A University of Washington team of researchers sought to address those questions in the context of evolving marijuana policies in the United States. Their findings, published online Dec. 21 in the journal Alcoholism: Clinical & Experimental Research, highlight the difficulties of gauging the impact of a formerly illicit drug as it moves into the mainstream.

Recreational marijuana use is now legal in four states and medical marijuana in 23 states. Research on legalization policies has focused largely on how they impact marijuana access and use. But the UW team wanted to know how legalization affects the use of alcohol, by far the nation’s most popular drug.

The majority of adults in the U.S. imbibe to varying degrees, and alcohol abuse is the third leading preventable cause of death nationwide. Drinking accounts for almost one-third of driving fatalities annually, and excessive alcohol use cost $223.5 billion in 2006 alone.

“We chose to focus on alcohol because even relatively small changes in alcohol consumption could have profound implications for public health, safety and related costs,” said lead author Katarína Guttmannová, a researcher in the UW’s Social Development Research Group.

The researchers sought to determine whether legalizing marijuana led to it becoming a substitute for alcohol or tended to increase consumption of both substances. If it was the former, they reasoned, that could greatly reduce the costs of healthcare, traffic accidents and lower workplace productivity related to excessive drinking.

But if legalized marijuana resulted in increased use of both drugs, costs to society could increase dramatically, particularly since those who use both substances tend to use them at the same time. Those who use both substances simultaneously are twice as likely to drive drunk and face social troubles such as drunken brawls and relationship problems, a recent study found.

Drawing on previous studies, the researchers hypothesized that legalization of marijuana could result in either substitution or complementary effects. Marijuana and alcohol both provide users with similar “reward and sedation” effects, the researchers noted, which could prompt users to substitute one for the other. But blood levels of THC, the chemical responsible for most of marijuana’s pleasurable psychological effects, increase with simultaneous alcohol use — so the quest for a better high might lead people to use both substances.

The findings of those studies fluctuated widely, depending on the demographic and the type and frequency of alcohol and marijuana use. One study, for example, found that states where marijuana is decriminalized had more emergency room visits related to marijuana and fewer visits linked to alcohol and other drugs. Some studies found that high school seniors in states where pot was decriminalized tended to drink less, while other research found that college students who used pot also drank more. 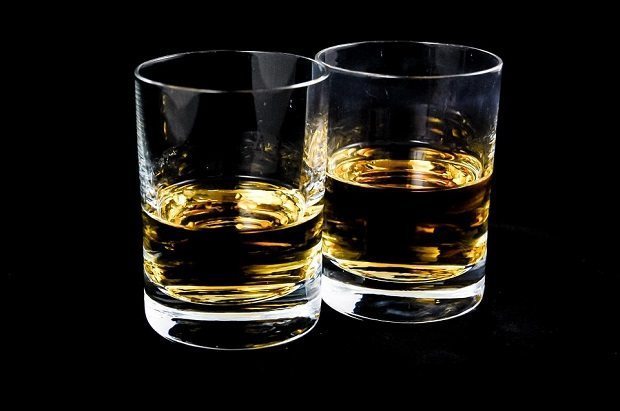 more of those deaths.

Other research found that while legalized medical marijuana wasn’t associated with any increases in underage drinking, it was linked with more binge drinking and simultaneous use of pot and alcohol among adults.

The issue is particularly complicated in Washington state, which legalized recreational marijuana use in 2012 after privatizing liquor sales the previous year. As a result, the uptick in alcohol sales made it difficult to isolate the impacts of legalized marijuana on drinking from the change in alcohol policy.

The researchers concluded that there’s evidence of marijuana and alcohol being both substitutes and complements. Given the rapidly evolving landscape of marijuana policy, they say further study will be important to understand how changes in marijuana laws impact the use of alcohol and other drugs.

In particular, Guttmannová said, future studies should address specific dimensions of marijuana policies, timing of policy change and implementation, and different aspects of marijuana and alcohol use, such as age of users and whether they are episodic or regular consumers.

“This is a complicated issue and requires a nuanced approach,” she said. “We were hoping to have more clear-cut answers at the end of our research. But you know what? This is the science of human behavior, and it’s messy, and that’s OK.”

Next Story:
Of the flesh and its many variations (Oliver Jones)