At this point, the Hugo Awards of 2015 look as good as dead, and everyone is now fighting over a corpse. 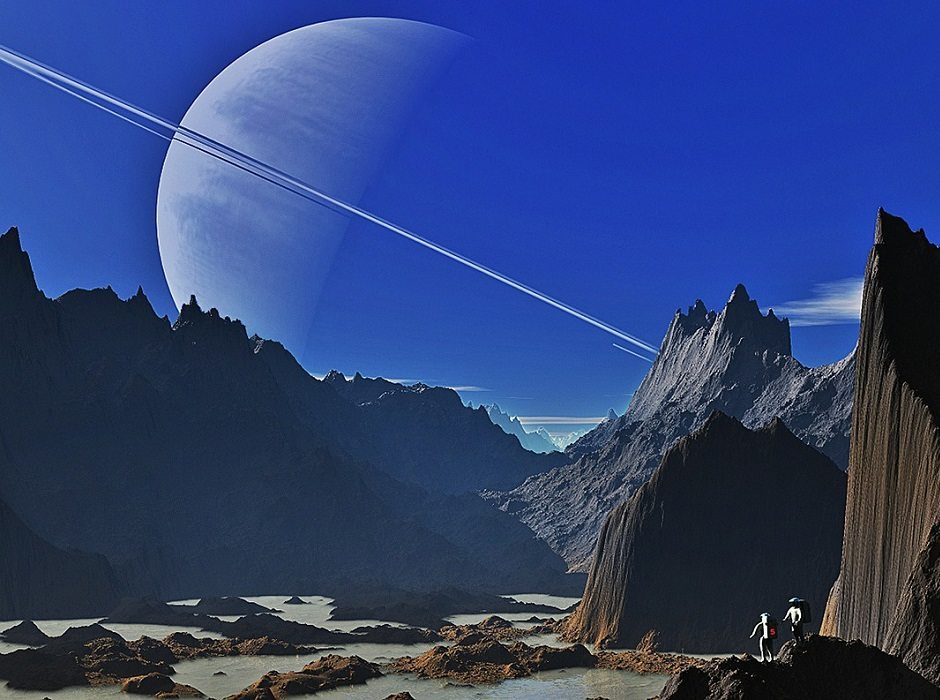 [dropcap style=”font-size:100px; color:#992211;”]I[/dropcap]f you don’t understand what the current war of words over the science fiction world’s Hugo Awards is all about, let us start with a couple of analogies.

Every year, around February time, the Classic Rock Society holds an awards ceremony in Wath-upon-Dearne in Yorkshire. Despite the name, the emphasis is on progressive rock, and the winners are almost entirely drawn from a relatively small and incestuous scene of grassroots bands either signed to small labels or who release independently. Bands such IQ, Magenta, Mostly Autumn and a handful of others at the same level dominate the awards. Indeed the award for Best Bass Player used to be known as the “Best John Jowitt Award” because he used to win it year after year, until finally he ruled himself out of contention so that someone else could win for a change. Nobody from major-league prog bands like Dream Theater or Rush ever win, nor prog-influenced mainstream acts like Elbow or Muse.

Were a large influx of people join the CRS specifically to vote for something like Noel Gallagher’s latest record as album of the year, a lot of people would be highly unimpressed. But the CRS Awards has never held itself up as representing the best of all music, progressive or otherwise. It doesn’t have a generations-long history in which In The Court of the Crimson King and Close to the Edge were illustrious past winners.

Eleswhere The Guardian does a yearly readers’ poll for best album. Many years it’s dominated by the same corporate-indie mainstream as the end-of-year list complied by their own writers. But in 2012 the winner was Invicta by progressive rock stalwarts The Enid. A few people cried foul, claiming it was out of order that a band playing the sort of music that to them was the epitome of uncool could be allowed to gatecrash indie-rock’s party. But the larger consensus was “good on them”. The Enid’s fanbase broke no rules, and any other cult band with a devoted following could have done the same thing, but didn’t. Two years later the veteran punk satirists Half Man Half Biscuit repeated that success for their album The Urge for Offal.

If a dozen different bands with dedicated but non-overlapping fanbases were to do the same in 2015, it would make the readers’ end-of-year list an awful lot more interesting.

Neither, of course, is an exact parallel. The Hugo Awards are awarded by the World Science Fiction Convention, commonly known as the Worldcon. It’s an annual convention held in a different city across the world each year; last year it was in London, this year’s will be in Spokane. Although by present-day standards it’s a relatively small convention compared with events like ComicCon, its longevity and history means the Hugos are still one of the science fiction world’s most prestigious awards.

And now they’ve become a battleground.

A group of authors led by gun-toting right-winger Larry Correia bemoaned the fact that the Hugos in recent years had become dominated by so-called “message fiction”, meaning the sorts of socially-aware work with literary ambitions that typified many recent winners, at the expense of the sort of old-fashioned adventure stories they grew up on and wrote themselves. So they came up with the “Sad Puppies” campaign, recommending works for their fanbases to nominate.

You don’t have to attend a Worldcon in person to be able to participate in the Hugo process; all you need to do is pay $40 for a supporting membership and you can vote both for nominations and for the final ballot. Getting your supporters to pay up and vote for nominations breaks no rules, but putting up whole slates is widely regarded as cheating, against the spirit of the whole thing even if it’s not technically outlawed.

Which is what Brad Torgersen, who ran the Sad Puppies campaign this year proceeded to do, with the Sad Puppies slate, which he and Correia had been promoting heavily on their respective blogs.

Last year the stated goal of Larry Correia’s Sad Puppies slate was to shake things up, and he made the highly questionably decision to include a novella by the infamous Vox Day in his slate purely “to make heads explode”. It got on the ballot, but eventually came last, below “No Award”, partly because Vox Day is widely hated, and partly because the work was, to be put it diplomatically, decidedly sub-standard.

This year Brad Torgersen had a different stated agenda, which was to showcase quality work of the sort that Correia and Torgersen claimed gets overlooked. While the list predictably skewed towards rightwing authors, it also included left-leaning writers such as Annie Bellet, and wasn’t exclusively white or male.

Then Vox Day considerably muddied the waters by putting up his own Rabid Puppies slate. Most of it simply copied Brad Torgersen’s Sad Puppies slate despite some authors having agreed to take part on the condition that Vox Day had nothing to do with it. The only differences were some of the short fiction categories, where he added a number of works from his own small press, and the two editor categories, where he entered himself.

Now Vox Day is an outspoken far-right extremist who isn’t even subtle about his racist and misogynistic views, and his action has made it far easier to paint Brad Torgersen’s slate as part of a racist plot. Even after Torgersen posted photos of his mixed-race wife and daughter to his blog.

So it’s hardly surprising that the atmosphere has been getting increasingly ugly, up to the point where people wanted out.

I am withdrawing because this has become about something very different than great science fiction. I find my story, and by extension myself, stuck in a game of political dodge ball, where I’m both a conscripted player and also a ball. (Wrap your head around that analogy, if you can, ha!) All joy that might have come from this nomination has been co-opted, ruined, or sapped away. This is not about celebrating good writing anymore, and I don’t want to be a part of what it has become.

And Marko Kloos withdrew his novel “Lines of Departure”, with this statement from Facebook quoted from Larry Correia’s blog.

My withdrawal has nothing to do with Larry Correia or Brad Torgersen. I don’t know Brad personally, but Larry is a long-time online acquaintance and friend. We’ve known each other since before our writing days. I have no issue with Larry or the Sad Puppies. I’m pulling out of the Hugo process solely because Vox Day also included me on his “Rabid Puppies” slate, and his RP crowd provided the necessary weight to the ballot to put me on the shortlist. I think Vox Day is a shitbag of the first order, and I don’t want any association with him, especially not a Hugo nomination made possible by his followers being the deciding factor. That stench don’t wash off.

It’s hard to guess at Vox Day’s agenda beyond a short-term goal of watching the Hugos burn. He gives the impression he’s even willing to stab the relative moderates on his own “side” in the back, relying on his own radioactive reputation to use his ideological opponents as a weapon, knowing how heavily they’re into guilt-by-association. If so, they’re playing into his hands. In some ways there are parallels with the notorious troll Requires Hate, who ended up eating her own. It’s difficult to tell which of the two ended up doing the most harm.

At this point, the Hugo Awards of 2015 look as good as dead, and everyone is now fighting over a corpse. Whether The Hugos can be salvaged in future years is another matter, and it does need a consensus on what the awards actually represent, and who they belong to. At the moment it’s degenerated into a fight to the death which will only destroy the object being fought over. Science Fiction itself is the loser.

Maybe cooler heads will prevail in 2016. A few people have tried to build bridges and find some common ground, but they’re still being drowned out by the louder and angrier voices.

There do need to be changes, and there is still the chance that some long-term good can come out of this mess.

Slate voting has demonstrated how a relatively small minority voting the same way can sweep entire categories. But it didn’t start with the Sad and Rabid Puppies. It was broken before, and it didn’t need an organised conspiracy to do it. With a small voting pool all it took was a critical mass of people with heavily-overlapping tastes to crowd everything else off the ballot. That fuelled the perceptions, true or not, that second-rate work was ending up on the ballot simply because the author was friends with the right people, and even that the whole thing was being fixed behind the scenes by an imaginary cabal.

The organisers of the Hugos need to do two things. First, they need to massively expand the pool of voters in the nomination round, and there are signs of this already happening. Second, they need to overhaul the voting system so that voting blocs, whether formal, informal or accidental, cannot dominate the nominations in the way they have been doing. If The Hugos are genuinely meant to represent the best of the year in SF&F, the finalists do need to be the choices of a representative cross section across all of fandom. At the moment, there is little evidence that they are.

I’m still glad my chosen fandom is music. I don’t remember even the Punk Wars ever getting this bad.

Next Story:
Only a Few? Smoking and Denial