Waiting (and waiting) for My Man: Marine Snails as Opioid Alternative

An alternative to opioids? Compound from marine snail is potent pain reliever

It’s not a good time to be a snail.

Bad enough that wannabe Kardashians across the globe are flocking to slather their faces with anti-ageing cream formulated from the delightful glistening lubricant goo which snails secrete as they slowly make their way across lettuces and suchlike, but now the marine version of the genus is being toted as an alternative to opioid painkillers.

It’s enough to make a snail want to up sticks and emigrate. But not to France.

A tiny snail may offer an alternative to opioids for pain relief. Scientists at the University of Utah have found a compound that blocks pain by targeting a pathway not associated with opioids. Research in rodents indicates that the benefits continue long after the compound have cleared the body.

The opioid crisis has reached epidemic proportions. Opioids is highly addictive and according to the Centers for Disease Control and Prevention, 91 Americans die every day from an opioid overdose. The medical community is in need of alternative therapies that do not rely on the opioid pathways to relieve pain.

“Nature has evolved molecules that are extremely sophisticated and can have unexpected applications,” begins Baldomera Olivera, Ph.D., professor in biology at the University of Utah. “We were interested in using venoms to understand different pathways in the nervous system.”

Conus regius, a small marine cone snail common to the Caribbean Sea, packs a venomous punch, capable of paralyzing and killing its prey.

In this study, the researchers found that a compound isolated from snail’s venom, Rg1A, acts on a pain pathway distinct from that targeted by opioid drugs. Using rodent models, the scientists showed that ?9?10 nicotinic acetylcholine receptors (nAChR) functions as a pain pathway receptor and that RgIA4 is an effective compound to block this receptor. The pathway adds to a small number of nonopioid-based pathways that could be further developed to treat chronic pain.

Interestingly, the duration of the pain relief is long, greatly outlasting the presence of the compound in the animal’s system.

The compound works its way through the body in 4 hours, but the scientists found the beneficial effects lingered. “We found that the compound was still working 72 hours after the injection, still preventing pain,” said J. Michael McIntosh, M.D., professor of psychiatry at the University of Utah Health Sciences. The duration of the outcome may suggest that the snail compound has a restorative effect on some components of the nervous system. 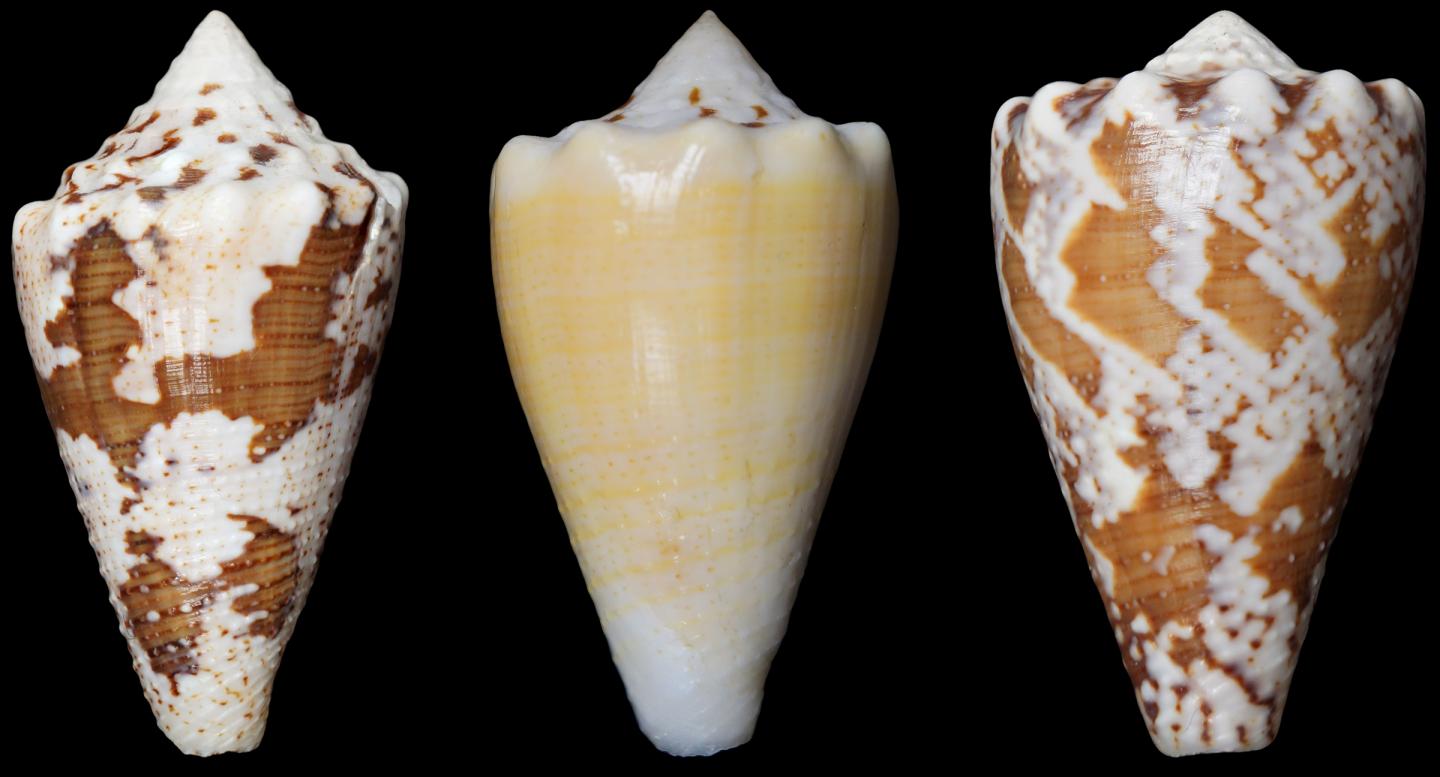 “What is particularly exciting about these results is the aspect of prevention,” said McIntosh. “Once chronic pain has developed, it is difficult to treat. This compound offers a potential new pathway to prevent pain from developing in the first place and offer a new therapy to patients who have run out of options.”

The researchers will continue to the next step of pre-clinical testing to investigate the safety and effectiveness of a new drug therapy.

Previous research had shown that RgIA was effective in rodents, but the scientists wanted to ensure they had a compound that would work in people. To do this, they used synthetic chemistry to engineer 20 analogs of the compound. In essence, the scientists started with a key (RgIA) that fits into a lock (the pain pathway receptor ?9?10 nAChR). Using the key as a template, they developed new keys (analogs) with slightly different configurations.

The scientists found one key that best fit the lock: the analog RgIA4 tightly bound to the human receptor.

To test whether the compound relieved pain, the scientists administered it to rodents that were exposed to a chemotherapy drug that causes extreme cold sensitivity, as well as hypersensitivity to touch. “Interactions that are not normally painful, like sheets rubbing against the body or pants against the leg, becomes painful,” said McIntosh.

Most pain medications available today work through a limited number of pathways and are not sufficient to alleviate chronic pain. “RgIA4 works by an entirely new pathway, which opens the door for new opportunities to treat pain,” said McIntosh. “We feel that drugs that work by this pathway may reduce burden of opioid use.”

Previous Story:
What Holocaust? What War? Collective Amnesia in the Time of Trump

Next Story:
The Mystery of Roll: The Great Momentum (Edenbridge)