Forget Lipstick on the Collar, Viral Tracking Reveals Exactly Where You’ve Been

Your viruses could reveal your travel history, and more

[dropcap style=”font-size:100px; color:#992211;”]C[/dropcap]oldsore tracking, in which a detailed deep-sequencing analysis of the virus causing the condition reveals both the timeframe and geographical region in which it was contracted.

Coming soon to divorce proceedings near you.

The genomes of two distinct strains of the virus that causes the common lip cold sore, herpes simplex virus type 1 (HSV-1), have been identified within an individual person — an achievement that could be useful to forensic scientists for tracing a person’s history. The research also opens the door to understanding how a patient’s viruses influence the course of disease. The research by an international team led by Moriah L. Szpara, assistant professor of biochemistry and molecular biology at Penn State University, will be published in the May 2016 issue of the journal Virology.

Most people harbor HSV-1, frequently as a strain acquired from their mothers shortly after birth and carried for the rest of their lives. The new discovery was made with the help of a volunteer from the United States. The research revealed that one strain of the HSV-1 virus harbored by this individual is of a European/North American variety and the other is an Asian variety — likely acquired during the volunteer’s military service in the Korean War in the 1950s.

“It’s possible that more people have their life history documented at the molecular level in the HSV-1 strains they carry,” said Derek Gatherer, a lecturer in the Division of Biomedical and Life Sciences at Lancaster University in the United Kingdom and a member of the research team, which also includes scientists at Georgia State University, the University of Pittsburgh, and Princeton University. 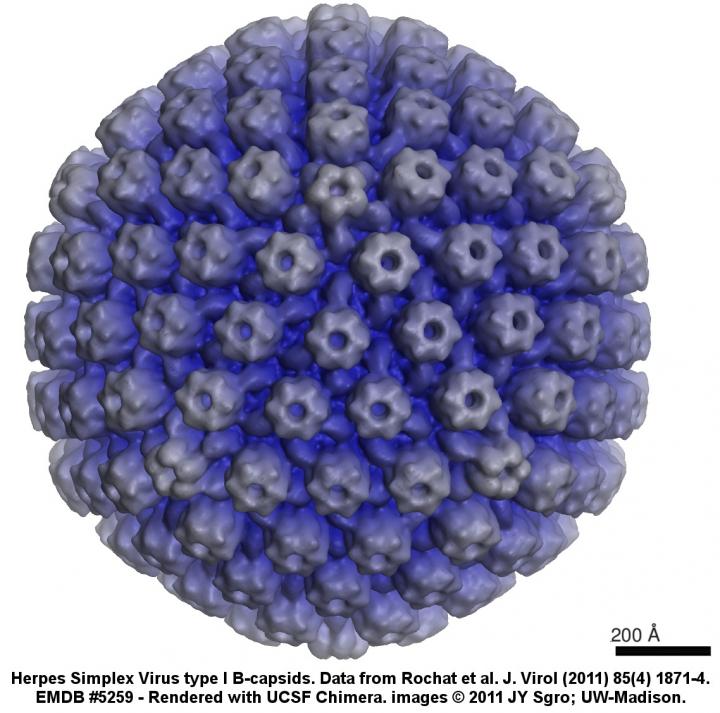 Earlier research by the same team has demonstrated that the geographical origin of HSV-1 can be predicted, as well. Since Asian, African, and European/North American varieties of the virus exist, and the virus is often acquired early in life, the research implies that a personal strain of HSV-1 can reflect a person’s origin. Another implication is that two individuals who have identical strains of HSV-1 are more likely to be related than those who have different strains.

“Using similar genetic fingerprinting of HSV-1 could help flesh out a person’s life story, adding an extra layer of genetic information not provided by our genomes alone. Forensic virology could be on the way in the same way in which we use genetic fingerprinting of our human DNA to locate perpetrators at the scene of a crime and to help trace the relatives of unidentified bodies,” Gatherer said.

“We’re working on better ways to sequence viral genomes from ever-smaller amounts of starting material, to allow identification and comparison of samples from diverse sources,” said Szpara, who also is affiliated with Penn State’s Huck Institutes of the Life Sciences. “Deep sequencing of viruses like HSV-1 will provide a better view of the viral genetic diversity that individuals harbor, and will provide valuable information about how that influences the course of disease.”