The Violent Sleep of Reason (Meshuggah)

Strangest because they’ve changed the movement of their sound from going outward to going inward. Their most organic record to date, The Violent Sleep of Reason reverses the trend of decades. Where previous records contained rapid computer-based beats and angular abstract guitar work, this latest release champions relentless organic industrial-esque grooves. If we can comprehend that records like Koloss and Obzen had complex mechanical machines describing organic processes, 2016 sees Meshuggah putting an emphasis on unfiltered hardcore style thrash. Moreover, the album was recorded with valve heads in an almost live setting. While common for many acts, for Meshuggah this is revolutionary.

The Violent Sleep of Reason sees Meshuggah turning away from the cliches of tech-metal and embracing the underground ferocity that marked their earlier albums, whilst including all the musical screwiness learnt on the way.

From recent interviews with Thomas Haake you can imagine that Meshuggah aren’t swayed by the broad flattery when it comes to their own music and despite their last effort, Koloss, being their most successful album commercially, perhaps they’ve recognised that it didn’t hit the mark. Lacking the verve of Obzen and the mastery of Nothing, it’s a good record, but not one that goes anywhere uncharted by previous records. The most refreshing thing about Violent Sleep of Reason is that its human energy makes it the most adrenalised record since Destroy Erase Improve (whilst admitting that Nothing is cerebral masterpiece). It is a genuinely new Meshuggah record that still has us craning to hear ‘how they did that’, if not with as much pyrotechnics as previous releases. In that respect it’s a record for fans of Meshuggah rather than neophyte guitarists looking for new hallowed vistas from which to shred. 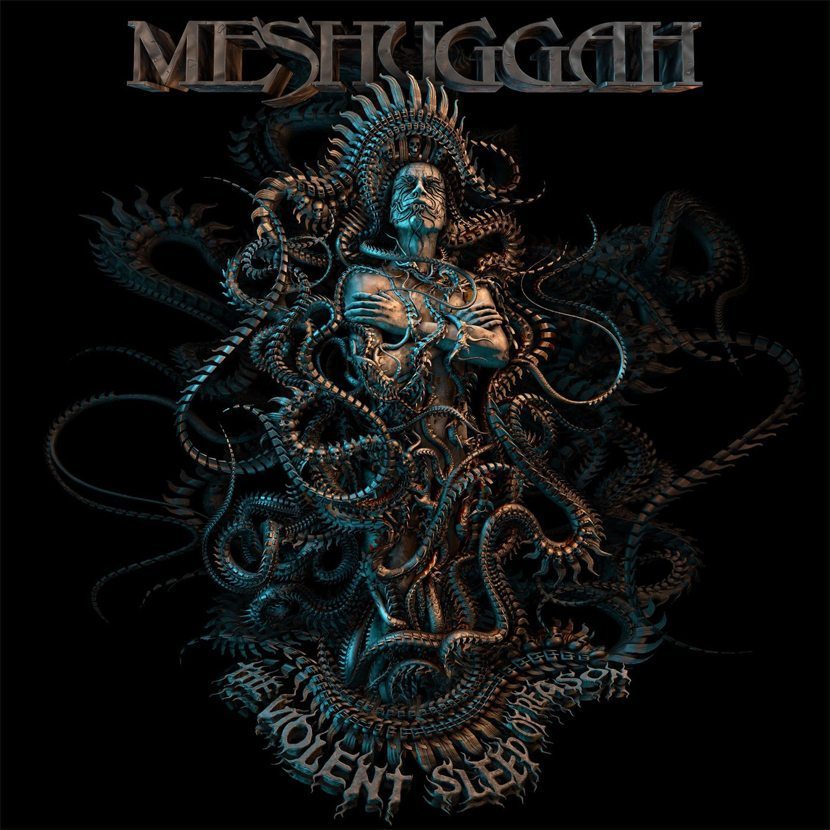 Noticably absent from Violent Sleep of Reason is the stop/start dynamics we’ve come to expect. Songs flow from start to finish with a 4/4 elliptical groove. Within an overall faster-paced record, Thordendal’s solos sit within a rhythmic frame rather than standing out on their own. A noticable change in the mix is that vocalist Kidman is more prominent and his delivery has become more present, bordering on impassioned.

Changes aside, the signature elements of Meshuggah are still here: lower register string skipping fills; chugging breakdowns; rapid solo breaks, and of course polyrhythms aplenty. Critically, we can hear on Violent (unlike on previous albums where each record feels like the band pushing beyond themselves to record the most intellectual music only just within their grasp) a band playing well within their means but going deeper into their craft.

In some ways this is Meshuggah’s disco record. A Saturday night fever where booty shaking grooves prevail, partners are taken by the hand and dancefloors fill with the weekend lust of a party audience. As always, Meshuggah give us an exciting ride by a band still in love with music, the difference is that this time it’s more a body experience than intellectual one. The Violent Sleep of Reason is more evidence (as if it were necessary) that we’re lucky to have music and musicians of this quality in our lives.

Next Story:
Glowing Fish Lead to A New Form of Light