Valley Girls : Is This a Question?

Uptalk is a part of southern California English that transcends gender boundaries, and several other boundaries as well 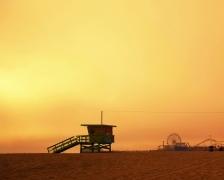 So Southern Californian ‘Valley Girls’ tend to end statements with the same intonation as a question.

The American English speech variant known as uptalk, or “Valley Girl speak” – marked by a rise in pitch at the ends of sentences – is typically associated with young southern Californian females. New research shows uptalk is expanding to other demographic groups, including males.

The new study is also the first to identify distinct melodic vocal patterns distinguishing an uptalk question from a statement – a fuzzy area for non-uptalkers that leads to stereotypic parody of uptalkers as insecure, shallow or non-intellectual.

“We believe that uptalk is becoming more prevalent and systematic in its use for the younger generations in Southern California,” says researcher Amanda Ritchart, a linguist at the University of California, San Diego (UCSD) in La Jolla. Ritchart will describe her team’s work at the fall meeting of the Acoustical Society of America (ASA), held Dec. 2-6, 2013, in San Francisco, Calif.

To investigate the use of uptalk, the researchers recorded the voices of about two dozen native southern Californians (about half male and half female) during several speech tasks, such as giving directions in a map navigation task or recounting what happened after watching a clip from a popular sitcom. The results showed that uptalk is a part of southern California English that transcends gender boundaries, and several other boundaries as well.

“Our sample only included undergraduate students ages 18-22, so we cannot say anything definitive about older southern Californians,” Ritchart said. “But we found use of uptalk in all of our speakers, despite their diverse backgrounds in socioeconomic status, ethnicity, bilingualism and gender.”

A major confusion for outsiders is whether it is possible to distinguish between “uptalked” statements and normal questions, but Ritchart’s work identified a systematic pitch difference between the two: when the rise was used for a simple statement, it began significantly later in the utterance than when the rise was used for asking a question. However, said co-author and professor Amalia Arvaniti, this difference is so subtle that non-uptalkers typically miss it and assume a question is being asked when a statement is being given.

“Our study busts the stereotype associated with uptalk that those who speak uptalk actually ask questions instead of make statements, a tendency that is supposed to be linked to insecurity,” Arvaniti said. “But native southern California speakers know the difference based on the exact location of the rise start, and the extent to which pitch changes in the rise.”

California speakers may sound tentative or even ditzy

A goal of the research, the authors said, is to fully understand this dialect development and what it means for global communication – or miscommunication. “Imagine a teacher from the American Midwest moving to California and hearing students give a presentation using uptalk,” Arvaniti said. “To the Midwesterner, the southern California speakers may sound tentative or even ditzy.” Conversely, the lack of uptalk from their teacher may seem unfriendly to the students, thus impairing relationships and communication, she said.

The researchers say that as its use expands, greater awareness of the subtleties of uptalk will likely be an important part of achieving clearer global communication in many professions.

2 Replies to “Valley Girls : Is This a Question?”