[dropcap style=”font-size:100px; color:#992211;”]T[/dropcap]his release is a coup for Franck Vigroux’s young Cosmo Rhythmatic label, documenting his three-year collaboration with Mika Vainio, who for more than two decades has been one of Europe’s most important and prolific electronic producers.

Those familiar with his work as part of Pan Sonic, under his own name and in his Ø guise will find much that’s familiar here, but also new combinations and juxtapositions that have emerged through working with Vigroux.

This extra element is already apparent on the opening ‘Deux’. Even if Vainio’s touch is evident in the muffled beats and threatening scraping, the subtle snatches of music in the background make the presence of another apparent. The track lurches into a sudden ominous crescendo that spills over into ‘Mémoire’. Here too, there are brutal, crunching Pan Sonic beats but with a different ambience around them. It’s punctured by a dead stop and an assertive return of the beats and the overall impression is of the laying down of a gauntlet: a threat/promise that what follows won’t pull its punches.

‘Souffles’ features Vigroux’s distinctive vocoded vocals as heard on his recent Radioland collaboration, as well a compellingly desolate Radiophonic interlude. This leads us to ‘Mutant’ – the cold, dark heart of the album.

It has the same ominous, filmic power of recent Kangding Ray releases and it’s interesting to imagine what a video realisation might look like. With its anthemic elements at odds with cold, synthetic breaths and insistent, scratching textures it’s a persuasive demonstration of the potential of this collaboration.

At other moments there’s a sense of awkwardness that productively disrupts Vainio’s linear tendencies without collapsing into hackneyed improv gestures. This is audible in the faltering but ominous and unusual drums of ‘Ravages’, a track that’s much more coherent than the sum of its awkward parts. 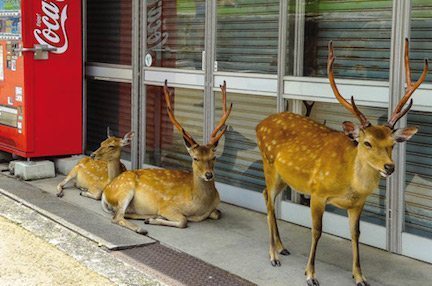 It works as a dynamic study of subtle change and disruption over and through time.

In contrast, ‘Parabole’ opens with soft, melancholic drones and muffled beats, but becomes increasingly raw and violent. Here Vigroux seems to be de-sterlising and corroding any more sublime elements that might emerge, insisting on the primacy of noise. In its final phase the album becomes sparser again. ‘Le souterrain’ leads the listener on a suitably dark and winding path marked by desolate bleeps in the void. It’s the longest and sparsest track and also the most surprising: after the halfway mark plucked strings emerge, confronting the analogue textures with an untimely organic presence.

This is followed by a more emphatic statement – ‘Le crâne tambour’ offers a more uptempo ending that is neither exactly Vainio nor Vigroux. Following the near static moments that preceded it, its beats sound a little rushed, competing as they are with drones and other uneasy noises but it also somehow suggests that there may be a sequel, that the duo may continue to work away and in a few more years present a second installment.

Previous Story:
Edging It, Or Not. The One Small Step that Stops Teens Taking Risks