[dropcap style=”font-size:100px; color:#992211;”]A[/dropcap]re you genuinely unlucky or just a malingering waster who just blames everything on someone else?

A new study from the interdisciplinary Interacting Minds Centre at Aarhus University examines the difference between American and Danish attitudes to welfare services. Even though the two countries are traditionally portrayed as being miles apart in this respect, the study concludes that the difference between the ways the two societies are organised is not due to fundamental differences in attitude about when the state should provide financial assistance for citizens.[quote] Danes were slightly more inclined

than the Americans to sympathise with

the person on welfare whose background

“The study challenges the conventional wisdom that we Danes are more inclined to play the Good Samaritan than the Americans are. In fact our study shows that the attitudes of Danes and Americans with regard to welfare services are very similar,” explains Michael Bang Petersen, a professor at the Department of Political Science and Government at Aarhus University. He and his colleague Lene Aarøe, who is an assistant professor at the same department, are responsible for the study. They are both affiliated with the Interacting Minds Centre.

They have studied the attitudes of Danes and Americans with regard to three specific cases describing people living off welfare benefits. A questionnaire presented respondents with three different types of welfare client:

1) One person whose situation or background they knew nothing about.

2) One person who had always had a regular job but was now the victim of a work-related injury. He is trying hard to find a new job, and is highly motivated to get back onto the labour market.

3) And one person who is obviously lazy and refuses to lift a finger to look for a job.

The study covered a representative cross-section of Danes and Americans (1,000 individuals from each country).

The respondents were asked to agree or disagree with the idea that these three individuals should face tougher demands before being granted welfare benefits.

The Danes were slightly more inclined than the Americans to sympathise with the person on welfare whose background they knew nothing about. But with regard to cases 2 and 3, the Americans and Danes were in complete agreement. They were both happy to help unlucky people – but not lazy ones! So what does this tell us about Danes and Americans?

“The idea that Danes are in favour of welfare and Americans are against it is not based on fundamental differences in values. It’s all about Danes tending to regard people on welfare as unlucky, while Americans tend to regard them as lazy,” explains Lene Aarøe.

In other words, a deeply embedded sense of solidarity is not what drives our support for the welfare state. According to the researchers, the explanation is more to do with biology and psychology. 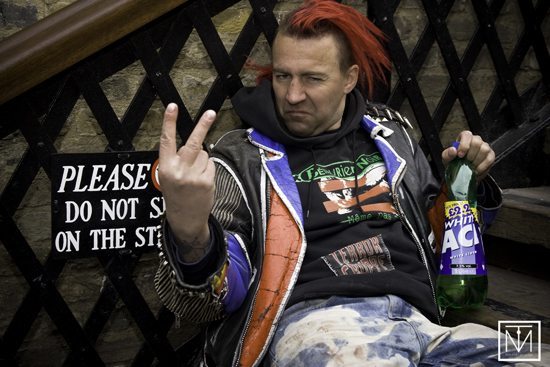 “Even right back in the Stone Age we were forced to decide whether it was worth our while to share things with other people. The reason for sharing is that we expect to get something back if we ever need help ourselves. In other words, our willingness to help other people rests on an expectation of reciprocal help. If we don’t think we’re going to get anything back, we’re less willing to help – or not willing to help at all. That’s the way our brains work,” says Michael Bang Petersen.

The same mechanism applies when we consider people on welfare:

“When we assess people on welfare, we use certain psychological mechanisms to spot anyone who might be cheating. We ask ourselves whether they are motivated to give something back to me and society. And these mechanisms are more powerful than cultural differences,” he says.

This is why Danes and Americans alike can change their opinions very rapidly when they are given some insight into the situation facing people on welfare.

The study can also shed light on why stereotypical cases like the Danish welfare clients known as “Lazy Robert” and “Poverty-stricken Carina” play a role in the political debate. The politicians use such cases as illustrative tools to support their own political agendas, depending on how they refer to the individuals involved. The study confirms that the strategy of these politicians works.

“Politicians can use the study to learn that the way they label people on welfare – by calling them ‘lazy’ or ‘unlucky’, for instance – can easily have a big impact on people’s attitudes to people on welfare,” says Lene Aarøe.

Source: Aarhus University
Photo: Carl Byron Batson. Not to be reproduced without prior permission from the photographer.