It is modern folklore, providing an insight into the human condition and a soundtrack to match. Stylus stories listening club.

[dropcap style=”font-size:100px; color:#992211;”]I[/dropcap]’ve never really been good with photographs; to me cameras are untrustworthy witnesses to the past.

The number of photos that capture a moment perfectly is dwarfed by the amount that render you as some pitiful grotesque crawling out of a Hall of Mirrors. This is why I rarely take photographs. Fortunately for me I have a ‘phonographic memory’; every time I play a record my mind instantly recalls where I was when I first heard it, who I was with, what we were doing and perhaps most evocatively, how I felt at the time. 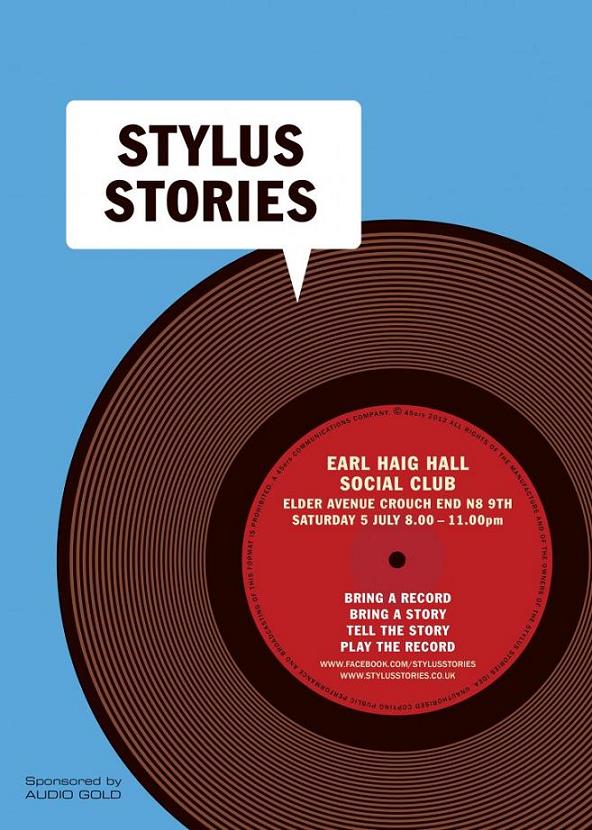 For many years I thought I was the only person who felt like this, but it appears I am not alone.

Stylus Stories is a high-concept get-together for music lovers who have a penchant for the plastic. The idea is simple, dig out your favourite vinyl mnemonics and share the stories associated with them. As the poster states – ‘we have the stylus; you bring the story’. The evening itself is run like an eccentric game show hosted by a quartet of sharp-suited music lovers: Victor Vinyl, Dansette Dave, Tommy Turntable and Stylus Steve. These DJs in DJs keep things on track with a mixture of gentle encouragement, good humour and (if required) the dreaded klaxon of quiet.

For such a seemingly niche idea my first evening with Stylus Stories was a surprisingly inclusive affair with speakers spanning six decades of popular music. It’s hard to say what was more surprising: the youthful enthusiasm of the younger vinyl lovers or the cultural wisdom of the septuagenarian skiffle fan who reminded all present that rebellion is nothing new.

What quickly became apparent is that the vinyl record has a unique hold over the collector – it shares your space, you end up hauling around when you move house – it becomes part of the furniture. This tactile association endears and as the “It’s a beautiful day” fan explained in her story; you can’t roll a joint on an MP3.[quote] it is modern folklore,

providing an insight into

the human condition and

Many of the stories spoke of time. Time spent, times passed and times that would never come again. This is nostalgia on a grand scale, but the intimacy provided by the untrained speakers, acts as a counterbalance to the sort of rose tinted platitudes that characterise those interminable list shows on TV. Of course you must be aware that public speaking isn’t for everyone and these are not professional entertainers – naturally enough the quality varies but anthropological curiousity ensures an empathetic crowd.

Once you have told your tale you are invited to sit in a luxurious armchair and listen to the track. In truth the sitting down bit is tricky – perhaps the one part of the formula that needs work – five minutes listening to a song while a roomful of strangers stare at you is, to say the least, disconcerting.

Ultimately Stylus Stories is worth a little embarrassment, it is modern folklore, providing an insight into the human condition and a soundtrack to match. Ask yourself what would you play and what’s your story? 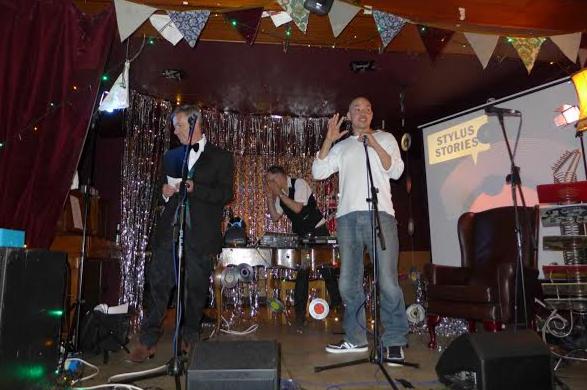 Hear Eamon’s  story about being touched by David Bowie

Next Story:
Cheer Up, or Just Shut Up?