UKdrug policy : Government decision to promote abstinence for drug users ‘is about saving money not science’ 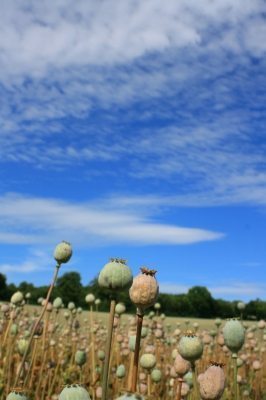 [dropcap style=”font-size:100px; color:#992211;”]G[/dropcap]overnment decision to promote abstinence for drug users ‘is about saving money not science’

A senior doctor at the BMJ has had some strong things to say about UK drug policy.

for drug users is

The UK government’s decision to promote abstinence for drug users “is about saving money not science” argues a senior doctor on bmj.com today.

Basically, this means that patients receiving opioid substitution therapy for treatment of heroin addiction are encouraged to reduce and stop all addictive drugs, including prescribed drug substitutes like methadone.

“Substance misuse teams in England now have an ‘aspiration’ (a target) to discharge (and detoxify) half of the 170,000 people probably receiving opioid substitution treatment,” he says. But he points out that almost all the evidence base shows that abstinence is far less effective than maintenance therapy.

For example, a recent report from British Columbia showed that only one in 40 methadone treatment episodes achieved a successful recovery (abstinence from prescribed methadone with no re-entry to treatment within 18 months).

By contrast, about half of patients who are maintained on methadone can almost completely abstain from heroin.

To be brutally frank, says Luty, “any suggestion that detoxification is as effective as maintenance is poppycock.”

He suggests that the government’s recovery agenda is not only about recovery from substance misuse, but is also about recovery from the economic global recession and the need to cut public spending. “Regardless of the evidence base, the UK government cannot, or will not, continue to fund treatment for 170,000 opioid users on indefinite prescriptions,” he writes.

He points to “needless bureaucracy” and says governments should focus on three or four targets “to ensure that treatment services function effectively.”

“It has been proved beyond all reasonable doubt that opioid substitution reduces drug use and crime and improves physical and mental health and social functioning,” he concludes. “We should abolish this time wasting control freakery and needless bureaucracy.”

In a second article published on bmj.com today, brothers Arash and Kamiar Alaei – internationally celebrated doctors who advanced treatment for drug users in Iran, but were imprisoned, to the vociferous protest of the international medical community – set out their experiences and hopes for harm reduction.

They describe how Iran’s law enforcement was to “harshly deter drug use through imprisonment” but that this approach “was both callous and ineffective.”

They saw increased rates of drug addiction, HIV and drug related deaths and witnessed drug users “further marginalised, heightening barriers to their access to care, and diminishing their hopes for meaningful engagement in society.”

Their approach was to offer “no-cost medical services in a safe environment where drug users would not face punishment for their habits.” This led to a marked decrease in drug use, the spread of disease, crime, drug-dealing, in-patient medical visits, and addicts sentenced to prison.

They believe that drug users need more choices at addiction treatment facilities. “To reach more people and to achieve the desired results we must have a more comprehensive programme, offering a wide range of options for treatment, harm reduction, and recovery,” they conclude.

Previous Story:
The Most Interesting Man In The World: George W. Bush