The Most Interesting Man In The World: George W. Bush

The overall trait of the dog is loyalty, an instinct of which George W. Bush seemed to possess none. So why is he painting them? 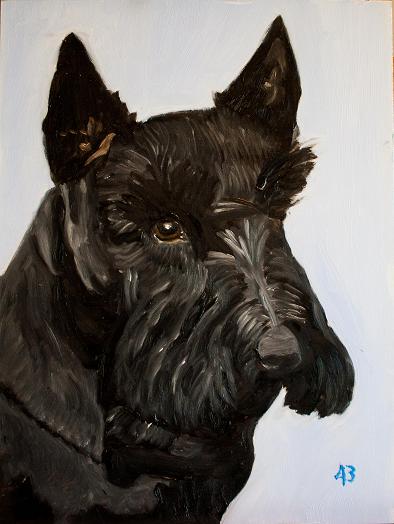 It was a cold but hopeful Tuesday morning, I remember, that George W. Bush left the mighty throne. From backlots in Newark to the grand squares of Prague, a collective cheer shook the core of the earth, sending groundhogs back to their holes and old elephants off to the graveyards.

For any gambling Andromedan watching from deep space our self-destruction was probably the first sure thing to ever put him all in. Even the optimists started hiding money under their mattresses and stocking up on all non-perishables. It took Hitler six years to start invading countries. George W. had two under his belt in twenty-four months.

But, the unthinkable happened. Most of us survived. So, on that fateful Tuesday the sabre switched hands; Jay-Z bowed; the campus Democrats shook hands; Donald Trump chewed his fingers to bloody sticks – order was restored to the land.

Aside from ten or so conspiring Neo-Cons holed up in a Wyoming bunker under Dick Cheney’s cow farm, there was one other face on which hung no smile: mine. I knew it would never be fun again.

Those were the simple days.

The sides were clear. Everything black and white.

Then the world got really boring. The issues stayed the same but the rhetoric changed.

Our new President has the brains, but none of the style. At least not the kind that a place whose national past-time is barely older than professional wrestling wants around. The most exciting part of Obama’s re-election has been his wife’s’ new haircut.

a position to secure

I always missed George Bush, but I was beginning to crave him. While the world wrote him off as an imbecile, I knew George was preparing to get the last laugh. He left office with the lowest approval rating ever. That alone is an accomplishment. Almost as difficult a position to secure as first place. There have been a lot of bad Presidents, being the best of the bad shows real determination.

But Bush isn’t dumb, leaders have been strung up by their ankles for far less. So he disappeared. Waited out the rough waters. 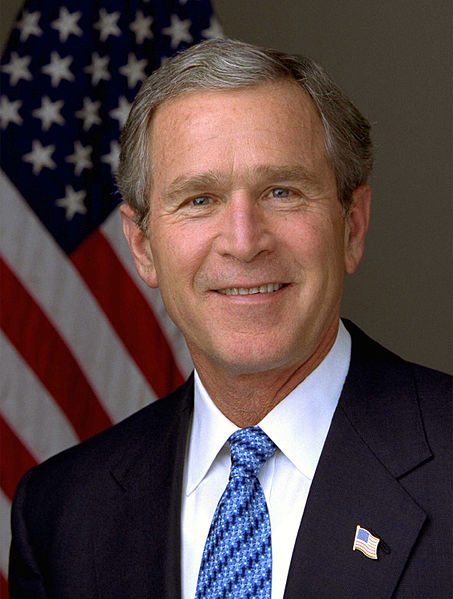 And just at the moment  his name stopped stinging the tongue so much, he returned … as a student of the canvas. A modern master of American realism.

Three months ago George Bush joined a growing list of celebrities to have his personal life hacked and dumped on to the internet. But unlike with Paris Hilton and Scarlett Johansson, we were spared a sexting scandal, and what we got was far more bizarre.

Aside from e-mails and phone numbers, photos stolen from Bush’s cellphone revealed that the ex-president is not a one trick pony. He has been hard at work, capturing a tender world and telling some sort of story through his art. On a deeper cosmic level this might be the legacy the western world will remember.

His first paintings to drop on the internet showed us George’s own perspective. Not what his cabinet told him. Not what the news told us. Literally, it was just George naked, painting himself the way he saw himself. Naked in a bathtub. Naked in the shower.

This could be written off as a typical case of narcissism, but upon closer inspection it seems that George is just as confused with himself as we are.

There is only one instance when his

face is visible- his reflection in his shower mirror. The expression on his face is ape-like and confused. He is also not looking at himself, but studying something that is out of view. Does George feel isolated? Misunderstood? At his most vulnerable he can’t even face himself. Is he thinking about his administration? Katrina? A hamburger? His simple self-portrait raises more questions than any acting decision he made as President.

More paintings started showing up online. Paintings of dogs. George Bush is fascinated with dogs. A graduation of the fascination he had while President with clearing brush from his Texas farm. His subject matter seems at odds with what we knew of him as President. The overall trait of the dog is loyalty, an instinct of which George seemed to possess none.

Is this self-actualization? Growth?

His subject matter has begun to expand. He is still painting dogs but has since branched out to seashells, a cat, fruit, and landscapes. They are all portraits, but typically the background is one dull color. Ominous looking in its place behind vibrant creatures and objects. It looks like desolation. Like judgement.

In the newest release of paintings there is one to take special note of. What appears to be a discolored Airedale Terrier stands behind the locked gates surrounding the White House. The dog does not have its head through the iron poles looking in. Instead, it’s head is hung down at an angle, telling of submission, or defeat. Its eyes are cloudy. No hope. Why has this dog been locked out? Why is its head turned away from the dream?

To date, the 43rd President has not commented on his art. Could this be further evidence of his self-doubt or the unsure nature we feel from some of his paintings? Or has George Bush taken notes from “outside” or “underground” artists like Banksy? Letting hype and mystery surround his art to boost publicity?

The critics have been weighing in on both sides. Some say we would be paying no attention if George hadn’t been President. Others note that George’s re-imagining of himself and our world prove that he is a visionary artist. Art historians will have to decide if these paintings constitute “good” art. What is certain, though, is that when it comes to George W. Bush it is never boring. In the public eye his Presidency terrified us in Act I. He is warming our hearts again in Act II.

With no crystal ball to stare into I can only make a guess, but if history is one big cycle, I’m sure Act III won’t disappoint.

Editor’s note:
A quick web search will result in multiple archives of the images referred to in this article. Given the nature of how the images came to public light, Trebuchet prefers to limit reproduction to the single painting featured – endorsed for public use by the Bush family.
Official photographic portrait of George W. Bush by Eric Draper