Trumped, But Not Out. Identity Politics in America, and the new Other

An essay on how demographics have changed America, and how this affects the politics of identity.

Its people arrived from everywhere, looking for a chance and finding it. This hardscrabble tale is eulogised from coast to coast, and around the globe. Idealists speak of universal values, of humanity, imagining themselves leading the world toward the unfolding future. Star Trek showing the way, Star Wars revealing the soul. We are everyone, says Hollywood, and all are welcome to share our dreams.

Then into this glittering metaphorical china shop trots Donald Trump. All hell breaks loose. He doesn’t ‘represent our values’, he is ‘a disgrace’, ‘un-American’, ‘shameful and dangerous’, he is ‘not who we are.’ Obama, the world’s first President, looking on and downwards, demands  —  once more  —  that America face up to itself, t 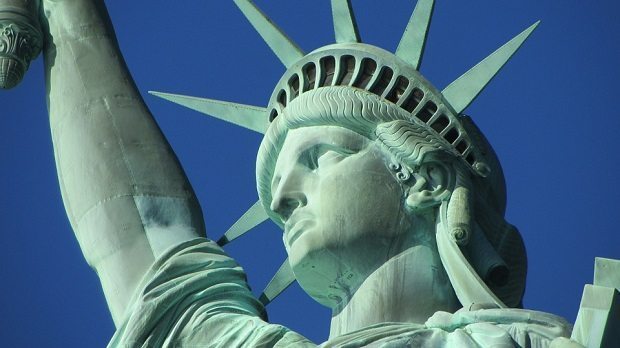 o its past and its imperfections. Trump swipes back, ‘and yours?’

America has always been a contest of myths; the optimistic pluralist future against the romanticised pioneer past. Somewhere between Thanksgiving and Winterval these two imagined communities part ways, each increasingly disturbed by the other’s dystopian dreams. One believes that America is a special case and always has been, that it owes gratitude to the past and thus obliges protection from the hostile world outside; the other believes that America is imperfect and will be until it has overcome its own past and immersed itself in the welcoming embrace of a more just world.

Between America and the World lies a hidden canyon, and many Americans are bemused to find themselves on the wrong side of it. They do not understand that by denigrating George W. Bush and seeing America as the world’s biggest problem that they will eventually be resented by most Americans. They fail to see that if there are going to be sides, it might be wise to know whose you’re really on. When the shooting starts, it’s best not to be in the habit of blaming yourself or your compatriots.

Yes, Trump channels anger. Yes Trump conducts fear. But he , unlike some of his critics,  is not ashamed to be American. Setbacks in Iowa (this essay was originally written prior to the state’s caucus) alter that not a whit. And although he might not really believe that America is going to ‘win’ in the end, in his favour, he actually wants it to.

In 2003 Samuel Huntington  (he  of Clash of Civilisations fame) published a book called Who are We? The Challenges to American’s National Identity. Troubled by a prevailing laziness of discourse he identified something which shouldn’t really be that surprising: America, ethnically at least, isn’t actually quite as diverse as people think. As late as the 1960s 60% of Americans traced their heritage to the United Kingdom. In the years since, the rise of identity politics  (unearth for yourself a German great-grandfather ) and an important shift in immigration patterns has significantly reduced this number. Nevertheless, the people remain the people, and with eight of the ten most common surnames originating in the United Kingdom, the clear emphasis on immigration  (as opposed to just plain old reproduction ) as the dominant driver of US population growth looks less secure. 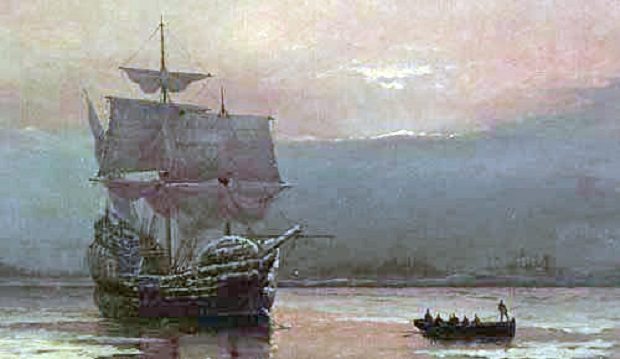 Yet the myth is different. This is a nation of immigrants. German-Americans the largest proportion of those. White America is giving way to a bright rainbow nation which looks more like the world it claims to lead. Even now America is more than 60% ‘non-Hispanic white’. This is a figure projected to decline, but is surely not something about which Americans are likely to be entirely indifferent. Indifference my exist in the moral universe, where all people are equal, but not in the real world. Not, at least, in the world of actual political institutions, legal traditions and ideas about where these came from. America is not a lucky accident.

This needn’t be hugely important. Most people who left Britain and Europe did so in search of something better and their loyalties shifted from crown and country to constitution, flag and forefathers long ago. The pattern was adopted by the many generations of immigrants who followed independence. It’s significant that Huntington focused his attentions on the political culture and institutions of the United States much more than its underlying ethnicity.

But whilst Huntington’s research was dismissed as ‘mere nativism’, it inadvertently revealed what was hiding beneath all the inclusivity wordplay. A determined, if subconscious, moral hierarchy attaching to different identities in America was being asserted. White, protestant America lay at the bottom. Its habits were mocked, its attachments ridiculed, its aspirations rebutted with contempt. This group is the ‘patriarchy’ the ‘old America’, the elderly men beset by racism and prejudice. They, now, are the new ‘other’ and are beginning to feel like it too.

The problem is, they still vote.