Adrian Thaws, Tricky’s new album, is accessible, and at points even memorable. 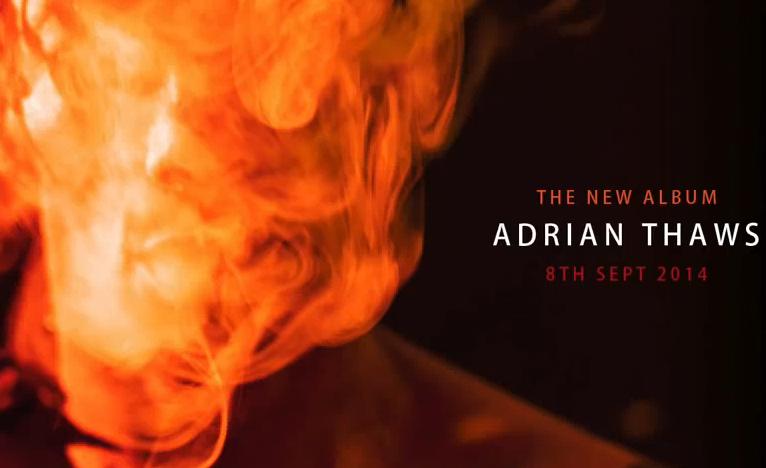 It started with a tape my brother gave me that had Massive Attack’s “Blue Lines” on one side, and Portishead’s “Dummy” on the other.   It was Tricky’s rapping that really struck me, though.  Roots Manuva had a similar effect on me a few years later – this sounded like someone different, a very British type of hip hop, and I wanted more of it.

Then came Maxinquaye, and I was blown away.  I became a fully paid up fanboy, in the front row of the gig and sneering at the arrivistes in the crowd that only danced when he played “Black Steel”. But, like so many teenage love affairs, it faded away.  By the time ten years had passed, Tricky was no longer the lyrical genius with the weed-soaked delivery, but a

There has been something of a rehabilitation over recent years.  He seemed to come to terms with the impact of fame, which he was so vocal about hating in the aftermath of Maxinquaye, maybe because he was no longer that famous.  He even started to make good music again – this is his 11th album – but increasingly, he fades into the background of his records rather than taking them by the scruff of the neck.

And so I find myself reunited with my teenage sweetheart, after a few years when I haven’t really thought about him all that much.  And whilst its not a mindblowing experience, its at least not the wince-making exhibition of out-datedness that I expected it to be.  Adrian Thaws, Tricky’s new album, is accessible, and at points even memorable.  The opening track “Sun Down” channels something of the spirit of “Suffocated Love”, and has a vocalist in Tirzah that sounds remarkably like someone doing a Martina Topley-Bird impression.

That is a feature here – Tricky stopped recording with Martina in 1998, but she has continued to haunt his music, and her absent presence is prominent here.  Nneka is on Martina duty in “Keep Me in Your Shake”, whilst the songs led by Francesca Belmonte actually feel like they could be taken from a Topley-Bird album.

It’s not necessarily a huge problem, but given the lack of vocals by the man himself – he only really takes meaningful part on 3 tracks – it does lead to the feeling that this is more of a collection than an album.  Bella Gotti leads the more danceable tracks with some spiky rapping, Belmonte provides the dreamier, woozier edge, and mostly Tricky just breathes and mumbles along in the background.

To be fair, when it comes to atmospheric mumbling, there are few better.  His voice still has a beautifully ruined and croaking quality that I can’t resist.  But I would like a lot more from him than he gives here.  There’s a glimpse of what made him great when he steps to the front on tracks like “My Palestine Girl” or “Sun Down”, and it leaves me wanting more.
Perhaps that’s deliberate, and there are enough other highlights to keep the whole thing moving along nicely.

“Silly Games” is a gently pleasing track, “Gangster Chronicles” bounces along entertainingly, and “Nicotine Love” is an obvious single that combines retro synths with a characteristically deconstructed chorus.
But overall, this is a good listen, and nothing more.

Perhaps I am being unfair.  Perhaps its simply an effect of nostalgia, of wanting Tricky to have the same effect on me as he did when I was 15.  That, of course, is impossible, but there’s also another problem here.  The title of the album – his real name – suggests the possibility of something more personal, more, well, Tricky.  And it doesn’t deliver.  He says that he gave it that title to show that “you don’t really know me” and that he’s gone to “a different place”.

Fair enough.  The Tricky of old is long gone, and maybe it’s ridiculous to hold him to some old standard.  But I want to hear what he has to say, and not ventriloquised through a parade of female vocalists who are not quite Martina.
That’s the fundamental problem. There just isn’t enough of the man himself.  He produces good enough music, and this is a decent album that is worth listening to.  But rather than expecting a Tricky album, expect a collection produced by him.