I looked nostalgically at the picture of Jimmy’s face and noticed he’d even put a little smiley on there for me. Yes, Jimmy Savile touched me back in ’93

[dropcap style=”font-size:100px; color:#992211;”]W[/dropcap]ith all the press attention surrounding the Jimmy Savile allegations, I thought it was an apt moment to come out and say, Jimmy Savile once touched me a few years ago.

Now then, as it happens I was having a rummage in the loft a few nights ago when I happened across a signed photo of Sir Jim that he gave me and I’d forgotten about. I was actually looking for a letter from Charles Manson, but that’s another story. 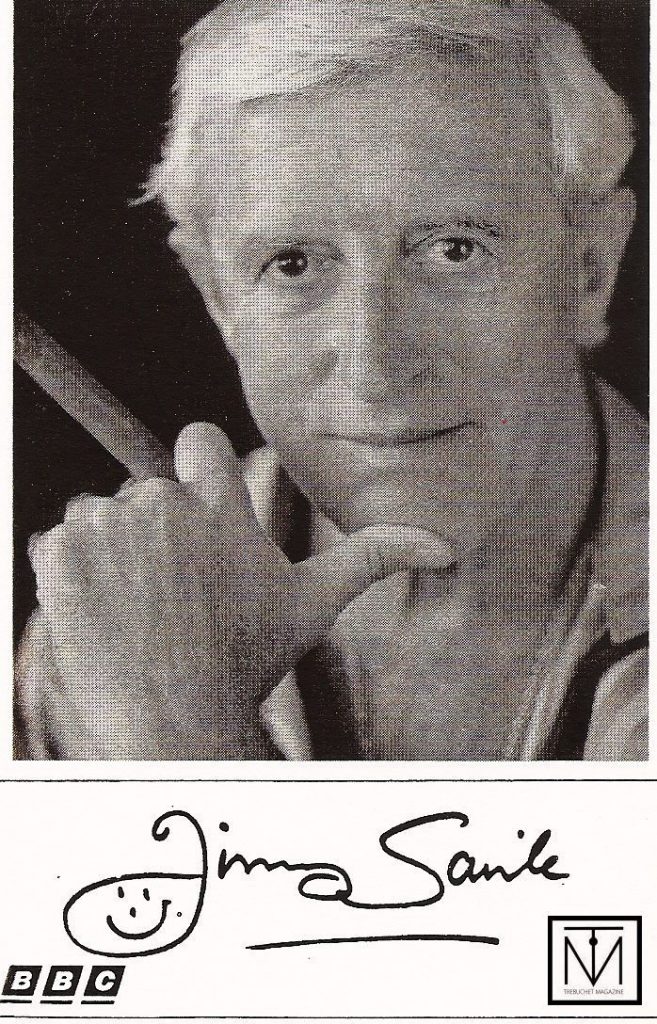 Mr Saville came across as an extremely busy man back in 1993 and indeed he was. At the time he was obviously giving much of his attention to the guys and gals at Stoke Mandeville Hospital. However, Jim did pull out of his duties to give me a few moments of his valuable time to talk about the music business and his time at Top of the Pops.

[quote]Jim did pull out[/quote]
With a jingle jangle of jewellery, Jim told me about the pop music business. In short he said “the pop music business is a fun business with lots of good fun people in it”. He said many of the people were “really super on top of all the fun”. He went on to talk about Marc Bolan whom he said “was not only all of that, but a gentleman as well”.

Ah yes, the memories came flooding back up there in the loft. I looked nostalgically at the picture of Jimmy’s face and noticed he’d even put a little smiley on there for me. Yes, Jimmy Savile touched me back in ’93, it’s true, but it seems he touched a lot of people during his lifetime.

How’s about that then?

One Reply to “Touched by Sir Jimmy”