Where many other, more famous museums may pay a nod here and there to the strange, the Viktor Wynd Museum of Curiosities is devoted to it. 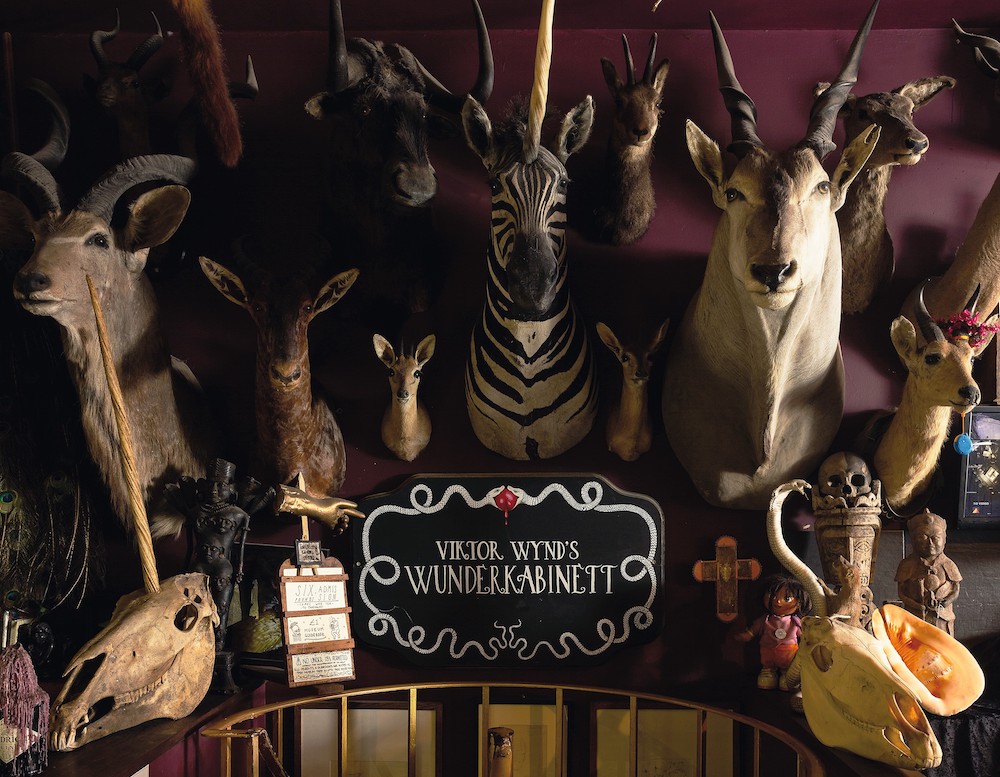 [dropcap style=”font-size:100px;color:#992211;”]S[/dropcap]ituated in Hackney, East London, the Viktor Wynd Museum of Curiosities boasts an extensive collection of the proverbially weird and wonderful.

Where many other, more famous museums may pay a nod here and there to the strange, the Viktor Wynd Museum of Curiosities is devoted to it. With an introduction to The Unnatural History Museum, a book which is equal parts rambling but still profound, curator and owner Viktor Wynd explains how he has long since dispensed with the usual brand of ‘real life’ which typically concerns modern people, explaining instead how his manifesto has long been to live and value things rather differently. This includes shunning the tendency of many museums towards classification, knowledge and whatever other social mores are currently going strong.

Of course, the book itself has to be organised in some respects — it’s difficult to imagine how it would work otherwise — but when the sections are titled things like ‘Dead People and Human Trophies’, ‘On The Joy of Penises’, and ‘The Artist as a Preserved Child’, then we can’t accuse Wynd of going back on his word. This is a very well-illustrated volume with evident care over the photographs used, though I think this would only be half as interesting without the accompanying text. Whist the book is overall text-lite, the introductions to each section are well-written, personal accounts of what each exhibit means to its collector, as well as where it may have come from. This can be thought-provoking; it’s just as often self-deprecating and funny, and as we progress through the book it edges ever closer to being part-travelogue, part-autobiography. The text also contains a range of epigraphs: anything and everything from the Bible to Decadent literature gets added, where it fits.

The impact of this altogether is to create a rather unique and quite charming commentary on parts of the world and their inhabitants, which you might not ordinarily get. At times, this involves misidentifying items, getting ripped off, or having a dreadful experience altogether; this book takes the rough with the smooth. It’s certainly one up on the British Museum’s current obsession with ‘engaging’ people by bunging in a rather trite information card where a member of the public is asked to claim some barely-formed personal interest in an object you doubt they’ve ever looked at all that hard.

The Viktor Wynd Museum of Curiosities is not the only unusual collection out there, and accordingly there’s a list of Wynd’s favourite museums at the end of this book, alongside a complete index which is itself rather amusing. All in all, during my next once-per-decade visit from the provinces to the Big Smoke, this is a place I’d now like to see, thanks to a book which is a hell of a lot of fun.

The Unnatural Museum is published by Prestel and available now

Previous Story:
Surviving Lockdown: What Do We Surround Ourselves With?