Marky Ramone – brings the iconoclasm of Ramones Punk to your town. Interview 2019 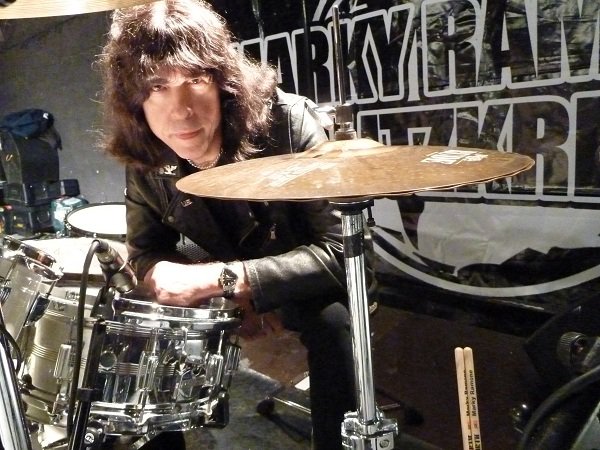 What is the essence of punk? On the one hand it’s silly to claim that punk is any one thing that can never change, or conversely that it will constantly change — how many bands revisit a form of punk limited only to its 1977 UK zenith? But if we can centre the chaotic gist of punk into a single concept, it would be fastened with the safety pin of iconoclasm. Iconoclasm (almost) to the detriment of all other attributes — music, look, politics — punk was the short sharp shock against the interminable soloing of an exhausted social milieu. When punk was good it had a recognisable posture. When it was great it had a stance, and few stood taller than the Ramones.

In the mid-70s the Ramones emerged from an entropic New York scene of outsiders, bohemians, and artists as an Americana art-pop group embodying a subverted syntax of wholesome, cartoonish values and symbols. A teenage gang with uniforms cut straight from West Side Story. Referencing 50s bubblegum pop with its sticky teenage love and flick-knife longing topped with brutish Beatle bowls, the Ramones swaggered with an amphetamine newness against the swang of the corduroy oblivion. The context might have been Americana, Love, and Rockwell perfection, but the execution was snarled with sarcasm and alienation.

America has never been kind to outsiders and in the 50s and 60s the term ‘punk’ was loaded with any number of unsavoury connotations regarding delinquent youth. This suburban fear was quite fully realised by the knowing inner city youths of Brooklyn, Queens and the Bronx of the mid 70s and was embodied by the Ramones. Did they know they were going to inspire a thousand bands, create pop-punk, and synthesise Americana and disaffection with such focus that it would become a formula for generations to come?

According to long-time drummer Marky Ramone (née Mark Bell) it was never clear that they would become icons; they never imagined that let alone planned to last. But there was a plan.

The Ramones, with a rare clarity, chose immortal styles, sounds, attitudes and even personal monikers built from classic Americana, which lives on in teenage rebellion to this day. Down an intermittent Skype line Trebuchet spoke to the ever youthful Mark Bell about remaining Marky Ramone.

“When I joined I originally kinda wanted to keep my name but they said, “Well, there’s the whole two syllables thing: Jo-ey, John-ny, Dee-Dee”. So we started thinking of all these two-syllable names, even crazy names like Rocky, which was kinda big at the time. But in the end, Mark became Marky. I hadn’t been known as Marky before but it worked well enough.

“I got the gig basically because the original drummer Tommy [Erdelyi] didn’t want to tour any more. He really didn’t want to sit in the van much. He was a very intense smoker and you know no one was going to stop for him to smoke because we had to get to the destination. Plus he had his other thing going with producing in the studio and wanted to be on the other side of the glass. I’d known the guys for a long time and it sorta came together after that.

“When it came to the first gigs I wasn’t nervous. To learn the songs I used to just sit with a drum pad and a pair of headphones, just practising. I was playing over a cassette of a live set which consisted of altogether about 40 songs, and I just played to this cassette boombox for hours a day. That’s how I learnt them enough to do the first gig.”

Tell us about playing the drums in the Ramones. I’ve heard that a lot of it is down to playing 8ths?

Yeah. What happened is that we were trying to get that Phil Spector Wall of Sound? Which is obviously a big full sound, so they wanted to fill in the space. So that’s why they preferred the eighth down stroke, in order to fill in the gaps.

You know, I’ve been debating whether to do a jazz album. With the blues album I did it was basically, you know, sixes, eights. Yeah?! And you could throw in a shuffle or something. But with jazz it’s 5/4 or 6/4. All these accent stops and stuff. So you know, it’s a challenge.

I keep listening to John Coltrane. Miles Davis. If I do this album it has to be with great people. Serious people that really know what jazz is all about. You know, I mean if you can play jazz you can play anything? Yeah. It’s like, the Ginger Baker and Mitch Mitchell [Jimi Hendrix Experience]. All the greats learnt jazz.

Yeah, it is a pleasure to have people that are able to keep up with me. I mean, I say that because I tried different people who were in heavy metal bands because I figured they’d be able to play fast and also because my first band was a heavy metal band [Dust 1971]. In the end it didn’t quite work out perhaps because the style was totally different. So it’s great that these current guys were definitely the right choices.

Your gigs are very much a communion with the foundations of punk, at least for the audience. What’s it like for you?

It’s great. Fathers bring their children to the live shows and in a few years those kids are probably going to bring their kids. So it’s like the older generation carrying it forward. I think it’s because of the energy that they continue to come to the show. Which amazes me! I know that this meat is often feeling it after a few shows but the music is too good not to be played.

I guess the body might tell you one thing but the head and the heart keeps us going. 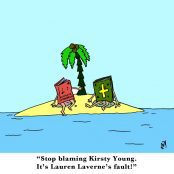 One Reply to “The Ramones Will Never Die: Marky Ramone”