Artist Philipp Humm uses Goethe’s narrative as the compass for his own retelling of the Faust legend, as he continues to create a total body of work. 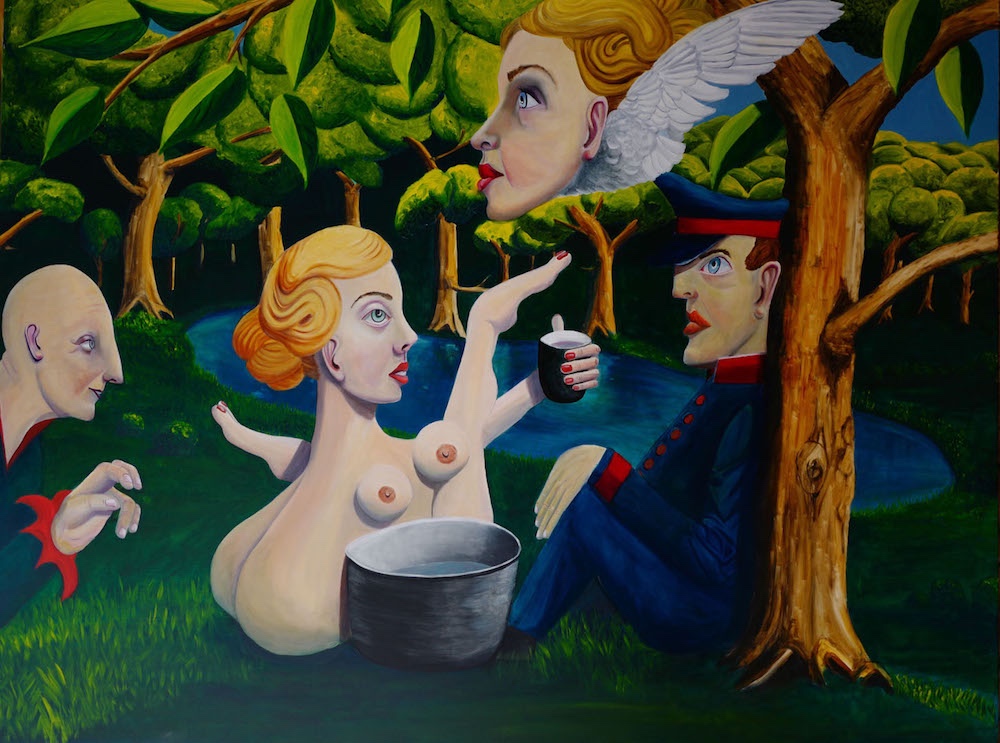 German artist and entrepreneur Philipp Humm will exhibit a series of oil paintings as part of The Last Faust Gesamtkunstwerk at START Art Fair. His figurative surreal paintings reference and reimagine scenes in The Last Faust, his feature film of last year. Fragmented and recomposed, they offer a deeper look into key moments with the artist’s eye.

The concept of Gesamtkunstwerk, a total work of art, was conceived by Richard Wagner, as he modernised the concept of opera to realise that all elements of culture connected and spoke to each other, and that the work created the drama in its telling, rather than the other way around. Humm’s film (see a Trebuchet review here) was the first step in the creation of an entire body of work of film, painting, photography and sculpture, with each ingredient an artwork in its own right, and the body of work presenting an ambitious and visionary achievement.

The legend of the German necromancer and/or astrologer who sells his soul to the devil for knowledge and power sees Faust remaining one of the most relevant and dramatic heroes in culture. Goethe’s interpretation saw Faust as noble, with his pursuit of knowledge as central to the tale. The ramifications of man’s drive for power and thirst for knowledge create extreme scenarios but with Faust’s resolution reached through redemption with God.

Humm uses Goethe’s narrative as the compass for his own retelling, drawing on theology, mythology, science and literature, while touching on classic and contemporary issues to make a powerful comment on mankind, corruption, power and progress. Interestingly, in hindsight, The Last Faust and photographs show an unwitting direct correlation to Harvey Weinstein, Jeffrey Epstein, AI, Trump, the current TikTok controversy, and more.