The Twin Exhibitions of Richard Stone and Celina Teague 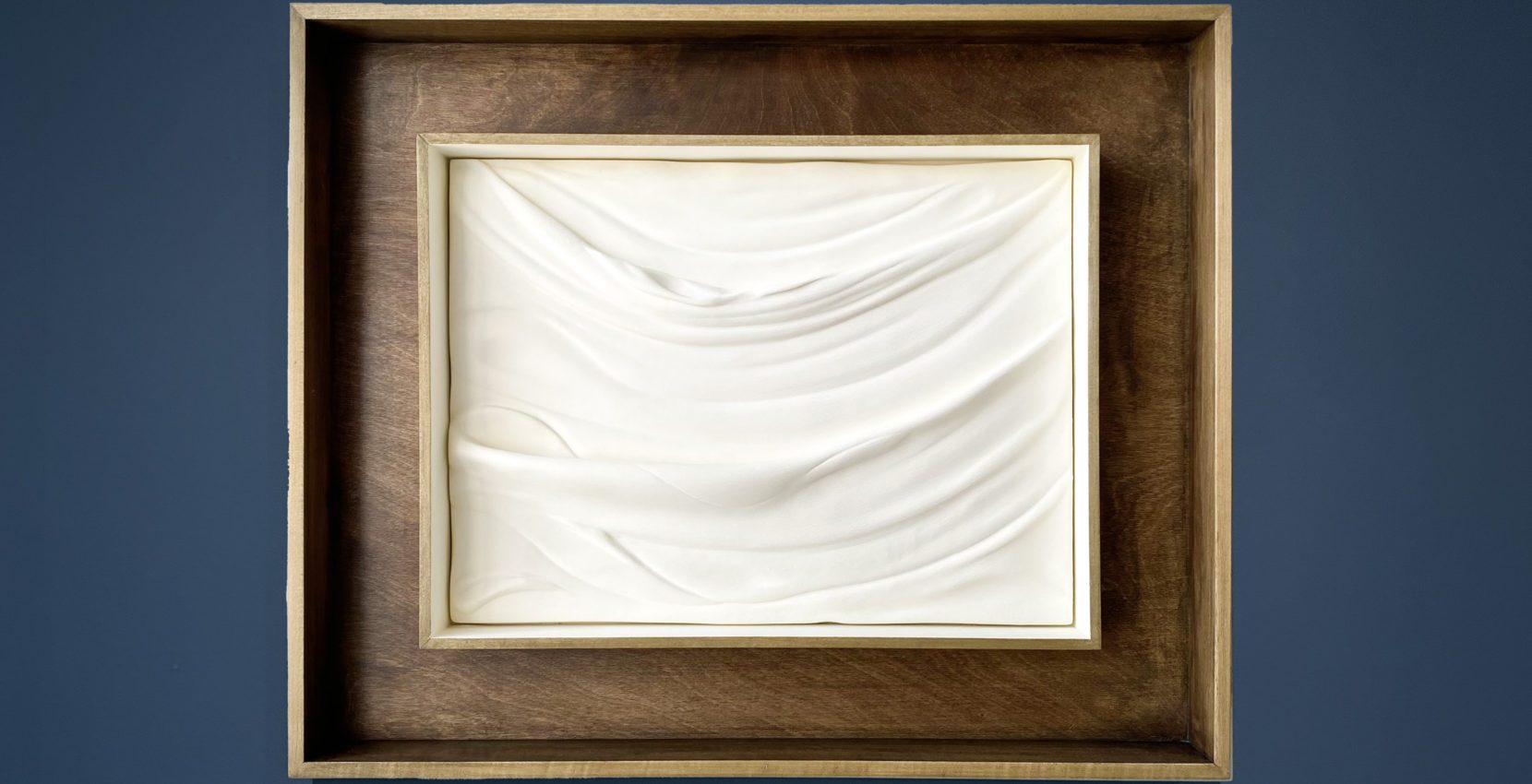 Kristin Hjellegjerde gallery is featuring two of it’s strongest artists Richard Stone and Celina Teague at it’s London Bridge art space. With a very different appeal and technique these artists don’t necessarily present us with an easy juxtaposition but then the beauty of art is how the viewer makes sense of disparate sensations and creates a narrative from what they see.

Stone’s work is based in sculpture and having been pursuing the more conceptual aspects of his craft this show promises to reveal more of his unique perspective on the paradoxes of fluid forms in stone as well as questioning the role of statuary in Western consciousness. Can classical statues take on a positive relevance outside of the baggage they carry? Do we have to first unpack the weight of meaning before we can see other possibilities?

Celina Teague’s work uses symbols to describe her relationship with a world of macro-systems and effects that we at once dislocated from a surrounded by. Her paintings while playful and lyrical reveal darker stories, environmental and historical forces that carry us along, and in whose currents we define our minor presence.

The Knight Divided – Richard Stone Fluid sculptural forms evoke the wild, tumultuous movement of the sea or else, the uncanny stillness of a dense forest, both creating veil-like surfaces which alternately obscure and reveal the figures caught between. These latest works by Richard Stone reflect on the artist’s spontaneous sculptural process in relation to the physical materiality of clay, marble and bronze to explore wider perceived dichotomies between artistic conceit and authenticity, strength and vulnerability, resistance and surrender. Through deconstructed figures and sensual, curvaceous shapes, the knight divided, the artist’s third solo exhibition with Kristin Hjellegjerde Gallery, considers art’s ability to not just challenge convention, but to also present bold, new visions for the future.

Monstrous hybrid beings appear against acid skies and barren landscapes, creating surreal, otherworldly scenes that sit uncomfortably between nightmare and dream. Nature Interrupted, Celina Teague’s fifth solo show at Kristin Hjellegjerde gallery, takes a deep dive into the dark underbelly of our planet’s biosphere where animals and plants are overcome by human detritus. They appear futuristic, unwholesome, alarming, but at the same time, Teague’s fervent colour palette commands presence: we are challenged not only to look, but to face up to the reality of what we see.

Next Story:
Ghost Like Traces: Between the Ephemeral & the Permanent