Analysis found the differences in brain activity were insignificant, suggesting the aesthetic experience is not denigrated by being filtered through AR and VR. 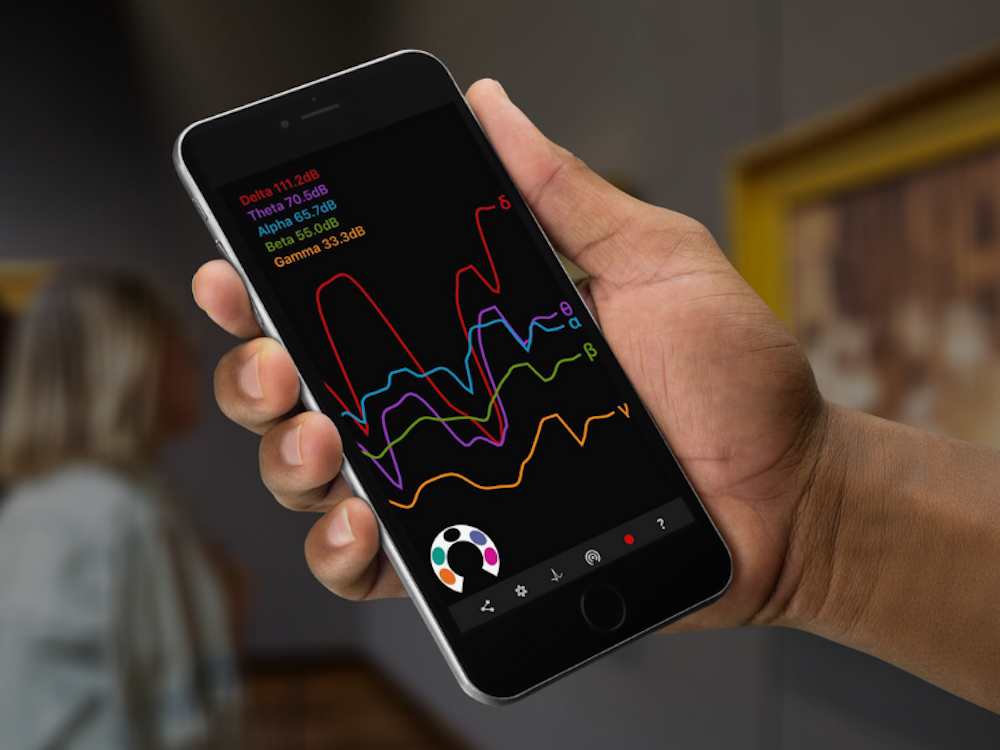 [dropcap style=”font-size:100px;color:#992211;”]T[/dropcap]here may be little difference between how our brains perceive works of art in person versus via digital reproductions, a new study from Cuseum, a Boston-based museum engagement platform suggests.

Cuseum conducted the study, titled “Neurological Perceptions of Art through Augmented & Virtual Reality”, over the course of 10 months, and released their findings in May. Pawan Sinha, a professor of vision and computational neuroscience at Massachusetts Institute of Technology, was the study advisor.

The tests were conducted at the Museum of Fine Art Boston in order to replicate a typical art-viewing experience. Nine participants, none of whom were art experts and had limited previous exposure to augmented and virtual reality experiences, were outfitted with Muse2 headsets, which feature two EEG electrodes.

Each participant was tested five times, under the same conditions. They encountered a real painting, a 2-D image on an iPad of the same work, and the work in augmented reality, seen through their smartphone and an Oculus virtual reality headset. The paintings in the study all featured thick brushstrokes, and were either abstract canvases or Impressionist landscape or portrait paintings.

The study compared brain activity in the alpha and gamma bands, and found the differences in readings were not statistically significant, suggesting that the aesthetic experience wasn’t denigrated by being filtered through AR and VR, and was as neurologically stimulating as encountering art in real life. This does not, however, mean that art lovers can seamlessly replace trips to museums and galleries with digital art.

“The results are interesting, but should be considered preliminary,” Sinha told artnet. “Muse2 gives one a very limited glimpse into the richness of brain activity. With just a handful of EEG sensors, one cannot hope to capture nuances of the activity of tens of billions of neurons in the brain.” However, “if two conditions evoke exactly the same neural activity right down to all of the neurons (which also incorporates effects of past experiences/memory), then our experiences will be indistinguishable across them.”

Cuseum hopes the study’s findings might challenge assumptions about how we experience art — particularly Walter Benjamin’s 1935 essay “The Work of Art in the Age of Mechanical Reproduction”, and its assertion that ‘even the most perfect reproduction of a work of art is lacking in one element: its presence in time and space, its unique existence at the place where it happens to be’.

Next Story:
21 Years in Hell: Marilyn Manson by Perou