A stylish photo study that’s at least as much of a charm thanks to how photographer Ralph Perou places each image into context in his own inimitable way. 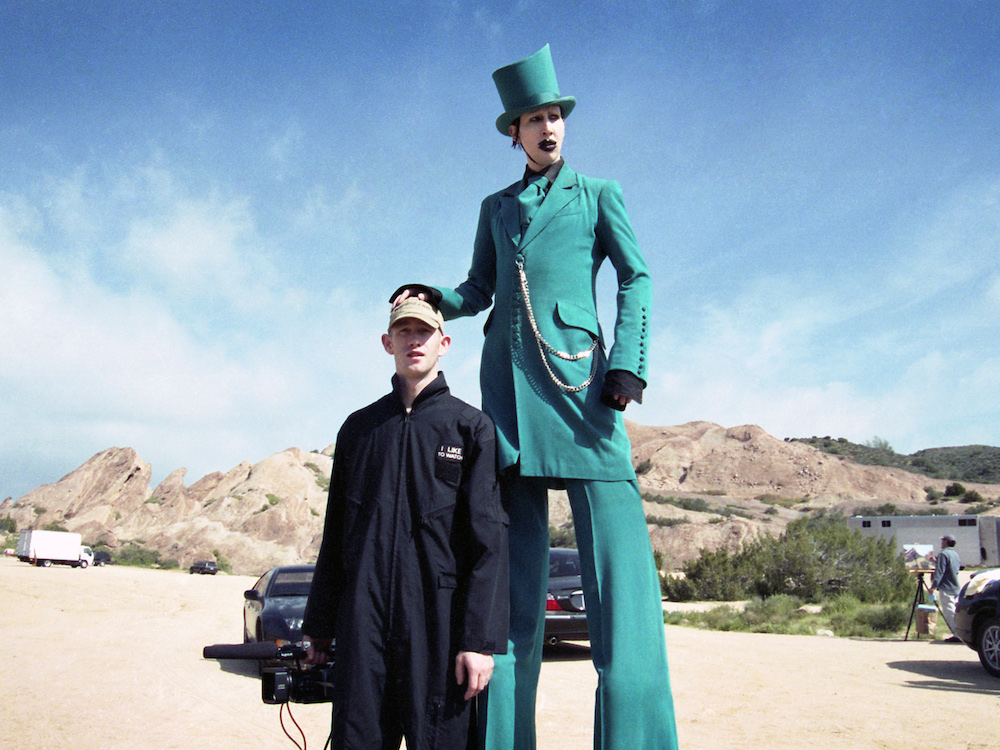 [dropcap style=”font-size:100px;color:#992211;”]M[/dropcap]arilyn Manson must be one of the most photographed performers in rock history. Since first emerging out of the unhallowed depths of 90s Florida, both the man and the band have moved through a wealth of different aesthetics, from goth kids to sharp suits via vintage dresses and prosthetics.

But the thing which really makes Marilyn Manson stand out is his intellect: there has always been method to his madness. So, this collaborative photography book, collated by long-term photographer of the band, Ralph Perou, is at least as much of a charm thanks to how Perou uses recorded conversations with Manson, as he places each image into context in his own inimitable way.

Noting that — back in the day at least — photographers could get sent around the world on assignments, Perou remembers his first meeting with Manson in 1998, for a Time Out cover which incensed the Archbishop of Canterbury. It’s a strong start. The photographs are not typically chronologically ordered, though, moving around through different albums and promotional shots. This chosen approach means that, for instance, mOBSCENE (2003) images sit right alongside Holy Wood (2000) era images; it’s interesting to see the range of different styles Manson has developed and used. Interesting too is hearing Manson’s rationale for his different looks: always self-deprecating, there’s a tale behind each photoshoot and his anecdotes are at least as engaging as the photos themselves.

Manson is the clear focus of the book throughout, though it does include several sections of behind-the-scenes photos too, with now long-since-departed band members; these candid photos offer a completely different perspective to the very polished photoshoots but overall, it benefits the book as a whole that they’re included. Certainly, you wouldn’t see many of these images elsewhere. This is a very engaging and stylish photo study which has clearly been put together with care and Perou has made the most of his unprecedented access to a distinctive musician. Fans of the band will adore this book both for its nostalgia element and its sense of kinship with Manson himself.

Marilyn Manson by Perou: 21 Years in Hell is published by Reel Art Press and available now in the UK and 23 June in the US