Smug-Shaming, or Why We Love to Hate Hippies

When you don’t seek out ethical products, you denigrate those who do

We do mostly try to shop and live in as ethical a way as possible, but why do we hate those who manage to do so more effectively than us? Ohio State University have gone to great pains to figure it out. We can probably help them with that.

No one wants to knowingly buy products made with child labor or that harm the environment.

But a new study shows that we also don’t want to work too hard to find out whether our favorite products were made ethically. And we really don’t like those good people who make the effort to seek out ethically made goods when we choose not to.

In fact, we denigrate consumers who act more ethically than we do, seeing them as less fashionable and more boring. Worst of all, seeing others act ethically when we don’t undermines our commitment to pro-social values.

“It is this vicious cycle,” said Rebecca Walker Reczek, co-author of the study and associate professor of marketing at The Ohio State University’s Fisher College of Business.

“You choose not to find out if a product is made ethically. Then you harshly judge people who do consider ethical values when buying products. Then that makes you less ethical in the future.”

Walker conducted the study with Daniel Zane, a graduate student at Ohio State’s Fisher College, and Julie Irwin, a professor of marketing at the University of Texas at Austin. The results appear online in the Journal of Consumer Psychology and are slated to be a published in a future print edition.

In earlier research, Irwin had found that consumers often choose to be ‘willfully ignorant’ when it comes to how their favorite consumer goods were made. They will consider ethical information, such as whether a product was made using fair labor practices and in an environmentally friendly way, if it is readily available, such as on product packaging. But they won’t go through the trouble of looking on a website or asking a salesperson.

For this new research, Reczek and her colleagues conducted several experiments to determine the consequences of this willful ignorance.

In the first study, 147 undergraduates were told they would be evaluating four brands of blue jeans that differed on only four attributes: style, wash, price and a fourth attribute. The fourth attribute pertained either to an ethical issue (whether the company used child labor) or a control issue (delivery time for the jeans).

Participants were told that due to time constraints, they could choose only two of the four attributes to make their evaluations.

As expected, most of the participants who were given the opportunity to know whether the jeans were made with child labor chose to remain ‘willfully ignorant.’ 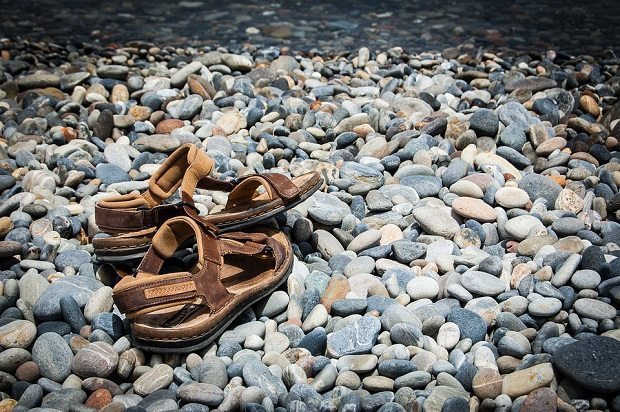 That was key to the next part of the study, in which the same participants provided their opinions about different types of consumers, purportedly for market segmentation purposes.

Those who were willfully ignorant about child labor use on the jeans they evaluated were asked to rate consumers who would choose to research clothing manufacturers’ labor practices before making a purchase. The finding? These participants were more likely to denigrate these ethical consumers as odd, boring and less fashionable, among other negative traits.

However, participants who didn’t choose to find out about delivery times on the jeans they evaluated didn’t judge those who did investigate delivery times more harshly. It all had to do with the ethics.

“Willfully ignorant consumers put ethical shoppers down because of the threat they feel for not having done the right thing themselves,” she said. “They feel bad and striking back at the ethical consumers makes themselves feel better.”

In this case, willfully ignorant participants who donated to charity did not harshly judge consumers who acted ethically when buying products.

“If we give people a chance to prove that they are indeed ethical, they don’t judge more ethical consumers as harshly,” Reczek said.

A third study showed what could happen when people choose to remain willfully ignorant about ethical concerns when shopping. In this experiment, consumers who didn’t consider environmental concerns when choosing a backpack — and denigrated those consumers who did — were less likely to later support a pro-sustainability ‘Think Green Pledge’ online.

“After you denigrate consumers who act ethically concerning a specific issue, you actually care a little less about that specific issue yourself,” Reczek said. “This may have some disturbing implications for how ethical you will act in the future.”

Reczek said the results of this study suggest consumers want to do the right thing — they just need help to do it.

“Most consumers want to act ethically, but there can be a discrepancy between their desires and what they actually do,” Reczek said.

“Companies that use ethical practices in producing their products can help by making that information very prominent, right on the packages if possible. People are not going to go to your website to find out your company’s good deeds. If consumers don’t see ethical information right when they are shopping, there can be this cascade of negative consequences.”

Previous Story:
When All is Dark, Have Faith in Night