The first time I heard them was listening to ‘It’s the Beat’ whilst driving through an unusually sunny Abergavenny in an open top Mini with lots of locals looking at us like we were absolute twats.   Which is probably what we were, but it was fun nonetheless.

But whilst I still love that song, and the occasional other track they’ve come out with, overall, I’ve always found their albums a bit underwhelming.  And, unfortunately their latest, a live album recorded last year in Philadelphia, is no exception.

Their trademark sound is immediately in evidence, all all synthy organs that sound like they’ve been recorded in a church and strange clicks and beeps.  [quote]you can’t help 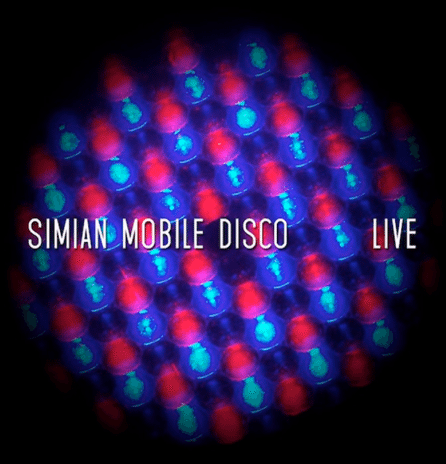 They do this very well, but after the set has meandered to nowhere very much after a few songs, you can’t help feeling that it all just feels a bit too much like every other type of EMD or pop-dubstep dance.   What sounded fresh in 2006 now sounds dated – and worse, like they haven’t really had any new ideas since then.

‘It’s the Beat’ and ‘Hustler Jam’ sound slightly tinny and unconvincing, ‘Aspic’ has more than a touch of Orbital about it, but without the charm or the ear for a hook of the Hartnoll brothers, and the female vocals of the last few tracks sound like they’re trying to build to some sort of euphoria which just ain’t happening for me.

Maybe you had to be there.

Or maybe it’s because they’ve released this unedited that leaves it feeling like something that’s happening at a distance.

That’s always part of the problem with live dance music albums.  Unless they’re really well done, there’s a feeling that you needed to be on the dancefloor to appreciate what is going on, and that what works inside the club doesn’t work inside your lounge.  The problem here is that I don’t even think that’s the case – it doesn’t sound like it was that much fun even on the night.  I can see my younger self banging on the wall and shouting “give me a goddamn drop!”, or at least, something….

Unfortunately, it’s just more of the same, to the point where sometimes it’s even hard to tell the songs apart.  If you like everything Simian Mobile Disco have done, then you’ll probably like this.  For me, it works in moderation, but over a whole album I can’t help thinking that even the person dancing like Bez because they’ve taken too much ketamine would get bored with this.

One to avoid.Simian Mobile Disco are a band. They make music with the name Simian Music Disco.

Previous Story:
Life’s a bitch but Thatcher was a politician

Next Story:
Cleaning up use of Bath Salts