R
ailways are unprepared for the effects of cosmic events?

Oh we beg to differ. You can bet they’re just aching for the opportunity to roll out the ‘wrong kind of stellar electromagnetism on the line’ announcement.

The JRC has been looking into the risks of space weather impact on critical infrastructures. A new report explores the rail sector’s vulnerability and the potential impacts, in particular through interdependencies with other infrastructures. Awareness among operators and regulators worldwide is currently limited and vulnerabilities across the rail sector need to be identified, authors say.

Solar activity affects the space environment surrounding the Earth. This so-called space weather can disrupt and damage critical infrastructure in space and on the ground, including satellites, aviation, road and marine transport, banking and power grids. Society relies on these infrastructures and services, which have become inter- dependent and are therefore more vulnerable to space weather.

Railway networks could be affected in case of an extreme space weather event due to direct impact on system components, such as track circuits or electronics, or indirectly via dependencies on power, communications, and progressively on Global Navigation Satellite Systems (GNSS) for timing and positioning. While most space weather-related studies focus on the impact on power grids, GNSS and aviation, little attention has been paid to the possibility of rail sector disruption. However, anomalies in 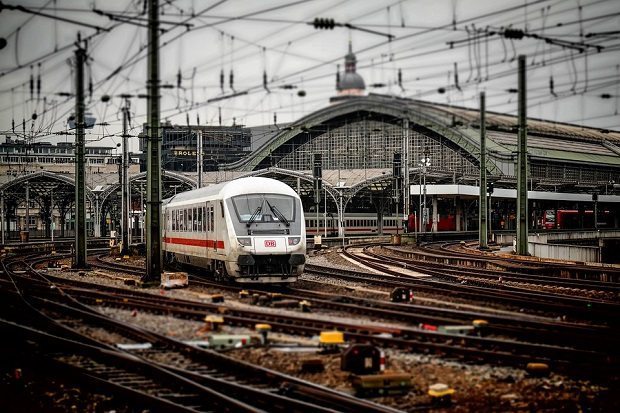 signaling and train control systems linked to this phenomenon have already been documented, and rail operations are dependent on other potentially space-weather prone technologies, such as power, communications, and systems for timing and positioning.

The report co-authored by the JRC summarises the results of a workshop organised in partnership with the Swedish Civil Contingencies Agency, the UK Department for Transport and the US National Oceanic and Atmospheric Administration (NOAA) in September 2015. Representatives from the rail sector, insurance, academia and European and North American government agencies attended.

The participating experts concluded that the vulnerability of the railway sector to space weather varies from country to country due to different system architectures and operational approaches. They recognised that during extreme space-weather situations, multiple infrastructures could be affected at the same time, with potential consequences on rail operations. The experts also concluded that the move towards more automation in future rail traffic management will likely add vulnerabilities to space weather to the rail network due to the increasing use of GNSS. Backup systems to mitigate the risks of GNSS loss are therefore required.

Building resilience to space weather across the rail sector requires the identification of its vulnerabilities and options for mitigating this risk, including the possibility to use 24/7 early warning capacities that are available in Europe and the US, and which are already being used by power grid operators and aviation. To cope with the risks of extreme space weather, the experts recommended multilateral and international collaboration for preparedness.