The growing fleet of electric cars will put a lot of new strain on the United States‘ aging electrical distribution systems. News item 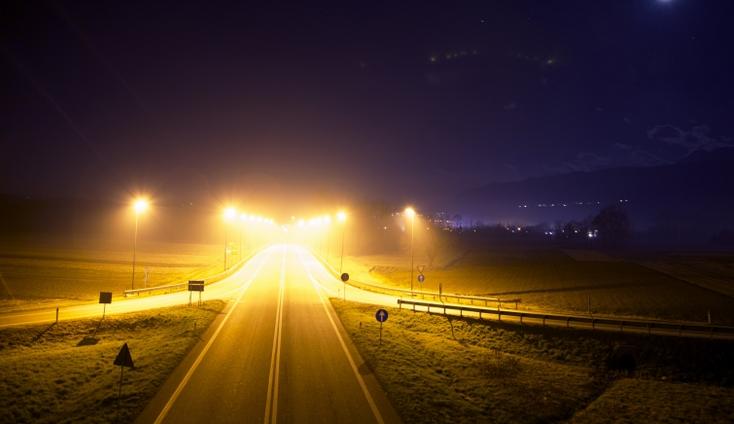 Go without driving, or go without 30,000w Christmas lawn decorations.

Selecting a Chevy Volt, Tesla Model S, Nissan Leaf — or one of many other new models — shoppers in the United States bought more than 96,000 plug-in electric cars in 2013. That’s a tiny slice of the auto market, but it’s up eighty-four percent from the year before. By 2020, the International Energy Agency forecasts, there will be 20 million electric vehicles on the world’s roads, many of them plug-ins.

This is good news in terms of oil consumption and air pollution. But, of course, every plug-in has to be, well, plugged in. And this growing fleet will put a lot of new strain on the United States’ aging electrical distribution systems, like transformers and underground cables, especially at times of peak demand — say, six in the evening when people come home from work.

How to manage all these cars seeking a socket at the same time — without crashing the grid or pushing rates to the roof — has some utilities wondering, if not downright worried.

Now a team of scientists from the University of Vermont have created a novel solution, which they report on in the forthcoming March issue of IEEE Transactions on Smart Grid, a journal of the Institute of Electrical and Electronics Engineers.

“The key to our approach is to break up the request for power from each car into multiple small chunks — into packets,” says Jeff Frolik, a UVM engineer and co-author on the new study.

By using the nation’s growing network of “smart meters” — a new generation of household electric meters that communicate information back-and-forth between a house and the utility — the new approach would let a car charge for, say, five or ten minutes at a time. And then the car would “get back into the line,” Frolik says, and make another request for power. If demand was low, it would continue charging, but if it was high, the car would have to wait.

“The vehicle doesn’t care. And, most of the time, as long as people get charged by morning, they won’t care either,” says UVM’s Paul Hines, an expert on power systems and co-author on the study. “By charging cars in this way, it’s really easy to let everybody share the capacity that is available on the grid.”

Taking a page out of how radio and internet communications are distributed, the team’s strategy will allow electric utilities to spread out the demand from plug-in cars over the whole day and night. The information from the smart meter prevents the grid from being overloaded. “And the problem of peaks and valleys is becoming more pronounced as we get more intermittent power — wind and solar — in the system,” says Hines. “There is a growing need to smooth out supply and demand.”

At the same time, the Vermont teams’ invention — patent pending — would protect a car owner’s privacy. A charge management device could be located at the level of, for example, a neighborhood substation. It would assess local strain on the grid. If demand wasn’t too high, it would randomly distribute “charge-packets” of power to those households that were putting in requests.

“Our solution is decentralized,” says Pooya Rezaei, a doctoral student working with Hines and the lead author on the new paper. “The utility doesn’t know who is charging.”

Instead, the power would be distributed by a computer algorithm called an “automaton” that is the technical heart of the new approach. The automaton is driven by rising and falling probabilities, which means everyone would eventually get a turn — but the utility wouldn’t know, or need to know, a person’s driving patterns or what house was receiving power when.

But what if you come home from work and need to charge your plug-in right away to get to your kid’s big basketball game? “We assumed that drivers can decide to choose between urgent and non-urgent charging modes,” the scientists write. In the urgent mode the vehicle requests charge regardless of the price of electricity.

In this case, the system gives this car the best odds of getting to the front of the line, almost guaranteeing that it will be charged as soon as possible — but at full market rates instead of the discount rate that would be used as an incentive for those opting-in to the new approach.

Why put plug-in cars on “packetized” demand instead of all the other electric demands in a house? Because the new generation of car chargers, so-called “Level 2 PEV chargers” are likely to be the biggest power load in a home. “The load provided by an electric vehicle and the load provided by a house are basically equivalent,” says Frolik. “If someone gets an electric vehicle it’s like adding another house to that neighborhood.”

Imagine a neighborhood where everyone buys a plug-in car. Demand doubles, but it’s over the same wires and transformers. Concern about overload in this kind of scenario has led some researchers and utilities to explore systems where the company has centralized control over who can charge when. This so-called “omniscient centralized optimization” can create a perfectly efficient use of the available power — in theory.

The car as a tool of autonomy

But it also means drivers have to either be willing to provide information about their driving habits or set schedules about when they’ll charge their car. This rubs against the grain of a century’s worth of understanding of the car as a tool of autonomy.

Others have proposed elaborate online auction schemes to manage demand. “Some of the other systems are way too complicated,” says Hines, who has extensive experience working with actual power companies. “In a big city, a utility doesn’t want to be managing millions of tiny auctions. Ours is a much simpler system that gets the job done without overloading the grid and gets people what they want the vast majority of the time.”