To protect against injuries, young athletes may need to play more just for fun 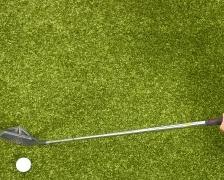 Jumpers for goalposts, skinned knees and grass stains, running behind the bike sheds for a 50p feel up of April Jenkins, barely contained rage and hidden punches, rocks in a sock, a stick in your eye, innocence unbound. Before the endorsements and caffeinated drinks for kids there was the rule of might, brute force meted by the undying savages of youth.

Better memories of bitterness from the ages before photographic evidence.

One way to avoid injuries in young athletes may be for them to simply spend more time in unorganized free play such as pick-up games, a Loyola University Medical Study has found.

In a first-of-its-kind study, sports medicine specialist Dr. Neeru Jayanthi and colleagues found that injured young athletes who play a single sport such as tennis spent much less time in free play and unorganized sports than uninjured athletes who play tennis and many other sports. Jayanthi presented his findings at the Society for Tennis Medicine and Science and United States Tennis Association-Tennis Medicine and Injury Conference in Atlanta.

In this collaborative study, Jayanthi followed 891 young athletes who were seen at Loyola University Health System and Lurie Children’s Hospital of Chicago clinics. Participants included 618 athletes who sought treatment for sports injuries and 273 uninjured athletes who came in for sports physicals. Study participants included 124 tennis players (74 of whom played tennis exclusively). Among single-sport tennis players, the ones who suffered injuries spent 12.6 hours per week playing organized tennis and only 2.4 hours per week in free play and recreation. By comparison, the uninjured tennis players spent only 9.7 hours per week playing organized sports, and 4.3 hours a week in free play and recreation, even while having a similar total number of weekly hours.

“Our findings suggest that more participation in a variety of unorganized sports and free play may be protective of injury, particularly among tennis players,” Jayanthi said. Jayanthi is director of Primary Care Sports Medicine, Tennis Medicine, and an associate professor in the departments of Family Medicine and Orthopaedic Surgery and Rehabilitation of Loyola University Chicago Stritch School of Medicine. Co-investigators in his study are Stritch medical students Erin Feller, Daniel Fischer and Courtney Pinkham, and Dr. Cynthia LaBella and co-investigators at Children’s Memorial Hospital. The findings are a subset of an ongoing, prospective study of young athletes who are seen in clinics and followed for three years.

The study has enrolled 891 athletes so far, and has received two grants from the American Medical Society for Sports Medicine. The study began as a project in a Loyola program called STAR (Student Training in Approaches to Research). More than one-third of Stritch School of Medicine students participate in formal research programs such as STAR. Evidence demonstrates that such students become better physicians by understanding and practicing evidence-based medicine.