Where are all the Penguins? 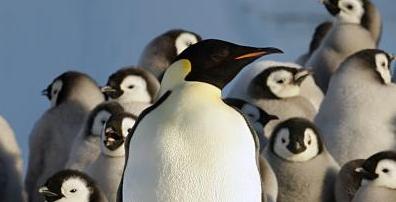 [dropcap style=”font-size:100px; color:#992211;”]I[/dropcap]t’s not enough to know that the emperor penguins are all in Antartica, we need to know exactly where in Antartica they are, right down to the GPS co-ordinates.

Yep, there’s an app for that.

Penguins residing on Antarctica’s ice sheets must face moving, breaking, and shifting ice. Accurate monitoring of population trends is critical to understanding the ongoing rapid changes in Antarctic ecosystems. However, the remoteness and logistical complexity of operating in Antarctica, especially during winter, can make such an assessment difficult. 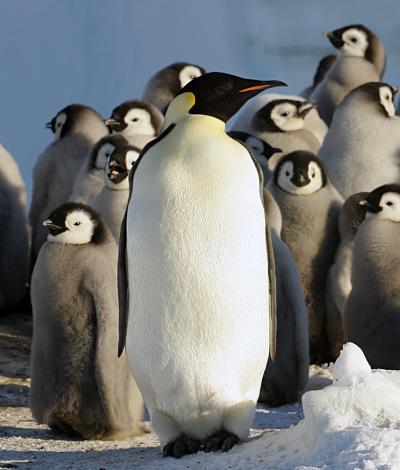 Satellite imaging is being increasingly recognized as a valuable method for remote animal population monitoring, yet its accuracy and reliability are still to be fully evaluated. In this study, the authors report on several successive remote surveys in the coastal region of East Antarctica, both before and after sudden local changes. Additionally, they describe the first ground visit of an emperor penguin colony initially discovered by satellite.

The ground survey resulted in the discovery of a second penguin colony not indicated by satellite survey. The researchers found that these two colonies, with a total of ~ 7,400 breeding pairs, are located near the Mertz Glacier in an area that underwent tremendous habitat change after the glacier tongue broke off in February 2010. The authors suggest these penguins have considerable potential for rapid adaptation to sudden habitat loss, as the colony detected in 2009 may have moved and settled in new breeding grounds.

Overall, the ability of emperor penguin colonies to relocate following habitat modification underlines the continued need for a mixture of both remote sensing and field surveys, especially in the less-frequented parts of Antarctica, to gain reliable knowledge about penguin populations.